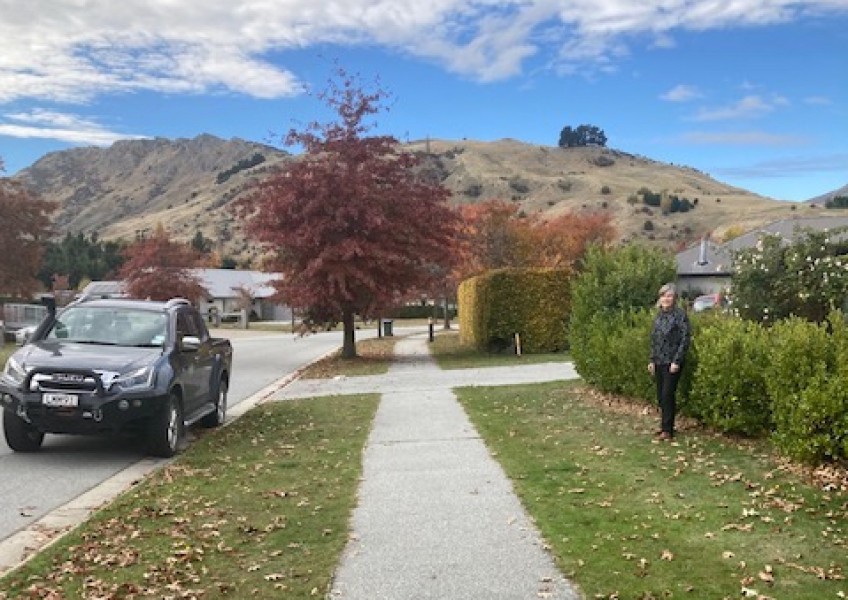 The owners of a property in Lake Hayes Estate set to have a new bus shelter built on their boundary reckon council’s consultation on the proposal was a sham.

At a meeting of Queenstown Lakes District Council’s Traffic and Parking Subcommittee held via Zoom on March 10, councillors unanimously gave greenlight to the shelter outside 24 Erskine Street.

Earlier that day, Marilyn Columb, who lives at number 24, spoke to a hearing’s panel on behalf of her and and her husband, saying they vehemently opposed the project.

Hours later, it was a done deal.

Denis Columb says the bus shelter will devalue the property and impact on their lifestyle.

“We’ve lived here for 16 years, with a nice view of Coronet Peak looking out the front.

“We have a really nice, sunny, quiet spot.

“And now we’re going to have a bus stop jammed right in front of our house.

“We’re going to have this monster bus shelter right on our boundary.” 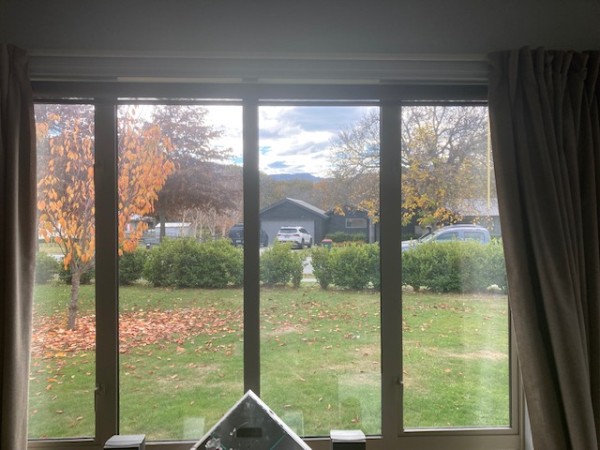 The view from the Columb's lounge-room window will change dramatically when QLDC builds an 8mx2m bus shelter on their front boundary (Photo supplied).

The bus shelter will be eight metres by two metres, and there’ll be racks to park bikes and to support skis and snowboards, and rubbish bins alongside.

The bus stop itself will be 12 metres long and will rule-out on-street parking outside the Columb’s home.

Grass with also be ripped up to make way for an additional 10 metre by two metre ashpalt and paved waiting area.

In Mr Columb’s opinion, the council had already made up its mind to proceed with its plans before hearing his and his wife’s views, he says.

“It was a predetermined outcome.

“That meeting was an absolute waste of time.”

However, QLDC is defending the claims, saying the Columb’s and other property owners directly adjacent to the new bus stops were formally consulted

“All feedback was considered by the traffic and parking subcommittee and changes were made to the original proposal to reflect this,” a spokesperson says.

At its March meeting, the subcommittee chose not to proceed with a shelter planned for the opposite side of the road, adjacent to Walnut Grove Reserve.

But that decision just infuriates the Columbs even further.

“It’s a reserve. It’s in front of their own land. Ruin your own frigging land. Let people walk across the road. What’s the big deal?” 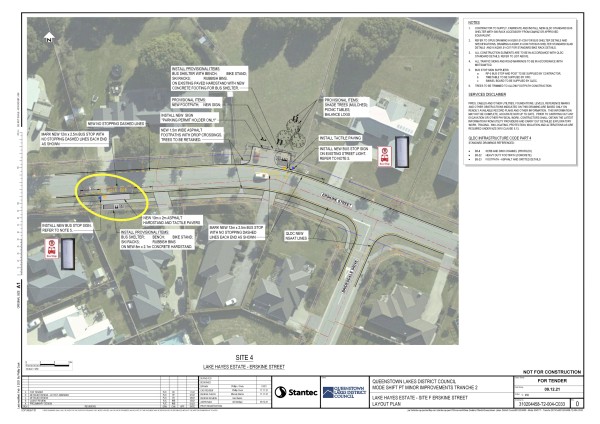 The plans as provided to the QLDC's Traffic and Parking Subcommittee. Crux has highlighted the bus stop and shelter adjacent to the Columb's home, which the subcommittee members voted for. They chose not to proceed with the planned shelter across the road adjacent to the reserve.

Mr Columb feels like there’s one rule for council, and another for ratepayers.

“When we built this house, you had to be four-and-a-half metres from your boundary, because it's all so important, until the council wants to do something.”

“It has been a journey, and no doubt it will continue to be one with the comminity and how we continue to make space and provision for public transport as a growing community.

“These stops that are proposed, and the facilities that are proposed on them, are in the interest of creating an attractive service that helps us to make public transport the number one choice for travel in the district.”

Committee chairman Quentin Smith acknowledged in the meeting the new bus stops had been an emotive issue for those impacted by their placement.

“We really balanced that up against the broader context.

“We are going to need to change how we get around to some degree.

“The assessment is that could be in the order of 40 percent mode shift, which means that four out of six of the residents in Lake Hayes on any given day will need to be sharing a ride, catching a bus, riding or...not physically going to work - working remotely.”

A QLDC spokesperson says the new bus stop facilities on both sides of the road out the front of the Columb's property will cost $100,000, and will be funded by the Wakatipu public transport low cost, low risk programme, which receives a subsidy from the Otago Regional Council and Waka Kotahi NZ Transport Agency.

Crux asked QLDC for bus user numbers on the route outside the Columb's home, and how it determined the bus shelter and associated facilities were warranted.

QLDC did not supply us with any data.

"You will need to contact Otago Regional Council as the service operator for this information."

Up until now, bus stops have been largely absent from residential streets in Lake Hayes Estate and the service through the subdivision has largely relied on users flagging down the drivers at informal stops.

"The 'hail and ride system' was not providing a consistent level of service. With formal bus stops the service will consistently use the same roads and match the published timetables more reliably," the QLDC spokesperson says.

Main image (Supplied): Marilyn Columb on the verge outside her home on Erskine Street in Lake Hayes Estate, where QLDC is set to locate a eight-metre-long bus shelter.