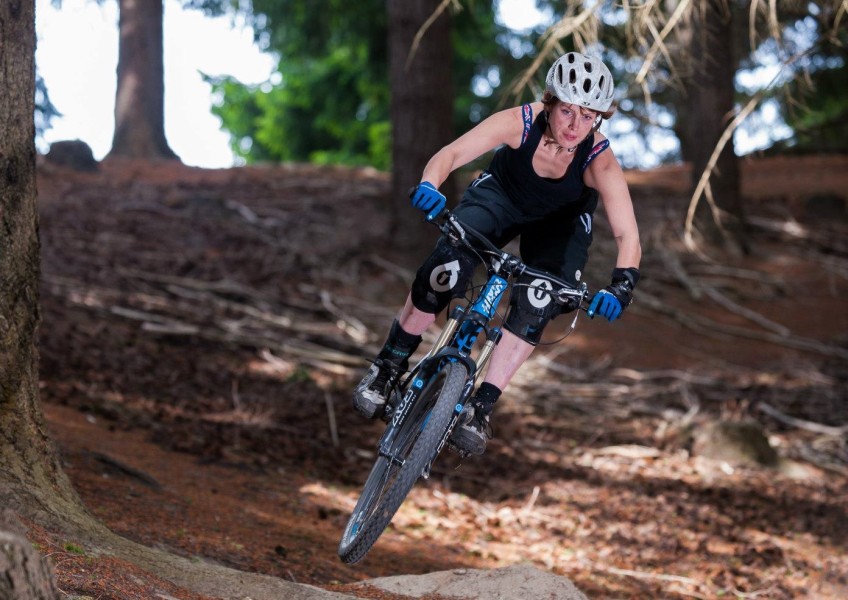 A road may be built from a new subdivision to the Sticky Forest biking tracks in Wānaka if a developer gets go-ahead from the council.

If successful it may pave the way for future development of the popular recreational site.

The Queenstown Lakes District Council wants to know how members of the public feel about the proposal, which will require a plan change to proceed.

It proposes removing part of a building restriction area to allow a road, plus the infrastructure services like underground pipes and cables that usually follow roads, from the Northlake Special Zone to the adjacent Sticky Forest land.

The proposed plan change will also free up more land for residential development, which could result in up to 63 additional dwellings in the northwest of the site.

Currently, parts of this area had been tagged as open space, with no built development anticipated.

In documents provided to the council in support of its proposal, Northlake Investments Limited says this land is, now, actually ripe for development.

“The land has been significantly re-shaped as part of earthworks required for the various stages of the NSZ subdivision…the topography of the land area subject to the change is suitable for urban residential subdivision and development,” it says.

It also sets the scene for a future where not just this land but land in the Sticky Forest may accommodate housing.

“Sticky Forest is currently landlocked and the proposed road access and servicing corridor through Northlake will provide opportunity to accommodate residential growth within the Sticky Forest landholding.”

The Northlake developer is asking to put houses on land in the north-west of the site previously set aside as open space and to create a road to the Sticky Forest block (Image from the developer's documents provided to the QLDC).

Exactly what’s in store for Sticky Forest remains in the hands of the Environment Court.

The land, used by mountain bikers, who enjoy more than 30 kilometres of trails on it, is held by the Crown on behalf of an interim list of owners that numbers as many as 1,800 individuals.

It’s not zoned for housing, but how long it remains that way is up in the air.

In 2017 one of the then owners on that list, the late Mike Beresford, sought to have approximately 20 hectares of the forest rezoned to allow for residential development.

Mr Beresford was acting as an individual and not as a representative of the group.

His bid was rejected by the Queenstown Lakes District Council, and he subsequently lodged an appeal with the Environment Court.

One local spoken to by Crux says he has concerns about the proposal and wants to encourage other residents of the Upper Clutha to consider it and have their say.

The man, who wishes to remain anonymous, says he lives in Northlake and is anticipating building on a new section in the future.

"I have nothing against the plan for additional dwellings as proposed...it is a good spot for houses there that is not going to change the character of the place much or put any unreasonable stress on the infrastructure.

"The thing I'm worried about is the proposal for the access road to the Sticky forest for 'service and maintenance' purposes. I fear that if at some point a decision will be made to log the forest or parts of it then we would have logging trucks and other heavy machinery travelling through the heart of Northlake and also crossing an important walking and biking path along Aubrey Road that many people use for their daily commute to work and school."

He, along with members of his family, are keen users of the bike trails in Sticky Forest. In an ideal world, it would remain landlocked, he says: "Better still is to not create an access road to the forest, to make it less compelling for the forest to be considered for future housing rezoning".

In a statement on the proposal, QLDC’s planning and development boss Tony Avery says this latest private plan change has “no impact on Sticky Forest, which is subject to a separate ongoing rezoning appeal”.

He says the contents of this most recent plan change have been entirely set by the developer, and are not council-led.

The proposed private plan change is one of two notified by the council this week.

The other proposes three variations to the district plan related to building coverage and the prohibition of visitor and homestay accommodation in the Coneburn Industrial Zone Notification,

“If adopted, these variations will better align future activity in this area with the overall strategic intent of the District Plan,” Mr Avery says in the statement.

Both proposed plan changes were notified on Thursday, with submissions closing at 5pm on Thursday, November 24.

Interested in making a submission or finding out more? Check out the relevant pages of the council’s website (here for Northlake and here for Coneburn).