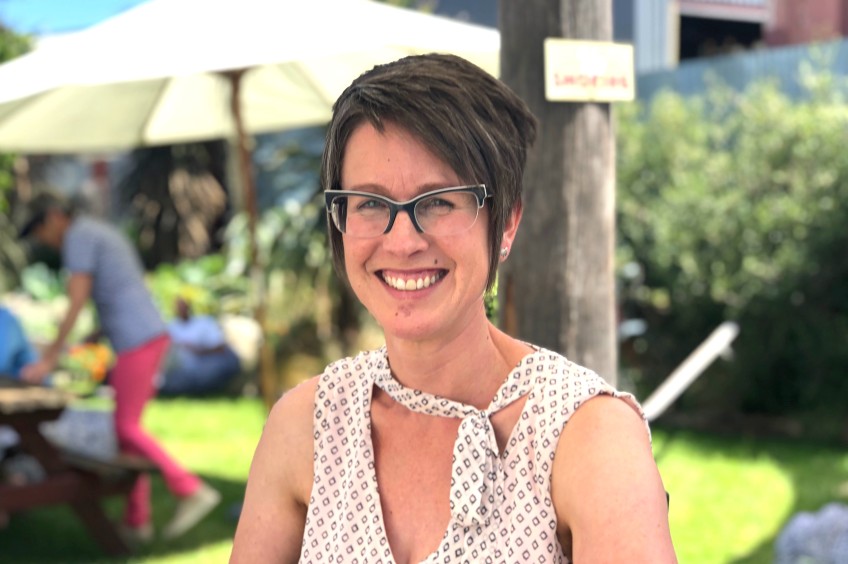 One of the first things that strikes you when you meet Niamh Shaw (after the Irish accent) is her sense of humour. She may have married a Kiwi and be councillor for QLDC, but when it comes to wit, she’s true to her Irish roots. Her name is pronounced Neve by the way - the same as the Prime Minister's daughter.

Among other factors, it’s this honesty and humour which probably helped Niamh win the hearts of the Wanaka community when she ran for council, despite being a self-proclaimed ‘blow-in’, as they say in Ireland.

“I'm an Irish Mick. I've been here for less than three years. But that somebody like me can put my hand up and be elected to council - I think that's extraordinary. And it's an extraordinary comment on the type of community that we have.”

Niamh may only have been in this region for a few years, but you get the impression she’s had her fair share of life experiences. And she has - writing a book whilst living in the Middle East, for one.

“It’s humorous women’s fiction, or chick lit, and it was published all around the world. In fact, very excitingly, Cosmopolitan magazine in Bulgaria had it translated and included as a free gift!”

Chick lit, for the confused, is short for chick literature. “It's actually a style that is really suited to my sense of humour, which is a big part of me and my personality and who I am.”

This lightness is something Niamh brings purposefully with her into the council arena, particularly when it comes to public submissions. “It can be a forbidding environment, you get three minutes to say your piece, will all the councillors seated in a ring. So I make an effort to make eye contact and smile.”

Niamh is quick to smile, and laugh, but has an undeniably fiery spirit. She’s hesitant to say where she’d like to see change happen just yet, and understandably so, being only a couple of months into the new job.

“I'm still figuring out what is the most effective way to be assertive within an environment where where I'm just one of a team, you know.”

“I'm very conscious of the fact that I was elected by people who believe in me, and what I said during the campaign and how I acted. And I’m more than happy in staying true to that, but I am also conscious now of being one of 11 people around that table.”

Niamh says the first few weeks as councillor have been full on, to say the least. “For me, the landscape is totally, totally different because you're not just talking about politics, you're talking about legal and corporate as well, and you take those areas and they're just so huge.”

“So I’ve found it absolutely full on, but I would imagine that that's a pretty normal reaction and I haven't been able to tell yet whether that is just, you know, me trying to scramble up this steep learning curve, which is almost concave.”

Niamh says a great part so far has been getting to know fellow Wanaka counsellors Calum MacLeod and Quentin Smith, which unfolds mostly on the car trips across the Crown Range. 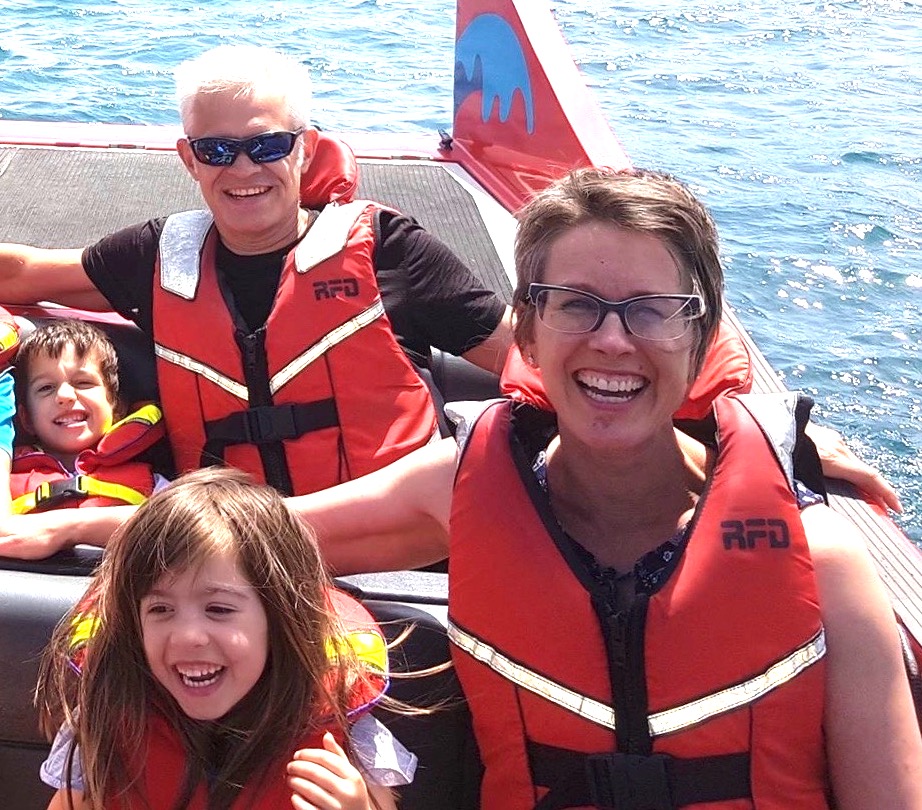 Niamh and her family - son Finn and husband Andrew at the back, daughter Saoirse in the front.

She has two young kids, Finn and Saoirse (pronounced Ser-sha - the same as inertia). Eight year old Finn, she says, has incredible empathy, and her little girl is after her own heart. “I think she's so awesome, that it actually makes me like myself! I love that she has that fire and spirit and confidence and my God, I just look at her and I think, good on you.”

Niamh wasn’t always one to raise her voice in the political sphere, though - as she points out, Irish politics in the 80s was not necessarily a career to aspire to.

“The first time I made a submission in New Zealand on possibly anything at all was the local resource consents submissions process.” She’s referring to her action opposing the actions of a well known developer, a battle most people in the community will be familiar with. Niamh is the driving force behind the group Wanaka Community Supporting our Northlake Neighbours.

It wasn’t the first time she’s felt frustrated by local politics, though, the first being when she lived in the Middle East. As well as being where she met her husband (when she gatecrashed a wedding), Dubai was home for Niamh for 10 years. After a brief stint in journalism, she worked mostly as a project manager in the telecoms vendor.

No sooner had she and her husband bought property in Dubai did the government announce a six lane highway to be built straight through the middle of the new subdivision. “Yes, I felt fired up, and that this was outrageous, but there was a big element of ‘look, this is how things happen here. I’m a guest in this country’.”

She felt the same way about what was happening on a wider societal level. “You look around and you see the extent of human rights abuse that there is within the Emirates and the way women are treated as part of the religion. And it's just accepted. And there came a point where I felt that I was compromising my own integrity to stay there.”

In the case of the local development in Wanaka this year, though, she felt she may be able to make a difference by raising her voice on behalf of those who would be affected by the proposed changes.

“I went into that fully expecting that justice would prevail, you know, and the community voice would, would be heard. But I think the outcome has made me quite cynical. Realistically, the system is flawed.”

This realisation didn’t douse the fire for Niamh, but rather fed the flame to stand for council - she says she has much better prospects of being able to help change that system from within it.

“Fighting that developer established my profile in the community. I didn't take that project on to run for council, but I couldn't have run for council without that visibility.”

It was a chance to get involved where there hadn’t been one in Dubai, too. “There was also no such thing as democracy out there, which was very...educational.”

“Here, it is still a big machine, don’t get me wrong, and I think one of the things that I'm handling at the moment is trying not to get consumed by the sheer scale of it.”

Niamh Shaw is now part of the local government system - for better or for worse.

She says what the council manages to achieve with the resources that it has is mind boggling. “A council naturally gets bashed, and it’s kind of ‘damned if we do, damned if we don’t’ but I do think it’s under-resourced and it is very hard to put in place good processes and work efficiently when you’re always fighting fires.”

That said, Niamh says the council is building a legacy, and while she’s sympathetic, it has a responsibility to ensure it’s doing the very best job that it can. And what she’s figuring out right now is exactly how to help it do that, and where best to channel that fiery Celtic spirit.