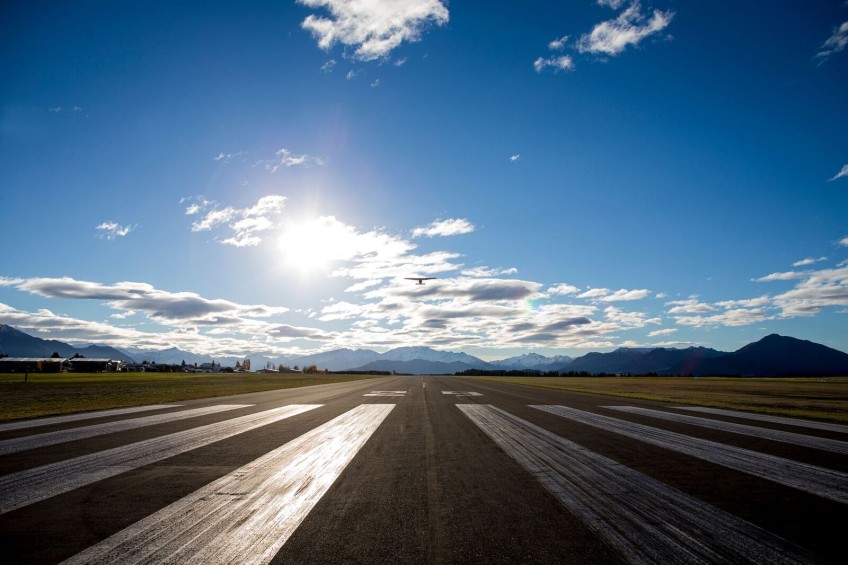 The newly formed Wanaka Stakeholders’ group is urging the Queenstown Lakes District Council to conduct an independent survey of residents in the Wanaka region for their views on the proposed redevelopment and expansion of Wanaka airport.

WSG convenor Michael Ross says the “ground has significantly altered” since the Queenstown Airport Corporation conducted two public workshops in May at which more than 140 members of the Upper Clutha communities were asked to “dream big” about the future of Wanaka Airport over the next thirty years. Michael Ross - "not anti-growth or anti-tourism."

“I don’t think the survey conducted by QAC in May was done in a manner that outlined to the community just what full commercial jet services would be coming into Wanaka. At that time they were just looking at future possibilities for Wanaka Airport and outlining a number of scenarios but there was still the expansion opportunities over at Queenstown Airport.

"However, the decision not to progress the expansion of noise boundaries to the next stage at Queenstown and the withdrawal of the plan change by QAC has meant QAC is advancing their plans for Wanaka Airport. Clearly, that is going to have significant impacts if it is going to accommodate the sort of numbers QAC was talking about,” Ross says.

The QAC is currently developing a Master Plan for Wanaka Airport and say they will continue to consult with stakeholders throughout the process but the QAC’s vision for Queenstown Airport and Wanaka Airport as outlined in their Statement of Intent 2019-2021 is for the two airports to “complement” each other and to position them collectively as a “World Leading Tourism Airport Group”.

Ross says WSG is not anti-growth or anti-tourism but, like the Queenstown Stakeholders Group, believes “it’s not the Queenstown Airport’s job to define our future”.

“It appears as if there is an awful lot going on behind the scenes that we don’t know about and presumably the public don’t know about it. I would hate to be blindsided by some major moves twelve months down the track, so it is best to conduct a survey now. The other reason for conducting a survey sooner rather than later is it could save the Queenstown Lakes District council a lot of money. The QAC is 75% owned by council so what is the point of them wasting a lot of money on an exercise in futility if the Wanaka community totally opposes the redevelopment of Wanaka airport,” Ross says.

Another founding member of the WSG is an airline captain who lives in Wanaka and flies jets in and out of Queenstown to 16 international airports. The pilot who does not wish to be named says he began his career at Wanaka airport and has twenty years flying experience. He says he has opposed the redevelopment and expansion of Wanaka Airport since the idea was first proposed and if jets come to Wanaka airport “we will be battling airport noise for ever and a day”.

Wanaka Airport. "If jets come in we'll be battling airport noise for ever and a day"

“We don’t know the exact flight path but Hawea and Hawea Flat are probably going be affected because of the mountains. The amenity value of Wanaka is also going to be affected by noise, places like Mt Iron, Dublin Bay, the outlet, Deans bank and the bike tracks. I can best describe the environmental effect of jets flying over Albert Town below 1000 feet as like putting plastic bags back into supermarkets when there are suitable alternatives.”

The lack of information surrounding the development of Wanaka airport and the impact of jets flying into Wanaka was discussed at a meeting of the Albert Town residents association just last week and it was agreed to seek community feedback on the issue.

Chairman Jim Cowie says the majority of flights would probably take off west and likely to have a major visual and noise impact over the Northlake subdivision. He says the association’s next newsletter which is distributed to about 260 households will include a questionnaire on the future of Wanaka airport.

Next week’s meeting of the  Luggate community association will also be discussing the impact of the QAC proposed expansion of Wanaka airport and whether to send out a questionnaire. Chairman Graeme Perkins says everyone he has spoken to is “strongly opposed”  to the development but he “needs to get a grip on what the community thinks”.

Perkins attended the QAC workshop in Wanaka in May but says it was “hardly an independent consultation as it was being done by the QAC who have an absolute vested interest in the airport expansion going ahead.” He said it was more a “publicity stunt”.

QAC spokesperson Naomi Lindsay says the QAC is currently discussing the feedback and ideas from the May vision workshops and an online survey held earlier this year and “will be engaging with the community shortly once we’ve reviewed all the feedback.”