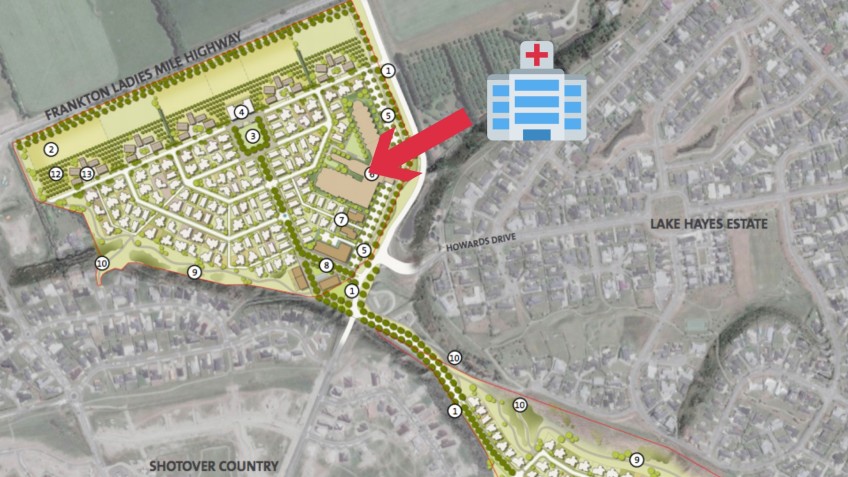 Crux understands that significant progress has been made towards the construction of a new hospital for the Southern Lakes district. A formal announcement is expected within weeks.

The hospital will be run on an independent basis with Southern Cross Hospitals handling the design and build process. The deal has been made possible by a local group that is currently only being referred to as a joint venture partner. Crux is aware of the identity of some of the people involved in a joint venture hospital trust. Mayor Jim Boult has also made it clear to Crux that the new hospital must offer public health services free of charge, as well a providing private elective surgery facilities.

It is understood that the new hospital won't offer accident and emergency services, but will offer aged care  and surgical facilities. A lack of aged care currently results in many people leaving the district for better serviced locations such as Invercargill and Dunedin. It's possible that the new hospital deal, by providing extra beds, could make it easier to further upgrade accident and emergency services at the existing Lakes District Hospital, beyond the current, modest $6.5 million project.

However, a big question mark still hangs over the current hospital, not just because it is small and old, but because it sits under the flight path of Queenstown airport. The airport is planning to significantly expand the number of flights into Queenstown, subject to public consultation and the agreement of the QLDC, which owns 75% of the airport.

Even the Southern DHB has called the existing hospital "woefully inadequate" with the Mayor going further calling the hospital "a joke". Sources close to the project say that the location of the new hospital is likely to be the Queenstown Country Club. This is an upmarket retirement facility currently being built by the Sanderson Group between the Lake Hayes Estate and Shotover Country sub-divisions. Crux understands Sanderson would back a future dementia unit as part of the larger independent hospital plan. However, Alastair Porter's Remarkables Park company is not yet out of the running with a new third land option, not involving Mr Porter, also being in play. Porter already has land ready for the hospital project and argues that his Remarkables Park location, with his own planned retirement village, makes more sense as a location as it is on the Queenstown side of the Shotover Bridge. The Remarkables Park hospital location is just south of Wakatipu High School.

Detailed designs for the new hospital are well underway, including three operating theatres and the possibility of staff accommodation on site. It's understood that only two operating theatres will be in service initially. Currently neither Queenstown nor Wanaka have any surgical facilities at all. The project is something of a "get out of jail free" card for the Southern DHB given their commitment to a new Dunedin Hospital at $1.6 billion and their generally stretched finances. The independent Southern Lakes hospital may well prove to be a springboard for the Southern DHB not only to rent space in Queenstown for operations but to consider a sustainable, long term accident and emergency solution that takes the district's three million annual visitors into account, as well as the rapidly growing residential population. Local health services lobbyist Dr Hans Raetz has been supporting the Remarkables Park hospital plan, as he is keen to bring a number of additional health specialists, including maternity services, into the project. Crux understands that there is no insurmountable reason why Dr Raetz could not form a similar relationship with the hospital project if it goes ahead at the Queenstown Country Club.

Andrew Blair, a prominent public health business consultant living in Arrowtown, is fronting the joint venture project but declined to provide Crux with any comment other than confirming that "positive and serious" commercial negotiations were well underway.

Read: The background to our hospital saga.