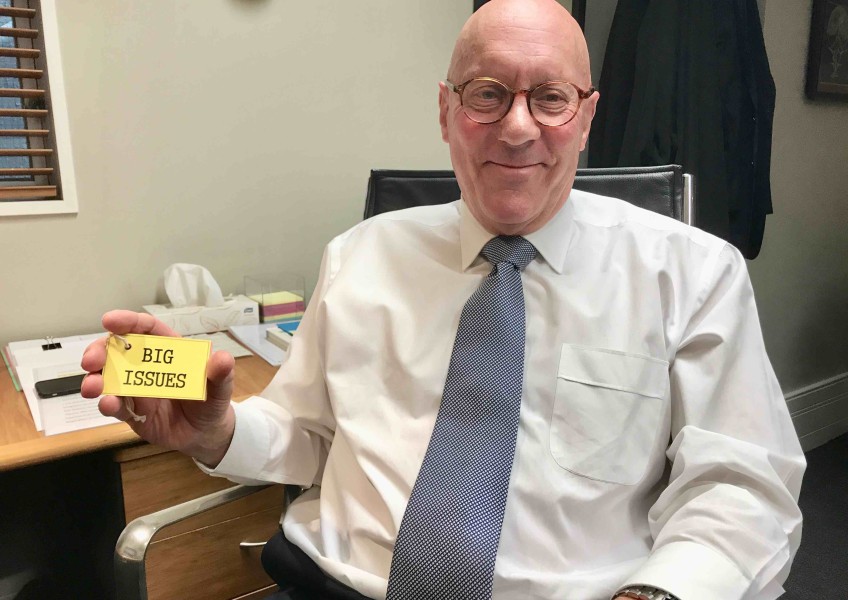 Mayor assembles new future forum - "it may be confronting"

Taking a page from his own affordable housing task force, Mayor Jim Boult is assembling a new community forum group to help steer the district to a long term future vision.

In a media release from the Queenstown Lakes District Council today, he announced that some smart navigation was required to build "a vision for the future that goes well beyond Council long term plans".

The move is designed to counter the tendency of political bodies to think and act short term.

Crux requested some detail on who exactly was involved in the forum project, and received this response:

"The conversation included hearing some diverse voices on their aspirations for 2050. The group heard the views of iwi, an older resident, a student, a nurse, a working parent and several ethnic minority voices. The next phase will include building on those voices, including the tangata whenua. Joining Mayor Boult in the initial discussion were Bridget Legnavsky, John MacDonald,  Ann Salmond, Sam Chapman, Dr Leslie van Gelder, Michael Sly, Mandy Bell and Martin Hawes. "The group was facilitated by Tony Balfour and joined by Mayor Boult and QLDC Chief Executive Mike Theelen. Between the group was passion and expertise in multiple and diverse areas including social issues, business diversity, tourism, sustainability, rural issues, landscape, education, affordable housing and academic thinking. One thing that was clearly highlighted by Mayor Boult and through this initial discussion was the need to throw the net widely and bring in further diverse voices and wider expertise including community, arts and culture, heritage, mana whenua, youth etc etc, as the conversation continues."

In a further quote from Jim Boult, he makes it clear that he sees no room for petty thinking or politicking.

"My hope is that this critical work can transcend individuals, agenda and politics and affiliations, and take us all back to the core values of why we are passionate about this great place."

He went on to say that the billion dollar ten year plan that has just been adopted by the council is the perfect springboard for thinking further into the future.

“That sets a strong foundation from which we can build a longer-term community vision. I think our communities are more than ready for this work. I think our environment demands it,” Mayor Boult said. Tourist capacity will be part of the future forum's remit.

"I envisage that this work will cover many issues, including where and how we live, how we move around the district, what will be the economic drivers and, importantly, whether there is a finite number of visitors we can host in the district without detracting from the amenity and environmental values we all treasure.

"The work would then drill down to the ‘how’ in terms of meeting those objectives. It will be challenging work and at times it may be confronting but the star of the show is our enduring landscapes, not the aspirations of any one generation. There (are) numerous international case studies to draw on as to how to avoid the unbridled ruination of premier destinations."

The QLDC statement from the Mayor will also give comfort to residents such as former World Bank economist Ralph Hanan (who is also a trustee of Crux's publisher, the Southern Community Media Trust) who has been pushing for a spatial plan that would pull together all development strands to avoid the "dog's breakfast" style of disjointed urban planning.

“Ultimately this work will influence and shape all things we do as a council beyond the scope of any of our existing long-term planning and thinking and I have no doubt it will challenge us. This work is also well timed in relation to the long-term spatial planning that council has underway. My hope is that it will remain relevant and enduring for decades to come. That is ‘my’ vision,” Mayor Boult said.