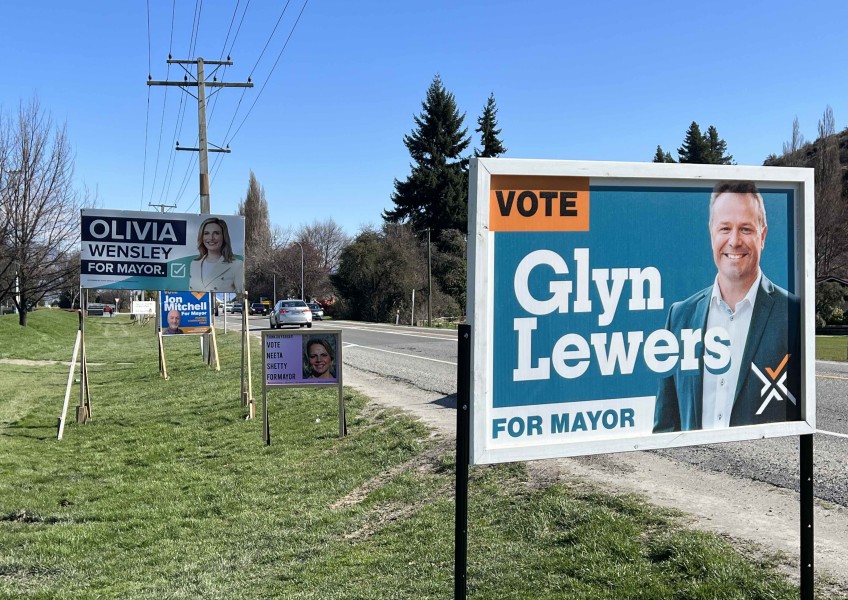 Local elections - your chance to be part of Crux coverage

Campaign hoardings are up, digitally savvy council and community board candidates are taking to social media, and town hall-style debates are underway, organised by resident groups and community organisations.

In ten days, voting papers will start to be delivered to letterboxes, with the community asked to have its say in deciding who will sit around decision-making tables on community boards, and local and regional councils.

A few days out from nominations deadline, it had seemed like some seats would go uncontested or be left unfilled across the Central Otago and Queenstown Lakes District Councils.

But a last-minute flurry of names being put forward has meant in most cases voters will get to choose who’ll be representing them after the elections.

“We need to do a much better job of making local elections more accessible and engaging.

“It’s great to see more people have put their hand up to run in this year’s election, compared with the previous election in 2019.

“But we’ve heard from many voters that they don’t feel like they actually know enough about the candidates standing.”

While all candidates will have bios presented in a booklet to be supplied with voting papers to letterboxes Ms Freeman-Greene reckons people need to do their own research too.

Crux has a plan to help with this

First up, we’re hosting an hour-long mayoral debate that will be videoed and published in full, online, next Friday (September 16).

This is an event for the would-be QLDC mayor – next door in CODC, Mayor Tim Cadogan carries over into a further three years as mayor, uncontested. 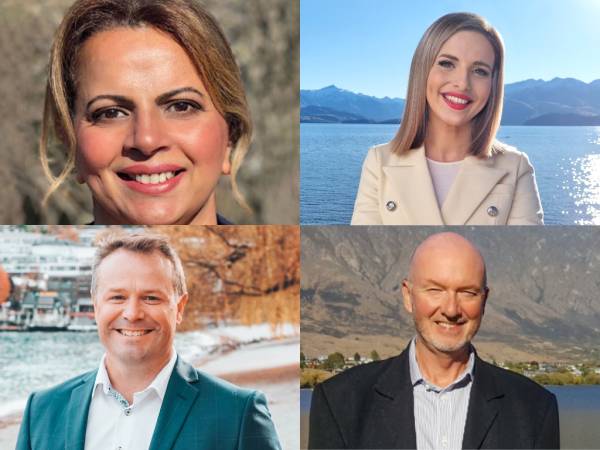 The four would-be mayors will be given the time to talk beyond soundbites in the Crux video debate.

We want to give your mayoral candidates time to speak beyond soundbites and to respond to each other’s answers to questions.

Daniel Shand and Al Angus, also mayoral candidates, will be invited to respond to issues raised in the Crux video debate also.

There’s plenty of other opportunities to hear all six candidates speak – if that’s your preference, seek them out.

The video debate, once published, will be accessible to all, at any time, right through the voting window.

It will also remain online as a record, once whoever takes the hot seat is in a position to follow through with campaign promises.

At the debate will be a Crux audience panel – we’ve invited a cross-section of our communities to come along and give us their perspectives on what the mayoral hopefuls have to say, and we’ll publish their debrief of the debate online for readers too.

The LGNZ boss says councils are interesting places – if you’re a Crux reader, we probably don’t need to tell you that.

“Unlike central government, when people are voted in they don’t bring a team with them. It’s very common for mayors to have to work with councillors who have run against them or lead a council with divergent views.

“That’s the beauty of local government. But for a council to function well, elected members need to be able to have constructive conversations and build relationships,” Ms Freeman-Greene says.

Crux will be asking questions of the would-be mayors, councillors and community board members to gauge their positions on issues that matter to you as well as their assessments of how well they work with others to get things done.

So, what issues do matter to you? What qualities do you prioritise in community leaders? Do you want to know how old someone is who is representing you, or if they have children or grandchildren? How do you want your representatives to connect with you?

Send your thoughts and questions to editor@crux.org.nz

We’ll be creating a survey that we’ll invite all candidates standing across local bodies to fill in.

There’ll be a mix of multi-choice, short form and longer form answers to questions both big and small – and we want your help to get those questions right.

The results will provide an easy way to compare and contrast candidates - providing Crux readers with a useful tool to help with ticking boxes come voting time.

Read more: CODC mayor's seat safe, but plenty in the race for QLDC.