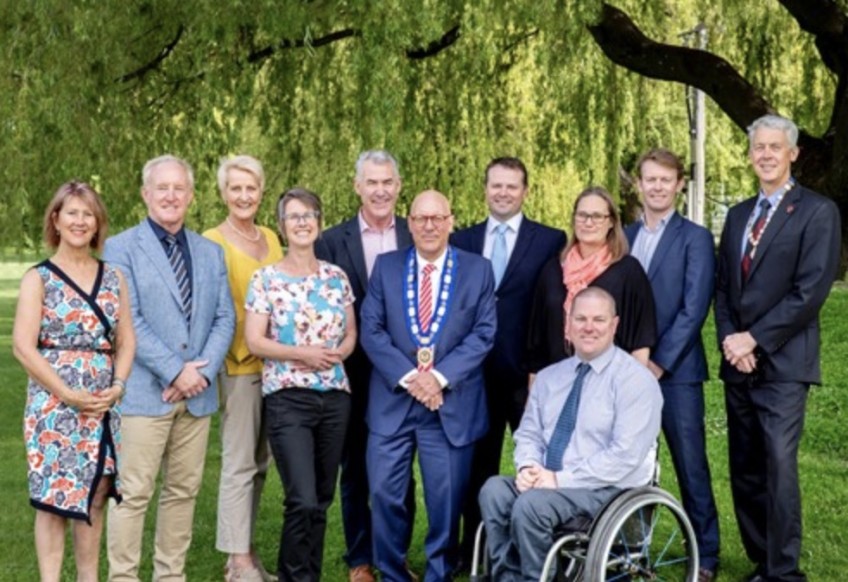 Lakeview: 6 out of 11 Councillors silent on controversial $77 million deal

A Crux reader suggested we ask four key questions of the QLDC Mayor and ten elected councillors on the subject of the controversial Lakeview property deal.

We've received answers, published below, from just five of the eleven elected members.

These are the questions below.

Crux set no suggested length for answers, so here we publish the councillors answers in full - long or short. Answers are in surname alphabetical order.

Question 1: No to both parts of the question.  Firstly, the decision to enter into a contract with the Lakeview consortium was made under the previous Council – I wasn’t part of that Council.  Secondly, there was no vote to agree to the changes to the original Masterplan (which doubled the height of the accommodation towers).  Our CE didn’t believe a vote was necessary - his understanding is that he has been delegated authority to agree any changes to the Masterplan (now and in the future).  Before agreeing to the changes he did ask councillors for their opinion - I signalled that I was opposed to agreeing those changes.

Question 2: No – the decision to delegate authority to the CE was made under the previous Council, before I was elected.  A few weeks ago Councillor Shaw and I requested that the delegation be reviewed.  I’m awaiting a response from other councillors.

Question 3:  It depends on what is meant by ‘financial value’.

If you’re talking about profit, the current estimated profit (based on the ‘not at risk’ fixed base land payment) is $27 million.  However, that’s not the financial value in today’s dollars.  The present value of the profit will be a lot less than $27 million because the payments will come in over a period of up to 18 years.  That profit will decrease if interest rates or the costs of subdivision rise, or it could increase if there is ‘super-profit’ owed to Council.  If I had to take an informed guess at where things will land in 15-20 years time, I don’t believe QLDC will have recovered the value of the asset in todays dollars and there’s a very real risk the project will owe ratepayers.

If you’re asking about financial value in the broader economic sense we would need to consider additional gains and losses including: increased revenue (from rates and DC’s) and increased debt limits, the costs of the demand for additional services or increased levels of service; employment opportunities and associated economic activity; and the opportunity costs i.e. the loss of financial value from activities that can’t go ahead or don’t thrive because this project is going ahead.  It’s impossible to put a number on it but I’d say this:  faced with COVID-19 and so many infrastructure and resource limits (including debt), I don’t believe the current project delivers good value for ratepayers. Not by a long shot.

Question 4: I have a long list of concerns that range from past consultation processes to existing delegations, from the Fast Track application to whether we’ve nailed the stormwater engineering… but ultimately my concern is with governance.  Below are a few things we could do to address current issues and improve governance of this project (if the majority would agree to them):

Review the CE’s delegation(s) with respect to the Lakeview development to:

4.Expansion of scope to realise infrastructure opportunities outside the Lakeview development not being communicated clearly to the community. For example the provision of sewer line to future proof an option to pump Fernhill wastewater away from the Marine parade pump station (lake front) to the Rec ground Pump station. (12 Mar 2020)

Like many council projects, the decision to proceed with the Lakeview development was made by a previous council (in Aug 2017). At the council meeting two months later in Oct, the QLDC CE was authorised to:-

‘Negotiate and execute transaction agreements with development partner(s) subject to the financial parameters’.

Council often delegates authority to senior officers subject to conditions set at governance level. Given the scale, complexity, cost and profile of the Lakeview project, I am personally uncomfortable that such broad and inspecific authority was delegated to the CE – and is still active. For example, the delegated authority permitted the CE to approve the Masterplan without formally consulting councillors at a public meeting or otherwise.

Both Cllr Gladding and I have requested that the delegated authority be revisited and/or revoked, and more governance oversight applied to this project.

I don’t know whether ratepayers will realise financial value from the agreement; as has been reported, the agreement includes a 50% profit share after the developer recovers a percentage of development cost. Unfortunately that information is commercially sensitive; but another unknown (for me) is what sort of profit margins are typical of this sort of development.

I have a number of concerns about the Lakeview project. I believe there is an inherent conflict with council being on the one hand a development partner, and on the other a regulatory authority (council is aware of this and is keeping commercial activity separate from Planning). I still don’t fully understand why Council is funding $55m of infrastructure, a significant portion of which is normally undertaken by the developer before being vested in council.

I am also concerned that the recent budget overruns (29 Jul council meeting) included infrastructure for stages 2 and 3 of the Arterials project, which I don’t believe have been formally approved by Council.

One of my concerns about council generally is that it walks, talks and acts like a corporation. Although many aspects of what it does is corporate, it is first and foremost a district council. In the case of Lakeview, I have no visibility as to whether council has fully disclosed its obligations – and that of any partner – to be transparent with and accountable to the community. I personally believe commercial details around the sale and/or lease of publicly owned land should be available to the public. People have a right to understand the financial implications.

I also think there has been some unfortunate messaging (or lack thereof) from Council about Lakeview. The QLDC Lakeview web page has recently been updated after a hiatus of a year, and is still a work in progress.

However, one of my biggest concerns is that, at this stage of proceedings, pulling out of this project would involve an extreme degree of financial and legal risk to the community. For this reason, I will continue working to improve governance, communication and transparency around the Lakeview project .

If I had all that we know before us today for a decision I would not support the current agreement with regard to Lakeview.

Did you vote for or against the current Lakeview proposal and contract with the developers?

I wasn't a councillor at this point.

Did you vote for the QLDC, CEO to be empowered to act on your behalf in relation to Lakeview?

Do you agree or not that the ratepayers are going to extract any financial value from the development as it currently stands? If so how much?

I think Lakeview will create a financial return for ratepayers. The original intention was for the development to provide market certainty while mitigating the risk of not achieving best value for the community. It was noted that following this recommendation in 2017 may not achieve the highest financial return for ratepayers.  Full Council (qldc.govt.nz) 17th August 2017 Meeting, page 183.

Do you have any concerns in relation to Lakeview and if so what do you suggest is done to mitigate this?

I think that with hindsight, things would have been done very differently. However, now it's a case of ensuring the best longterm outcomes given the situation we find ourselves in. The first step is to be transparent on anything which is not commercially sensitive from a balanced point of view, to describe any unintended consequences and progress in the best way possible. Even as a councillor it's challenging to understand the whole history, and where it's gone wrong.