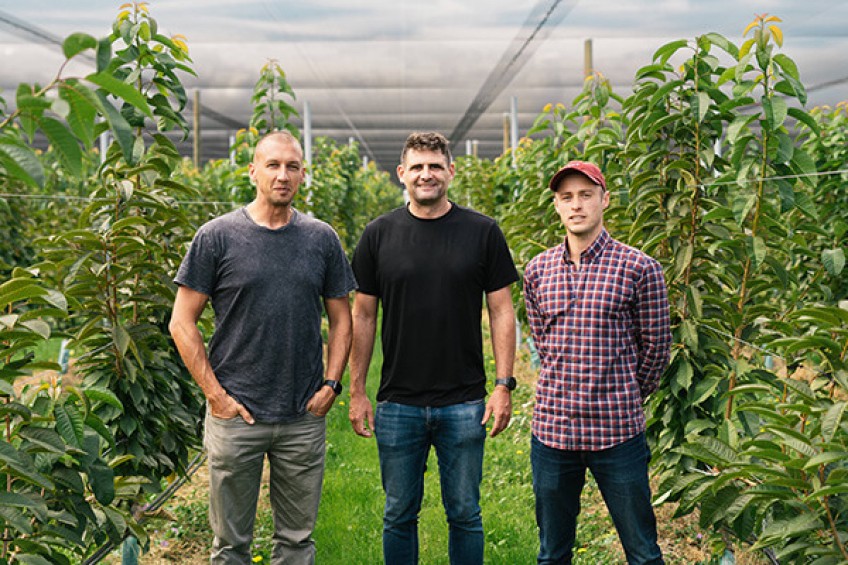 Two Central Otago projects to bring some tech-savvy solutions to potential horticultural headaches have been given a boost with Government funding.

The Ministry for Primary Industries has given $44,680 to Fruitminder, an app developed in Cromwell by a cherry grower, and $21,750 to a Central Otago District Council-led brainstorm on how to add value to second-rate fruit.

He shifted from Sydney after selling a successful start-up to set up a new cherry orchard on the outskirts of Cromwell.

He says he was “blown away” by the lack of software available to help with data collection and management. 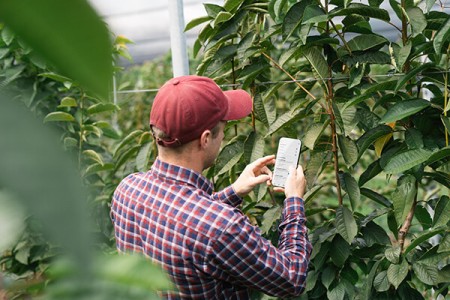 “Essentially, we are super bad in horticulture when it comes to data and using that data to drive decisions.”

So, he built a solution to the problem himself – Fruitminder.

What is it exactly?

Fruitminder co-founder and chief executive Sebastian Chapman says think of the tags most farm animals have on their ears, or increasingly it’s some sort of collar, that can track animal temperature, health, medication history and other things a farmer needs to know.

Fruitminder does a similar job for orchard fruit, he says.

For now, the company’s running with the idea that they don’t need a physical tag on each bunch of cherries or each tree – as, unlike cows, they don’t move.

Instead, the GPS of a plant is logged, and data entered against that – a “digital tag” is created.

An orchardist can track the type of fruit, what was sprayed on it and when, how the plant was pruned, and the eventual yield.

“It’s a way to build digital intuition into the orchard”, Mr Chapman says.

In the future, the digital tag may add value at different points in the supply chain – distributors of a box of cherries in China may be able to track data on the fruit they’re selling right back to the tree, for example.

The Government money will help Fruitminder test its theories – the app’s being trialed at Mr Casey’s orchard, Forest Lodge Orchard, already – and next it will be taken out to a few beta customers for further refinement.

“That de-risks us to go out to investors to raise money to really bring this thing to market," Mr Chapman says.

“We actually have a real product and we can show it in use – that’s a massive thing.”

Waste not, want not

He reckons some of the world’s best fruit comes from this neck of the woods.

But an estimated 6,165 tonnes of it goes to waste each year.

For every 100 cherries, peaches, apricots and apples grown, 13 of them end up dumped as they’re unable to be exported, sold to Kiwi consumers or processed into a value-added product like juice or dried fruit. 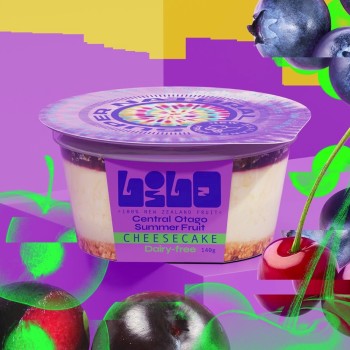 Their plant-based cheesecakes and dried fruits are made using Central Otago apricots (as well as kiwifruit, apples and blueberries) that would otherwise have been thrown out because of imperfections.

MPI is giving $21,750 to help the LILO team, staff at the council and Summerfruit New Zealand representatives put their heads together and come up with more ways for reject fruit to earn dollars rather than dumping.

There'll be research into what global demand exists for products that use leftover fruit, as well as what’s needed to command top dollar for it.

Mr Lanham says although “fresh produce is and always will be a premium product”, it is vulnerable to weather events, market changes and supply chains.

The goal is to have “a base of accessible knowledge to help growers and food entrepreneurs develop products, and bring people together to collaborate and realise opportunities they couldn’t achieve alone”.

The chunks of money have come via MPI’s Sustainable Food and Fibre Futures fund, which “supports problem-solving and innovation in New Zealand’s food and fibre sector by co-investing in initiatives that make a positive and lasting difference”, a MPI spokesperson says in a written statement announcement the funding decisions.