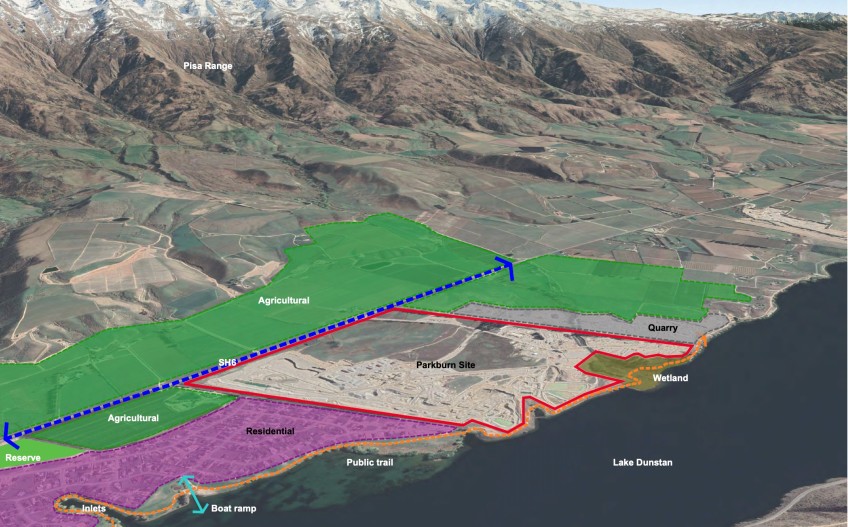 A private plan change that would allow a residential, commercial and industrial development at the Parkburn Quarry on the outskirts of Cromwell is moving forward.

The company’s thinking ahead to when the site no longer operates as a quarry.

While some of the site retains its original landform and levels, much of it has been excavated.

Its vision: that the land be rezoned and rehabilitated to allow for a Pisa Moorings-like development, with a constructed waterway and waterfront apartments as well as hundreds of other dwellings. 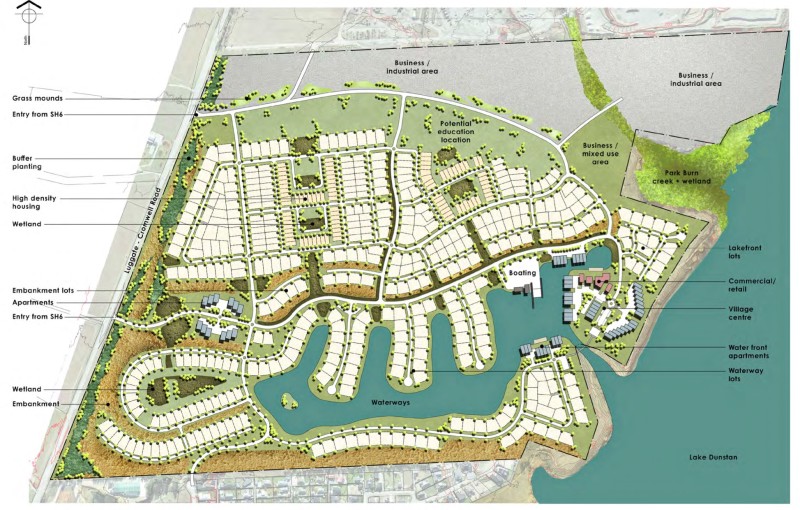 The site butts up against the existing Pisa Moorings neighbourhood.

Fulton Hogan’s proposed masterplan allows for road access from Pisa Moorings as well as from a new entry from State Highway 6 in addition to the existing highway turn-off.

Also marked on the masterplan are a “potential education location”, areas of wetlands and a village centre.

It's proposing 81 hectares of land at the quarry site be rezoned low-density residential (as defined by PC19) and 0.09 hectares, medium-density.

The business area proposed would be home to a convenience grocery-style store, a cafe, restaurant or bar, and travellers’ accommodation, Ms Rodgers says. 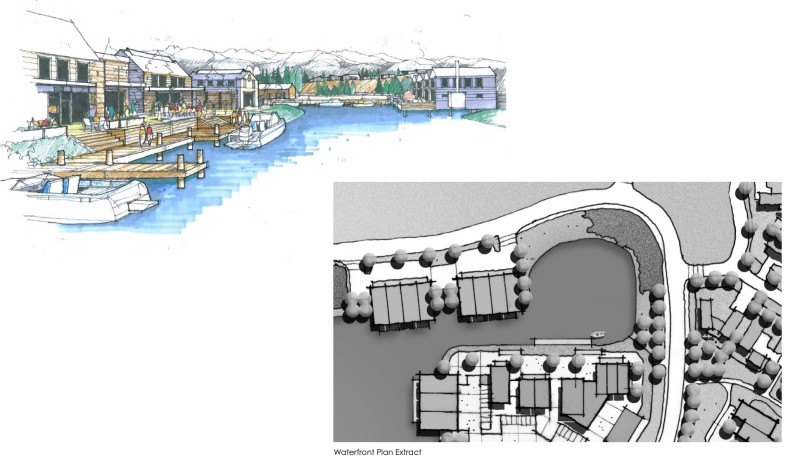 The “existing yard-based industrial nature” of pockets of land within the site is also recognised and retained in the plan, she says.

Deputy mayor Neil Gillespie, who chaired yesterday’s meeting, described the decision as a straightforward and procedural one.

By accepting the request, the council allows Fulton Hogan’s proposed plans to proceed through the RMA process.

There’s limited grounds for a council to reject a request of this nature.

Main image (QLDC/Fulton Hogan Masterplan): An aerial view of the 118-hectares of land at the site of an existing quarry on the outskirts of Cromwell that Fulton Hogan's seeking to rezone with private plan change 21.