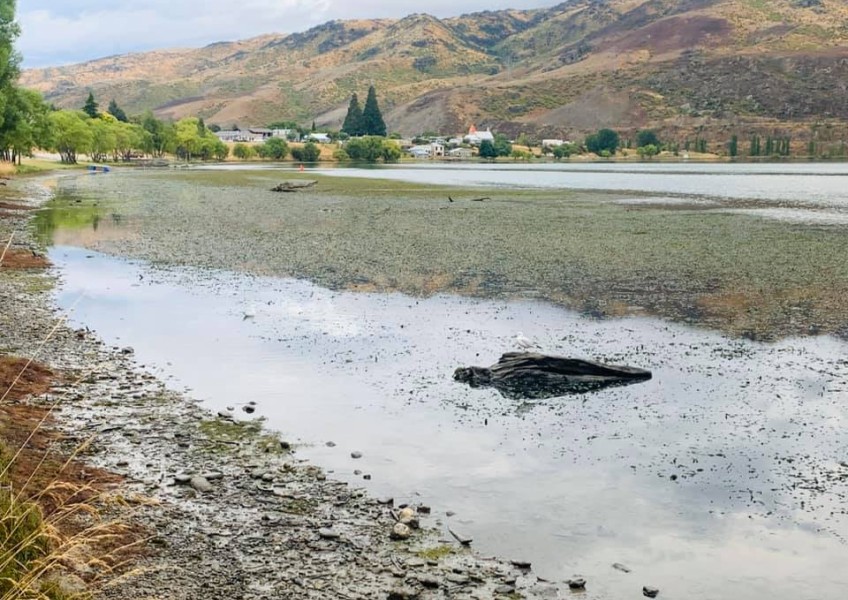 Cromwell’s lake guardians want more action to clean up a section of Lake Dunstan that’s causing a stink for locals.

The Guardians of Lake Dunstan are lobbying for Contact Energy to commit to doing more to ensure the lake’s Kawarau Arm is a picturesque, usable space for residents and visitors.

Contact Energy’s Landscape and Visual Amenity Management Plan for the bed of the Kawarau Arm is scheduled for a revamp and re-sign-off this year.

The plan, required every five years, is a condition of Contact Energy’s resource consents related to the operation of the Clyde Dam. 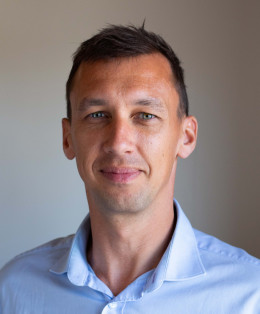 Guardians of Lake Dunstan chairman Duncan Faulkner: Contact should do more than the 'bare minimum'.

Guardians chairman Duncan Faulkner says his group of lake-loving locals has serious concerns over the claimed inadequacies of the plan.

The plan covers the section of the lake in front of Cromwell’s heritage precinct and the Butcher’s Road boat-ramp, stretching to Bannockburn Inlet and beyond the Bannockburn Bridge.

It's a section of the lake increasingly plagued with problems.

The guardians vehemently refute Contact’s claim in the plan there has been “little change” to landscape and visual amenity values in the Kawarau Arm over the last five year reporting period, saying the statement is “unbelievable”.

Even the glossy photos included in the plan are “out of date”, omitting to show the effects of sedimentation and weeds becoming a permanent feature, the guardians say.

The group is challenging Contact to do more than the “bare minimum” to protect and promote this section of the lake.

Left off the plan’s to-do list, the guardians say:

“The effects of that dam today are exceeding the anticipated effects thirty years ago,” Mr Faulkner says.

“I don’t understand why they (Contact) are not going above and beyond. I suspect, just like every planner and developer, they just try to do the bare minimum to get it across the line. But there is a far bigger social responsibility here to the town.”

However, the Otago Regional Council (ORC), the authority responsible for ensuring Contact fulfils its consent conditions, says the energy provider has no obligation to address any effects on recreational amenity caused by the Clyde Dam.

Put simply, as long as the landscape looks pleasant enough, Contact is ticking its boxes, regardless of the increasing inability of locals to use this section of the lake for swimming, boating, fishing or picnicking. 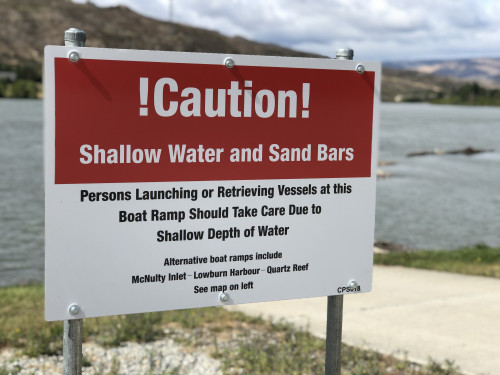 So what does Contact have to do, according to the plan?

The plans outlines Contact will continue to survey sections of the lake bed of the Kawarau Arm to document changes, clear driftwood from the shoreline in front of the heritage precinct after floods, and remove sediment at Bannockburn Inlet, if required based on other consent conditions.

As the plan stands, ORC has nothing to add to it, Mr Saunders says, and the authority is happy to sign it off, good to go for another five years.

In fact, earlier in the year, on two separate occasions, in response to questions from Crux, a source at the ORC said the plan had been finalised and signed-off.

These statements were an “oversight” according to the ORC : The Central Otago District Council (CODC) had in fact not been consulted on the plan, a requirement of the resource consent condition.

And, it remains a living breathing document, that will be reworked after public consultation via the CODC, Mr Brinsdon says.

Contact sees the plan as more than a box-ticking exercise and welcomes the input of the Guardians; but it is also not a silver bullet that can rid the Kawarau Arm of sediment and weed, he says.

“I can see where the Guardians are coming from. I can sympathise with the boat users - I am one myself. But you can’t get past the technically-engineered, understood reality that the removal of sediment from that part of the arm is, as LINZ has said, a fruitless exercise. It’s just not possible.” 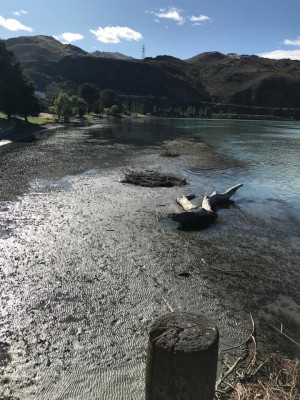 Contact’s surveys of cross sections of the lakebed show an average one million cubic metres of sediment accumulates every year in the Kawarau Arm – the equivalent of 400 Olympic swimming pools and as much concrete as was used to build the 100-metre-high Clyde Dam.

It was always known the Kawarau Arm would transition from a lake to a river, and the point of the plan is not to halt what’s inevitable but manage the landscape and visual amenity as it happens, Mr Brinsdon says.

“We are embedded in the community. We’re really proud of things we do. But the sediment in the Kawarau Arm is the wicked problem where there is an expectation that just can’t be met, no matter how genuine or well-meaning we are.

“I feel for people who have said they feel like they were sold a lake and now it has been taken away. But the answer is: they should not have been sold a lake in the first place, and I don’t feel like we did the selling.”

CODC’s planning manager David Campbell says the council has a copy of the plan, which has been made available to the Guardians of Lake Dunstan for comment.

Input from the community group will be considered when CODC provides feedback to Contact Energy, Mr Campbell says.

Cromwell: The town that was sold a lake. Read Crux' earlier investigative story on the build up of sediment in the Kawarau Arm of Lake Dunstan here.