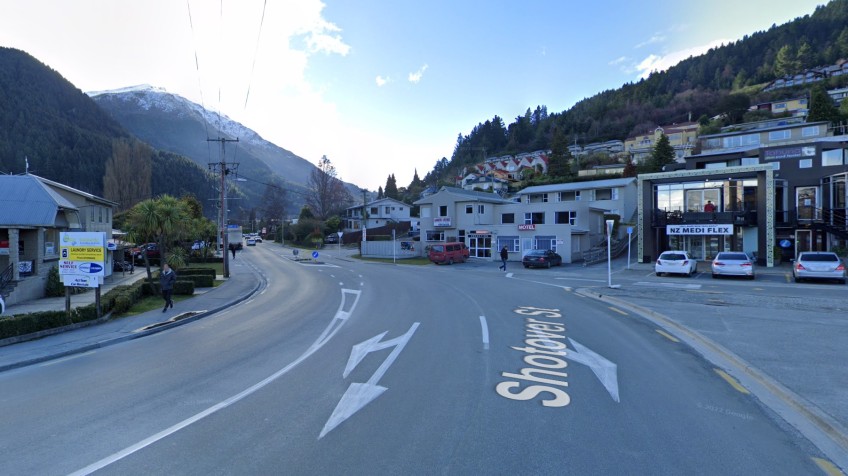 Queenstown drivers are being told to prepare for months of detours and disruptions on another one of the main routes into town.

Construction crews are set to start work on a new and improved intersection where Gorge Road meets Henry Street, and the Queenstown Lakes District Council is betting on it taking until next year's ski season for the work to be complete.

In a statement today, the councils says Gorge Road between Weaver and Stanley Streets is set to close from the Tuesday after Labour Weekend until mid-2023. 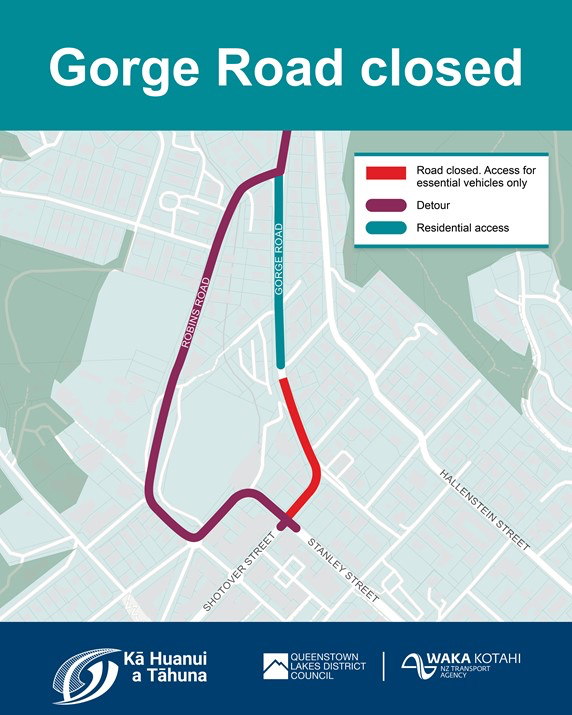 A detour will deliver traffic from Gorge Road into town via the Queenstown Primary School, and it's set to stay until the start of next year's ski season.

During that time, traffic heading to and from the town's main centre will be detoured onto Robins Road and Memorial Street.

It's the latest in a long line of schedule road works impacting on road users.

Queenstown Lakes District Council property and infrastructure boss Peter Hansby says he acknowledges the latest upcoming closure is likely to cause additional disruption in the town, and it will be especially bad during peak travel times.

“We know these disruptions can be challenging and we’re grateful for the support, patience, and open dialogue so far. The construction underway in Queenstown’s town centre is significant but it won’t last forever. Overall the programme is ahead of schedule and will be worth it.”

By starting now, the upgraded intersection will be largely complete before next year’s ski season, he says.

The construction work will channel an increased number of vehicles past Queenstown Primary School and the Queenstown Fire Station, and Mr Hansby's reminding drivers that everyone has a part to play in keeping the community safe.

The construction work will channel an increased number of vehicles past Queenstown Primary School and the Queenstown Fire Station, and Mr Hansby's reminding drivers that everyone has a part to play in keeping the community safe.

“If you regularly drive into Queenstown for work or play, there are a few ways to ease disruption in the town centre. We’d recommend allowing for a bit of extra time for your journeys, and travelling a little earlier or later in the morning to avoid peak traffic times.

“For those who can, please consider carpooling with a friend, colleague, or neighbour, take public transport, or get that heart rate up and hop on your bike or walk.”

Pedestrian access will be maintained through the worksite along Gorge Road, in addition to access for residents and business owners.

Information on the closure of Gorge Road will be added to Google Maps, so commuters can consult the online mapping before leaving home for up-to-date information on the fastest route into town.

Another blow to visitors to the downtown - the public carpark at Gorge Road will be out of action while the intersection upgrade takes place. However, this week the council did announce the opening of the Lakeview carpark off Hay Street, where there's 130 new parking spaces. There's also plans for a temporary carpark off Stanley Street to be complete by Christmas.

The council says it will reopen Gorge Road for the weekend of the Queenstown marathon (November 18-20) and during the Christmas to New Year period (December 24 until January 8).

The intersection upgrade is part of the Queenstown Town Centre Arterial Road project, stage one of which plans to remove general traffic from Stanley Street.

Other works, also part of the first stage of the project, continue on Frankton Road, Melbourne Street, and Beetham Street.

The entire arterial road project was granted fast-track consent as part of the Government's Covid-19 response.

The budget for stage one of the project is $86.5 million - $36.5 million of which is being funded by QLDC ratepayers; the remaining $50 million comes from the Government, via Crown Infrastructure Partners.

The project is being delivered by Kā Huanui a Tāhuna, an alliance formed by the QLDC and Waka Kotahi, along with two construction companies and two design companies, Downer NZ, Fulton Hogan, Beca and WSP.

Main image (Google Maps): The intersection of Gorge Road and Henry Street is set to be reinvented during construction work expected to continue until mid-2023.