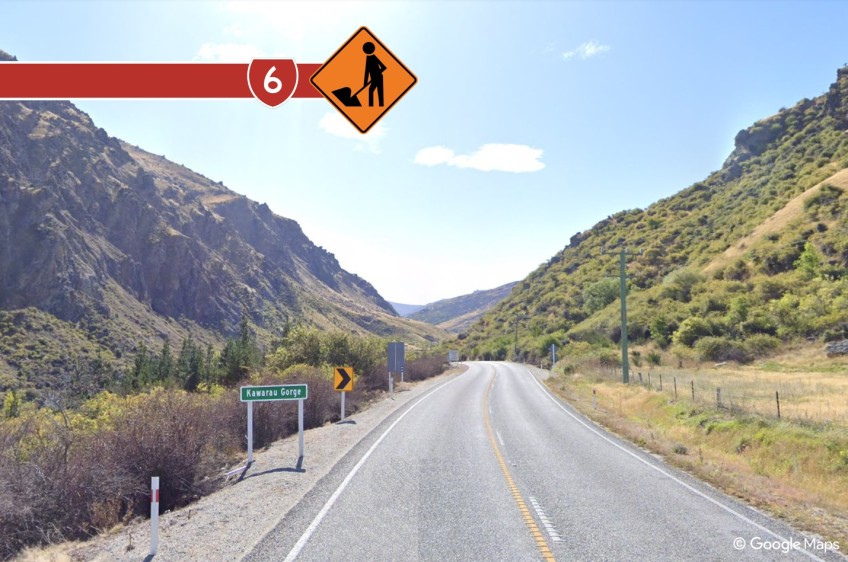 The agency charged with looking after local highways is warning road users there'll be more roadworks than usual across the region this summer, and that's just to get on top of maintenance and repairs.

The warmer temperatures and longer daylight hours allow for regular upkeep and scheduled repair work on roads to happen more easily, and this year the to-do list is longer than it's been recently.

In a statement today, Waka Kotahi's maintenance contract manager in Central Otago Peter Standring says "it may well be the biggest construction period for the two districts in many seasons.

Aspiring Highways, on behalf of Waka Kotahi, will be delivering road reconstruction and resurfacing projects from now until mid-March, taking advantage of both the increase in daylight hours and the warmer temperatures and dry air that help new seals stick as intended to the road surface.

While the work has to be done, and the finished projects will allow for smoother journey's on roads across the region, they'll be disruptions and delays for drivers while work is underway.

“While we are pleased to have this work scheduled and people will appreciate the finished result, we ask people to take special care given the number of road crews they may come across on some key routes in and out of Central Otago and around Queenstown and Wānaka,” Mr Standring says.

“There are also a number of third-party, privately-funded projects underway adjoining or on the highway, adding to the number of road crews people will encounter. If people can build in an extra 20 minutes to their journeys, it will help ease the pressure on everyone and reduce the temptation to make up time if there is a short delay.”

He's reminding drivers to slow down near works sites as directed and to consider giving a "friendly wave" to road crews on their way through.

“Our crews work in all weathers and do their best to make their sites as safe as possible for everyone, including themselves.”

What is happening this summer in Central Otago and Queenstown Lakes Districts?

Overall there is 60 kilometres of highway getting resealed starting Monday, November 7, and going through to Sunday, December 16.

The highways will be as free of work as possible in the lead-in to Christmas and the New Year peak holiday periods when most traffic is on the roads. Resurfacing work will continue from Monday, January 23 into March, 2023.

Three of the planned resurfacing projects will also cause disruption to road users due to their location and will involve significant traffic management, including partial road closures. Some of these works will be done overnight to minimise daytime delays. These include:

The Waka Kotahi Traffic and Travel page is a good place to check your route before you head off for any planned work sites.

Main image (Facebook/Waka Kotahi): The stretch of highway through the Kawarau Gorge is set to be resealed in the coming months.