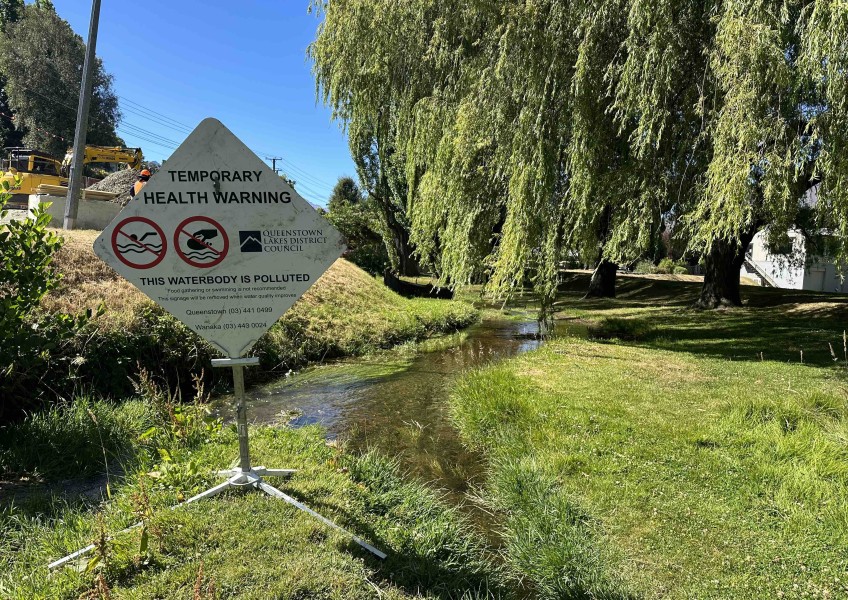 Water pollution watchdogs had their busiest day in years yesterday, responding to three complaints of potentially toxic waterways across the Queenstown Lakes District. 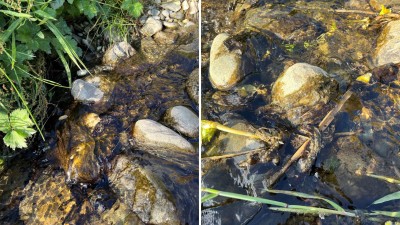 The algae found in a Hanleys Farm creek is a danger to dogs (Image ORC).

Otago Regional Council staff responded to reports of a sewage leak into Horne Creek, a toxic algae bloom at Hanleys Farm and dead ducks in Glenorchy.

It was members of the public who alerted the council to waste water entering Horne Creek from a private property on Hallenstein Street.

The Queenstown Lakes District Council says it's today removed public health warning signs erected in response to the discharge, giving the all-clear for swimmers to enter Lake Wakatipu in the vicinity of Horne Creek near the Bathhouse.

Meanwhile, the ORC's issued an urgent warning to dog owners after the discovery of cyanobacteria, toxic algae, in a neighbourhood creek in Hanleys Farm.

Again, members of the public alerted the council to the algae, growing like a slimy mat over the creek bed, and ORC staff headed onsite to verify it. 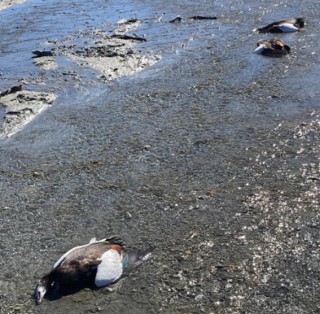 Will autopsies be carried out to unravel Glenorchy's dead duck mystery (Image Facebook)?

ORC team leader Chris McSweeney says warning signs have been erected at the creek, which runs through the residential subdivision, near Bannister Street.

The algae's potentially lethal to dogs if eaten, and any pet owners with concerns should take their animal to a vet immediately, he says.

Later in the day, ORC staff were sent to Glenorchy, following reports of a clutch of dead ducks at Buckler Burn.

Water samples were taken at the site, where more than 10 ducks were found dead with no obvious cause.

There's reports the water course is linked to the town's drinking water supply, and Crux is awaiting answers to questions of the QLDC on this.

The birds have been handed over to the Department of Conservation, and it has not been confirmed yet of autopsies will be carried out.

Mr McSweeney says they'll be testing the Buckler Burn water for cyanobacteria too.

The presence of toxic algae is becoming more common, from the combination of hotter days and waterway flows declining during summer, and people should steer clear of any contaminated sites, he says.

It will be at least a week before results of tests of water samples taken from all three sites are available.