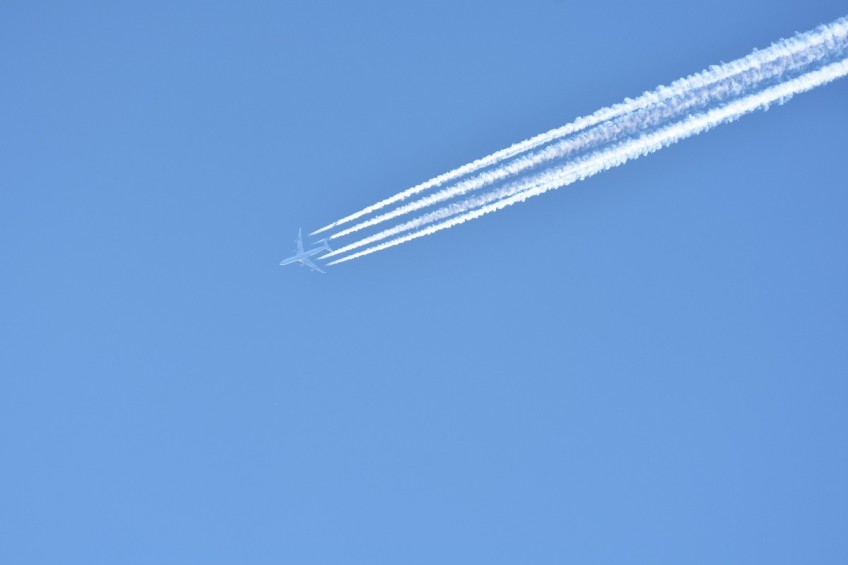 The following joint statement has been issued by One New Zealand and Sustainable Queenstown.

"Following the release of the Queenstown Airport Corporation (QAC) statement and ensuing articles about the development of Queenstown and Wanaka airport, One New Zealand and Sustainable Queenstown felt it was important to make a joint statement as organisations that advocate for the climate and our region’s transition to carbon zero. The following examines the environmental, social and economic cost to the district.

According to the Queenstown Airport (QAC) statement, there will be duplicate airports in the district with a gradual phased in development of Wanaka airport between 2025 and 2045. Estimated number of passenger movements range anywhere from 400,000 to 2 Million plus. Both domestic and international travel seems to be on the cards – depending on who you talk to. Despite requests for transparency from councillors and community groups alike, it’s still not clear. What we do know is that passenger numbers into Queenstown airport were 2.14 Million in 2018, up 13% from the previous year. QAC forecast that this number will increase to just over 7 Million by 2045.

Currently, globally aviation accounts for 3% of global emissions. Sir Jonathon Porritt, Chairman of Air New Zealand’s sustainability panel, called climate change an “existential threat” to humanity and labelled aviation as an inherently unsustainable industry (Stuff Article, Charlie Mitchell, Apr 06 2019). The recent Tonkin +Thomson report (2018) drafted for the Queenstown-Lakes District’s discussion paper on Climate Change, put these emission levels at 77,550 tonnes or 11% of our total emissions as a district. This figure is based on limited data and only includes domestic emissions within the district. The real emissions cost is much greater. If we look at only the greenhouse emissions for 2.14 Million passenger movements (2018 numbers), based on average emissions for travel between the main direct domestic and international routes, the greenhouse emissions generated flying into Queenstown airport are between 295,320 tonnes (Air New Zealand’s Carbon Offset Calculator) and 706,557 tonnes (Enviro-Mark Solutions Travel Calculator). The cost to offset total emissions ranges from $6.6 Million (Air NZ carbon price $22.62/tonne) to $27.5 Million (Enviromark $38.99/tonne). In terms of trees, to offset we would need to plant a forest the size of Lake Dunstan per year at current numbers. In 2018 Air New Zealand through their voluntary FlyNeutral program, contributed $1Million to native forest offsets. This is applaudable but falls far short of offsetting emissions for its Queenstown flights, let alone those of all of the other centres.

To view aviation emissions in isolation from road, accommodation and food related emissions is looking at a silo and not the system. Passengers getting out of planes get into cars, stay in accommodation and eat food. Road and aviation emissions make up 50% of our emissions as a district (Tonkin + Thompson, 2018). While there is exciting work being done in the aviation industry to flip the fleet to electric. However, the solutions not likely to be commercially available before 2045. We will see solutions for smaller planes before larger jet plane solutions are found. In the meantime, the only way to cope with these emissions is to better utilise existing regional aviation hubs, fly less (if the Swedes can do it, so can we #flygskam) and make sure we offset when we do (it’s a joint responsibility between industry and passengers so let's tick the box).

The issue of the cost to our community still remains. Exponential growth is inherently unsustainable. Increased (over)tourism does not lead to wealthier, happier, healthier communities as the inhabitants have discovered in Barcelona, Venice, Reykjavík and Amsterdam where over-tourism has impacted on the environment, cultural heritage and quality of life. Listening to our community (e.g. Kelvin Peninsula Community Association and Protect Wanaka), we’re reaching the upper limit if not already beyond it. We need to rethink growth and look at value over volume as our success metrics for tourism. Focusing on providing exceptional opportunities, high visitor satisfaction and low carbon travel would make us global leaders in sustainable tourism.

As to the economic cost, estimates for the proposed development range from $300M to $1Billion, the later figure being the more realistic one proposed by Tim Brown, Chairperson of the Wellington International Airport. The Wellington airport project is set to cost $1Billion to increase passenger flow from 6.5 to 8 million. Increased passenger numbers equate to increase accommodation and infrastructure needs. If we increase numbers to 7.1 Million passenger numbers per year, the ratio of resident to visitor will be much greater that the 34:1 ratio we have currently. This will inevitably have an impact on our rates.

Tim Brown, also stated that any organisation wishing to make a decision on an airport would need “massive political will on both sides of the house to actually make it happen” and “at least 10 years and probably at least $20 million in the bank” to get through the process. Local government is required to take a sustainable development approach to all decision making, which means taking into account the social, economic, and cultural interests of people, maintaining and enhancing the natural environment and meeting the reasonably foreseeable needs of future generations, such as the need for a safe home. Failing to act opens up the doors to climate change litigation. As the QLDC owns over 75% of the airport (i.e. us), the impact of loss in terms of time and costs associated with litigation is counterproductive.

According to the 2018 Intergovernmental Panel on Climate Change, we only have 11 years left to make “rapid, far-reaching and unprecedented changes” in all aspects of society if we want to have any hope of limiting global warming to +1.5 degrees. To stay on track, we have to reduce our emissions by 45% before 2030. The consequences of inaction are dramatic. We are already seeing signs that we are in the beginning stages of the sixth mass extinction event. Scientists have documented that 40% of all insects are in decline. A recent update by the Ministry for the Environment documents that we have the highest proportion of indigenous species at risk in the world.

In response, the international community is quickly mobilising to reduce greenhouse gas emissions. At a national level, the Carbon Bill will soon be enacted. Locally, in March 2019 the QLDC unanimously agreed to commit to Vision Beyond 2050, which clearly states our intention to be carbon zero and for our district to set “the standard for regenerative, low-impact living, working and travelling.” Our first district Climate Plan to reach this vision is currently being drafted by the QLDC.

We have 11 years to focus our attention, resources and capital to ensure that we make the right decisions now so that our future community has a safe, viable home in which to live. For the moment, we are far from halting our current emissions, let alone reducing them with gross emissions in New Zealand rising by 2.2% between 2016-2017. Between now and 2050, we have work to do. We need to wean our economy off fossil fuel in all its forms, protect our land, water and biodiversity, increase public transport, build safe bike lanes, improve our water systems, find ways to capture and use methane from waste and land use, double our energy generation, improve our building stock and innovate in the rural sector so that farmers become our carbon sink heroes and food systems champions to name just a few. All the while making sure we take care of the health and wellbeing of our community. We do not need our attention diverted by projects that run counter to achieving our Vision Beyond 2050, divide a community and come at an exorbitant environmental, social and economic cost.

This week, Shaping Our Future is organising discussions throughout the district on our Climate Challenge. While the first discussions have already taken place, we would encourage everyone in the community to get involved and make sure we have a truly community led plan to meet the challenges we face – for transformational change to occur, we need all hands on deck working as one.

At the end of the day, we all need a safe planet more than we do a convenient flight to an island destination that will more than likely soon be underwater."