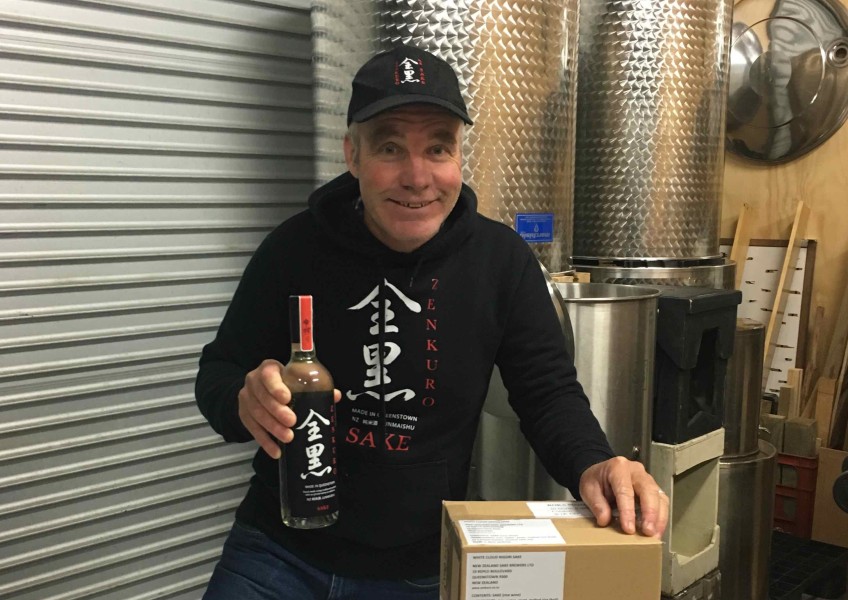 Zenkuro is run by three former Auckland university friends who fell in love with sake in Japan and then teamed up with a Japanese export partner in Christchurch.

The order made by the upmarket ROKA restaurants in London was triggered by a Kiwi staff member at one of the restaurants, who made the introductions. The range of exclusive Zenkuro sakes from Queenstown on their way to London. "It won't be cheap"

Director and co-founder Dave Joll isn't sure how much the Queenstown sake will sell for. "Some of these upmarket London Japanese restaurants are charging well over $100 for a relatively tiny cup. I don't think we'll quite be up there, but it won't be cheap."

It's taken over three months to get various export licenses organised as this is the first time NZ made sake has been shipped to London.

The flagship ROKA restaurant in London's Mayfair will host a special dinner on July 24th to launch Zenkuro sake in the UK.

The Queenstown sake is made in rather modest premises in Repco Boulevard just off Industrial Place, in amongst multiple panel beaters, windscreen replacement companies and tyre traders.

"It's all about the water" says Dave Joll. "Sake is 80% water and that's what makes our sake so special." He says they filter the water so there is no issue with lake weed or any of the other issues that have occurred recently in local alpine rivers and Lake Wakatipu.

The Queenstown brewed sake has already won multiple international awards and has even become famous in Japan.

The Japan Times has recently featured the company and predicted that the 2019 Rugby World Cup being staged in Japan will see further interest in the sake from the Deep South.

Main Image: Zenkuro Sake director Richard Ryall at the Queenstown brewery with some of the London shipment.