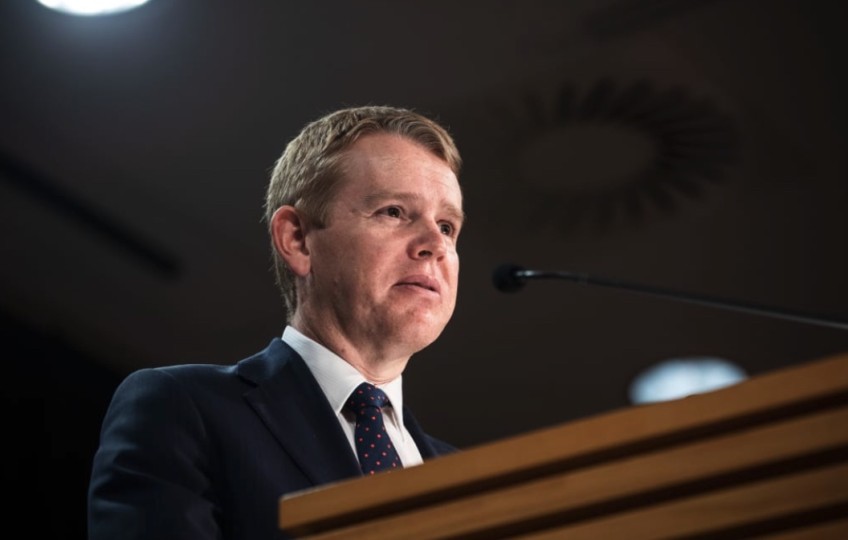 Chris Hipkins will become the next Prime Minister of New Zealand. He was the sole nominee in the selection process that followed the resignation of Jacinda Ardern.

Hipkins has been a high-profile minister in the Labour government, taking on significant portfolios - Education, Health, Covid-19 Response and Police.

Although he said on Friday he hadn't been shoulder-tapped by departing prime minister Jacinda Ardern, Hipkins is known for stepping in to tidy up the messes left behind by other ministers.

Following the 2017 election, Hipkins became Minister of Education, overseeing sweeping changes including the abolishing of charter schools and merging of polytechnics into a single entity.

He was also appointed interim health minister after David Clark resigned ahead of the 2020 election. Following the election, Hipkins retained his education portfolio and took on the job of Covid-19 response minister.

But, in June last year, Hipkins was removed as Covid-19 minister and replaced Poto Williams as police minister. Williams had not responded well to issues like ram raids and Auckland's gang shootings, and Ardern said at the time of the reshuffle that Hipkins' degree in criminology and interest in the youth justice space made him a good fit for the role.

Most recently, Hipkins was the Minister of Education, Minister of Police, Minister for the Public Service and Leader of the House. He has been the MP for Remutaka since the 2008 election.

In October 2021, Northland was sent into an 11-day lockdown after it was alleged three "sex workers" with possible gang connections crossed the Auckland border.

At the time Hipkins, as Covid-19 response minister, accused them of using false information to travel across the border but it was later revealed, under the Official Information Act, that Hipkins knew at the time that a blunder by officials had been the reason and that the women were not at fault. He has not apologised for the accusations, nor has he corrected the reports that these women were "gang-related sex workers".

He did, however, apologise to New Zealand journalist Charlotte Bellis after she took legal action. Hipkins had made incorrect statements about Bellis's circumstances, including that she ignored consular assistance, and had shared her personal information publicly.

In a letter to Bellis in March, he apologised for " the errors in my comments, and the inclusion of personal information in the statement and for the subsequent distress it caused her".

In September 2022, Hipkins, as public service minister, apologised in the House to former finance minister Sir Bill English for dragging his family into an exchange over government contracts awarded to the husband of Foreign Affairs Minister Nanaia Mahuta.

"I did not intend to suggest in any way that the appointments involving his [English's] family were inappropriate; in fact, I was attempting to illustrate the opposite," he said.

According to his bio on the Labour Party website, Hipkins attended Waterloo Primary School, Hutt Intermediate and Hutt Valley Memorial College (later known as Petone College) where he was the Head Boy in 1996. He completed a Bachelor of Arts majoring in Politics and Criminology at Victoria University.

After completing his study, Hipkins worked in the industry training sector. Before becoming an MP he also worked at Parliament, first as senior advisor to two education ministers and later in the office of the then-Prime Minister Helen Clark.

He entered Parliament in 2008 and became the spokesperson for education at the beginning of 2013.