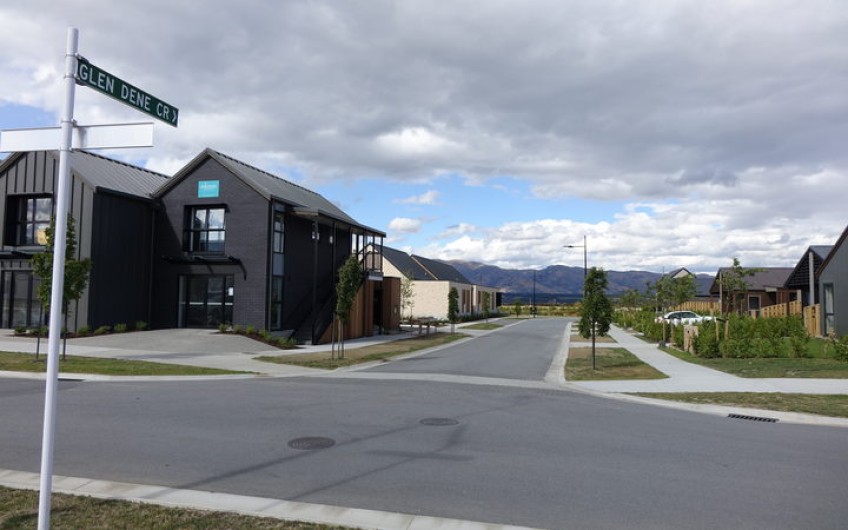 What does the Crown underwrite of KiwiBuild homes mean for taxpayers?

There's been plenty of debate about the progress of KiwiBuild, but underpinning the programme is a commitment for the Crown to take the financial risk as an incentive to get developers on board.

KiwiBuild has been beset by problems including difficulty finding buyers for some homes, the resignation of the former head of the unit, and a sluggish start which led to the annual targets being dropped.

The Crown underwrite, signed off by Cabinet in August last year, means taxpayers will have to foot the bill for any losses incurred by private developers over unsold KiwiBuild houses.

Ministers agreed to top up any losses if unsold houses have to be offered at a discount on the open market or to to eligible KiwiBuild buyers.

That underwrite covers the 211 KiwiBuild homes at Northlake Wanaka, and 175 in the Lakeside development in Te Kauwhata, being built and sold by Winton Partners Land Limited (WPLL).

Ministers were told in the August briefing an "independent expert assessment" considered there was a "low risk" of Northlake and Lakeside not selling or needing to be sold at a discount.

In Wanaka only five of the 10 homes have been purchased; in Te Kauwhata none of the homes are being actively marketed yet as they are not due to be completed until 2020.

Ministers agreed the homes would be available for purchase by eligible KiwiBuild buyers for at least 10 to 34 months after the developer started marketing them.

After that they could either be offered on the open market (at the set KiwiBuild price or at a discount), or to eligible buyers at a discount.

National's housing spokesperson Judith Collins said the underwrite was a "win/lose" - a win for wealthy developers and a lose for taxpayers.

"It's quite a substantial benefit, no other developer would have these sorts of guarantees to get properties built - whether people want to buy them or not."

The underwrite agreement also provides for the Crown to buy the homes back from the developer at a set price, however the Cabinet paper states WPLL had indicated it would prefer to purchase any unsold homes itself.

Nonetheless, a few weeks ago Housing Minister Phil Twyford acknowledged the possibility the Crown might have buy some back, when he was being asked about the Wanaka sales.

"The nature of the underwrite, if houses don't sell then ultimately the Crown will buy them and it was always expected that would be the case; in most cases that won't happen, in some cases it will."

But it was still early days, he stressed.

"I think it's too early to conclude those houses are difficult to shift, or that they won't sell."

How much are we looking at?

Housing Minister Phil Twyford said there was no limit on the amount of Crown liability, per se. Photo: VNP / Phil Smith

All of that information was blanked out in the Cabinet paper.

There are references to estimates on the total cost to the Crown in different scenarios, but none of those figures were made public. Those liability costs would not become apparent until some time in the future, in line with the timeframe for the various options for unsold homes.

When asked about the cost, Mr Twyford said there was no limit on the amount of Crown liability, per se.

"We're constantly tracking the amount of the underwrite on a cumulative basis as we're signing individual contracts."

But, he said, as of mid February this year, the government had contracted and completed 300 homes, with thousands more contracted, without spending "very much money at all".

Judith Collins said the underwrite could end up being a "substantial cost" to taxpayers considering the number of houses the government aimed to build.

National acknowledged money did need to be spent on housing, she said, however taxpayers would expect it to be spent on "people who need housing, not on very wealthy developers".

Mr Twyford will take a paper to Cabinet for the "recalibration" of KiwiBuild, retaining the 100,000 target in the next decade, but proposing different ways to kickstart the building programme, some time this month.