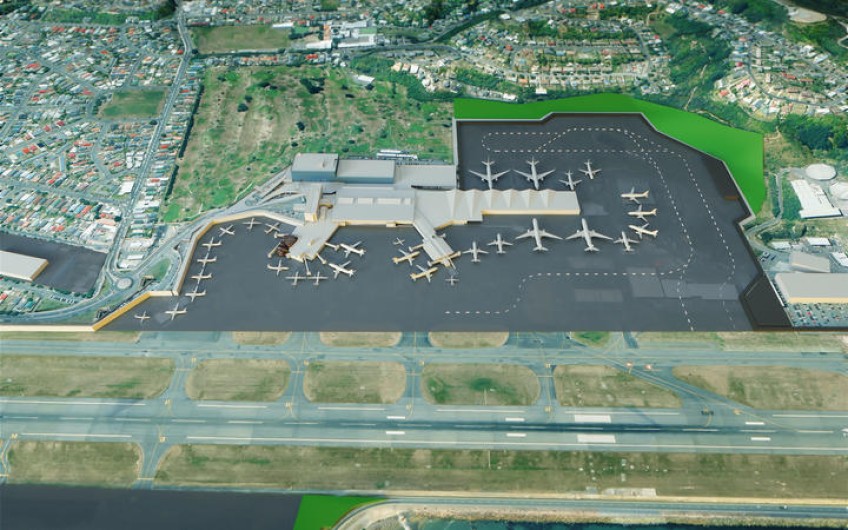 Opponents of Wellington Airport's billion-dollar expansion plans say the council needs to rein in the plans.

Wellington City Council, a major shareholder in the airport, declared a climate change emergency in August, and has the aim of becoming carbon neutral by 2050.

Guardians of the Bays - a group initially set up to fight against the runway extension - said the council has a responsibility to step in to affect behaviour patterns.

But the Mayor-elect, Andy Foster, says the airport is just reflecting behaviour patterns.

The number of people passing through Wellington Airport projected to double to 12 million within 20 years.

This year as a whole is expected to be a record breaking year for air travel - with 5 percent more passengers predicted than last year, which would make it 300 percent more than in 1990.

A $1 billion-plus upgrade for Wellington Airport is a recognition that the rise in numbers of people flying is being felt here as it is everywhere else.

The airport's sustainability manager, Greg Thomas, said the upgrade was designed to keep up with the growing demand.

"It's important to know it is a staged plan, and that plan is based on demand," he said. "So as demand increases the services over time, the we would incrementally grow the airport in line with the master plan."

Plans to reduce emissions are just "drops in the bucket"

Environmentalists, however, are not so enthused by the prospect.

News that by 2040 there would be double the amount of passengers coming through Wellington's gates, and a quarter more flights coming in and out was a major concern.

Their worry hinged on the fact that the aviation sector accounted for 2 percent of carbon emissions globally, with CO2 emissions anticipated to double by 2050, due to the rising number of flights.

"The aviation industries talk about more fuel efficient, less carbon emissions, even from Wellington airport, electric planes at some point," co-chair of Guardians for the Bays, Richard Randerson, said.

"But they're just drops in the bucket by way of mitigation of what's really a surging tourist market."

"New Zealand too, being at the end of the line globally in terms of distance [and] travel - I think we have even greater responsibilities to be trying to avoid such exponential growth like we're having predicted."

The city council, which had a 34 percent stake in the airport, needs to take some leadership on the issue, he added.

"We think the council, with its commitment to carbon neutrality, has a responsibility to use its ownership of one third of the airport, to rein in some of the expansion which is there."

"Not an airport issue, or a council issue"

Wellington's Mayor-elect Andy Foster did not agree. He said if the airport did not accommodate for the growth in the number of flights by expanding, it would restrict people's ability to travel.

Any serious measure that would stop people flying could not be made at council level, he said.

"If behaviour is to change, I would have thought that carbon pricing is the most likely way of changing people's behaviour.

"But that's not an airport issue or a council issue, that's a central government issue and an international issue, about how carbon is priced?

"I think the world is still struggling with what to do, particularly with aviation, in fact generally."

In practical measures, the council is not directly involved in the development, with no ratepayer money being used to subsidise the project.

The airport will have to file for a Notice of Requirement, but not a Resource Consent.

That means while councillors can recommend changes, or even a refusal, the council doesn't have the power to decline the development.

It also means the airport doesn't have to accept the recommendations - though that decision could then be appealed at the Environment Court.

Meanwhile, Mr Thomas said everyone in the aviation sector was focused on becoming more environmentally friendly.

"Everyone is doing everything they can to ensure incredible efficient operations.

"And Wellington Airport itself is committed to reducing our own emissions, and we've set in place a target of a 30 percent reduction in our own emissions by 2030 and that's while our operations are expanding at the same time."

Mr Thomas said currently they are just looking for public feedback on their proposal, after which they will progress with planning permission.