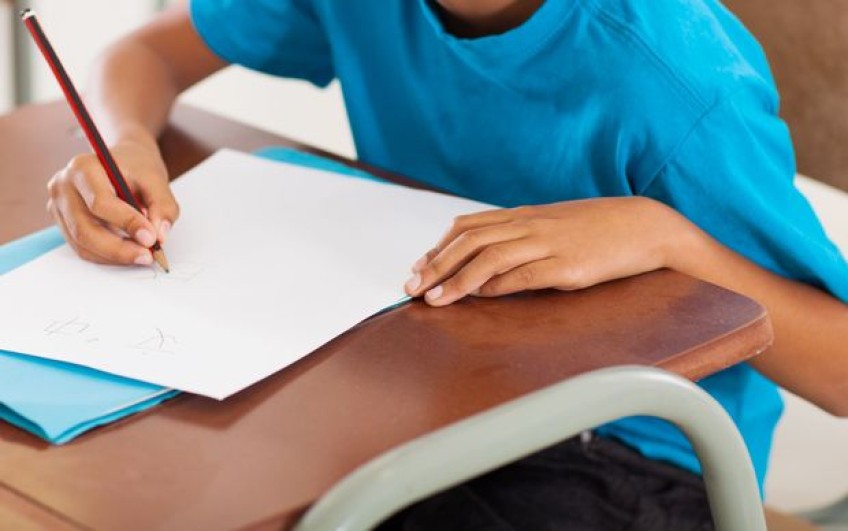 Primary school teachers are at their wits' end when it comes to dealing with violent and disruptive students.

They say tough rules around restraining children mean pupils throwing chairs around and ripping things off the wall can't be stopped.

Teachers in Northland have written to the president of their principals' association, Pat Newman, after he asked what issues they were facing since new rules on physically restraining children were brought in last August.

They said children were trashing classrooms and pouring drinks onto workbooks. They were punching computer screens and threatening children with scissors.

Because they were not causing any harm to other children or themselves teachers felt they were unable to stop them.

"If a child decides to, for instance, throw things at other children all around the room, what we're told to do is let him do it and take all of the other children out of the way so [they] don't get hurt.

"So if he wants to throw iPads and break things you've got to allow him to do that and walk out with the rest of the children and wait for the child to calm down."

In the 'old days', things were easier, she said.

"When we were able to sensibly restrain a child we would remove the child who was throwing things around so they didn't disturb the other children's learning,and we would calm them down out of the classroom.

"We can't do those kinds of thing now, we can't even break up a fight."

Teachers felt at risk, and that they could not keep other children safe, Ms Dunn said.

Principal's Federation president Whetu Cormick said children were learning they could get away with certain behaviour.

"And the ridiculous thing about this is that, in society, if a young person or an adult was to cause damage in the street, smashing shop windows for example, that person would be arrested.

There should be a review of the guidelines, Mr Cormick said.

That call is echoed by teachers, and heeded by the Ministry of Education.

The ministry will hold meetings with a focus group to refresh the guidelines, Katrina Casey, the ministry's deputy secretary of sector enablement and support, said.

The principal of Wellington's Berhampore School, Mark Potter, said he hoped those changes would include a dose of common sense.

"Because the real danger is - I have heard people say, our school's decided that there will be no touching children full stop.

"Now I think that's a society being created where children are not allowed to have contact with adults."

Ms Casey said in a statement that children should only be physically restrained as a last resort.

In reviewing the guidelines the ministry would talk about the actual scenarios schools were facing.

Ms Casey said it was clear in the guidelines a teacher could use physical restraint if they believed there was a serious and imminent risk to the safety of the student or others.