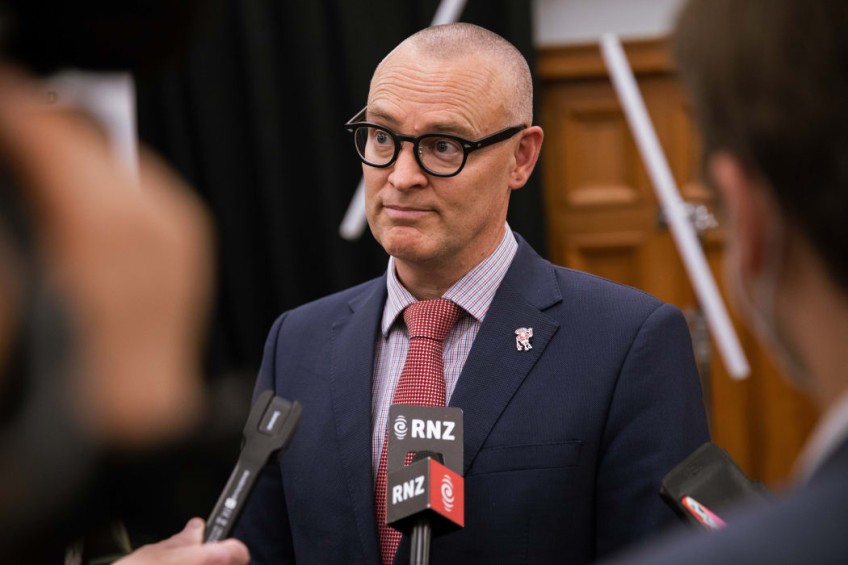 The government will set up a Grocery Commissioner as a watchdog for the supermarket industry, and is releasing a draft mandatory code of conduct.

Commerce and Consumer Affairs Minister David Clark announced the move during an update on progress made in the supermarket sector, after a major clampdown was announced in May.

Clark said the new Grocery Commissioner role would be part of the Commerce Commission, providing annual reviews of sector competition to hold it to account.

"The Grocery Commissioner will be a referee of the sector, keeping the supermarket duopoly honest and blowing the whistle where it suspects there is a problem," he said.

"[They] will also ensure the government's reforms for the sector are implemented and that Kiwis are getting a fair deal at the checkout."

He said legislation establishing the position would be introduced to Parliament this year.

The new commissioner would have "the ability to issue warnings, to put fines in place when code of conduct breaches have been established, that may well be yet a percentage of turnover which would certainly keep larger players focused", Clark said.

"And they'll be able to go to the courts as well and seek that contracts be overruled. There are a range of trade remedies available to them but they have quite substantial powers."

The government wanted to ensure the changes were "long-term and structural so that consumers can be sure they're getting fair deal at the checkout", Clark said.

He could not say when exactly consumers would see the effects of the changes, but he expected a Grocery Commissioner to be appointed before mid-2023.

"But the legislation's got to go through the House."

A change in behaviour

Clark said the government was already seeing a change in terms of behaviour from the sector - "the way in which the grocery sector has welcomed a code of conduct, has participated in its development, has welcomed a commissioner, is putting price freezes in place".

"We expect to see ongoing good behaviour from the sector while the spotlight's on it and this will ensure that longer-term we have one person who is responsible for overseeing the whole sector."

He said a similar approach had worked with the telecommunications industry.

Clark would not say if the grocery sector was currently dishonest, but said: "The environment has not been conducive to fair practice, and we are expecting it will be from now and into the future".

"I'm keen to monitor what happens with suppliers' margins and intend for the regulator to monitor how their margins domestically ... how they compare internationally. We think there's room for consumers to save and for what the proceeds are currently, to be shared fairly...

Grocery retailers back the changes

Rival grocery retailers are backing the government's latest moves to bring more competition to the sector.

Foodstuffs, which has the New World and Pak 'N Save chains, said the changes will provide clarity, certainty and fairness in the industry.

Managing director Chris Quin said they had already been working on new wholesale arrangements for non-members and removing land covenants.

The head of the small Night'N Day retail chain, Matthew Lane, said it was a massive step for suppliers and should give comfort that change was coming.

In May Clark had signalled a watchdog entity would be part of the government's efforts to rein in the supermarket duopoly, after the Commission released the findings of its market study of the sector in March.

Clark said 12 of the commission's recommendations were now under way, or complete.

"Global factors continue to drive up the cost of living around the world and high grocery prices are making it hard for New Zealanders right now which is why the government has taken a range of steps to take the pressure off immediately while also tackling the underlying problem... lack of competition."

He said he would also be today releasing a draft of the mandatory Grocery Code of Conduct, which supermarket operators would need to abide by.

The code, which had been developed with input from an advisory group, would be particularly important for ensuring small and artisan brands and emerging startups wanting to get their products on supermarket shelves, Clark said.

"Historically, there has been an imbalance in the bargaining power major grocery retailers have over their suppliers. The Grocery Code of Conduct will address this by preventing the major retailers from using their power to push costs and risks onto those suppliers."

Consultation on the code had been set to begin last month. It will now be open for five weeks.

The government last week passed its legislation banning supermarket land covenants, which had allowed existing companies to block competitors' access to sites where they could set up a store.

Other recommendations include implementing a voluntary wholesale grocery access regime - with an option for a mandatory approach if it fails - greater transparency over loyalty schemes and data collection; enabling collective bargaining for grocery suppliers; and a consistent prices display scheme.

Consumer NZ chief executive Jon Duffy said having strong regulation in place was a huge step forward in a "train-wreck of a market".

He said consumers would not see a difference immediately, however, "as long as pressure is continually exerted on them [supermarkets] we would hope to see positive outcomes".

"The Commerce Commission will need to be adequately resourced to service this function and finding the right people will be a challenge. It's a tight labour market for people with this expertise.

"I think it's a sensible move putting it in the Commerce Commission with its pre-existing expertise but that expertise is allocated to market studies at the moment."