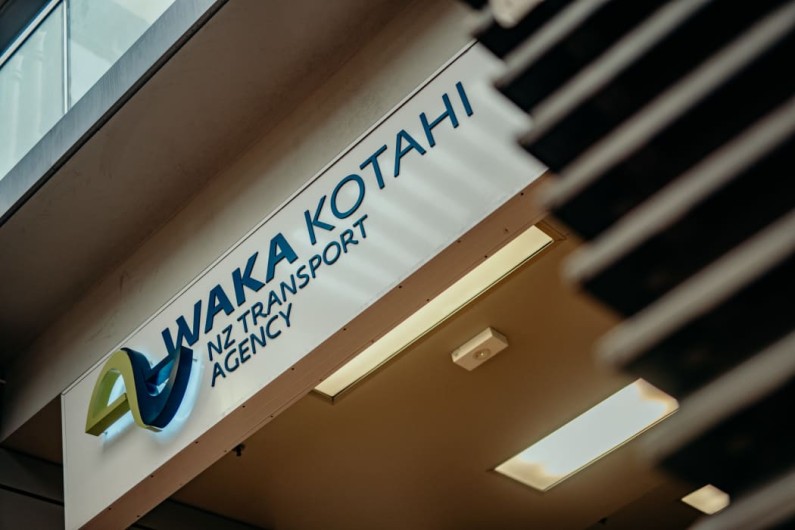 Four years after Waka Kotahi was slammed for not doing its job of keeping roads safe, a core unit of it has been labelled so ineffective it is being pulled apart.

The unit's head said in an internal report a month ago, obtained by RNZ: "Increasingly, our functions and ways of working are perceived as barriers to better regulatory outcomes.

"We have lost clarity of how we add value, why we are here, what we exist for."

Transport industry sources question if the restructure will work, asking why it is getting rid of all of the unit's seven engineer jobs.

Waka Kotahi has been struggling to meet its targets to make roads safer. RNZ has asked what role the network safety team played in that.

Since 2018 the agency has installed just a fifth of the median barriers due by 2024 to prevent head-on smashes on state highways, and less than a fifth of the side barriers.

The harm being done by trucks and utes on roads is the main item highlighted in WorkSafe's explanation last year for why work fatality and harm rates are not coming down.

Waka Kotahi was ordered by the government in 2018, after various damning inquiries, to get its act together on the regulatory front.

But the internal report says the four-team System Integrity unit has not done that.

It labels it "not fit for purpose" and "no longer effective".

"In many cases external parties and internal Waka Kotahi teams are finding ways to work around us - effectively shutting us out of the tent," the unit manager Chris Rodley wrote.

"Therefore, we are no longer effective in our roles or in the delivery of our functions."

The four teams in the unit worked in silos and did not know what they were meant to do to deliver on the 2020-25 regulatory strategy.

"We do not have a risk-based and intelligence-led prioritised work programme," said Rodley, who came to NZTA from the Ministry for Primary Industries just over a year ago.

By stark contrast, an external review last December that Waka Kotahi promoted to the media, found it had made "significant progress" on regulatory improvements.

The agency has been telling partners this year that its regulatory function "is now clearly defined and understood, and we have a clear pathway forward".

The external review found Waka Kotahi had clarified its direction, roles and responsibilities, and the changes needed to be a "highly effective" regulator, the agency said.

Those changes included further work to be more responsive and focused on core purposes, and covered the restructure.

"It is important to note that network safety is not the responsibility of a single team within Waka Kotahi, it is at the heart of the work that all of our teams deliver," director of land transport Kane Patena said in a statement.

"The realignment of functions does not diminish the importance of network safety, in fact, it enhances it by ensuring the technical expertise required is well supported, aligned and focused on land transport system priorities."

At the same time, an internal email said the System Integrity unit "has grown to the point that their current operating model isn't sustainable".

Reducing risks on the road is proving tough.

WorkSafe in its 2020-21 annual report said, "There has been an increase in truck accidents per kilometre driven since about the middle of the past decade."

Road-to-Zero targets for new median barriers and side barriers are in danger of being undershot: 61km if medians have been installed against a 2024 target of 300km (not including new highway medians); 312km of side barriers against a target of 1700km.

The latest stats on roundabouts are better: 77 safety improvements so far - versus none as of last year; and lower speed limits on 584km of highway.

The System Integrity unit's restructure was expected to be finished next month.

Most of the positions within the old teams were to be scrapped or "redeployed".

Seven engineering positions were to go in favour of new "technical advisors".

A stated aim was to shift the focus of managers away from "technical knowledge", and towards leadership and management.

One industry source RNZ agreed not to name, gave the restructure a one-in-10 chance of succeeding. "It is going to be worse 'cos I no longer know who to talk to," they said.

Many sources over recent years have told RNZ Waka Kotahi lacks technical nous, an impediment to improving the likes of truck and brake rules.

The restructure announced in May allowed for a two-week consultation period "to give everyone certainty as quickly as possible".

Since the 2018 regulatory debacle, Waka Kotahi had more than doubled its number of inspectors from 82 to 184.

Numbers have also soared away from the front line: HR staff have doubled from 57 to 122; admin up 60 percent to 509; accountants from 44 to 66; and communications almost trebled from 32 to 88, according to figures released to the National Party in response to written questions.

Transport Minister Michael Wood told National, that increased numbers were a response to "an expanded mandate to meet government expectations and outcomes, improvement to capability in support services such as IT, and investment and resourcing in the regulatory function at Waka Kotahi, which was left in a state of disrepair by the previous National government".

Their numbers of officers warranted to do health and safety investigations including of truck accidents has dropped from 27 two years ago, to 23 now, though there are more trucks on the road.