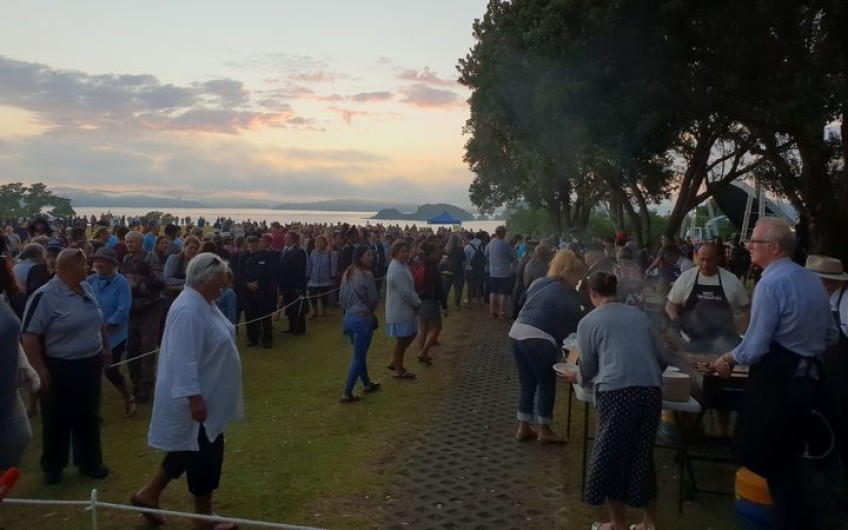 A large crowd has gathered on the marae at Waitangi for a dawn service marking the 179th anniversary of the signing of the treaty.

Politicians including Prime Minister Jacinda Ardern, the Prime Minister of Samoa and other dignitaries crowded into the Whare Rūnanga in the Bay of Islands this morning.

More than 1000 people attended a church service on the marae of the treaty grounds.

Anglican Archbishop Philip Richardson prayed for an enduring respectful and honest partnership between Māori and Pākehā.

Ms Ardern offered a prayer for Aoteraoa New Zealand and for the poor and those on the margins of society.

As the service ends a lone piper is expected to play under the flagstaff and barbecue kai cooked by the Prime Minister and her team will be served to the public.

The event was organised by Māori tourism operator Ko Tāne, with support of the Christchurch City Council and Ministry of Māori Development.

Ko Tāne Director David Brennan said significant effort had gone into acknowledging Christchurch's bi-cultural heritage through the rebuild and it was the right time to celebrate that.

Traditional commemorations will still be held at Ōnuku Marae in Akaroa, with a pōwhiri and citizenship ceremony, with Governor General Dame Patsy Reddy to give a Waitangi Day speech.