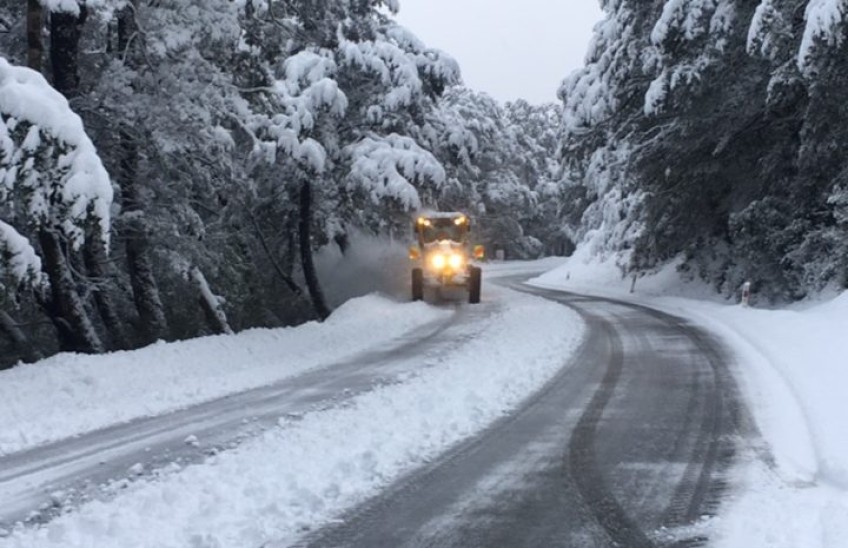 Severe weather warnings have been issued for parts of New Zealand over the weekend, with heavy snow and rainfall expected.

MetService has issued a heavy snow warning for around Canterbury, south of the Rangitata River and North Otago.

This may disrupt travel in some areas, damage trees and powerlines, and cause stress for livestock.

Drivers are advised to be careful of the affected roads down to 300m to 400m.

Significant snow is expected above 500m, which could see up to 50cm of snowfall.

Low pressure from the Tasman Sea is heading towards #NZ this weekend. Severe Weather Warnings and Watches have just been issued for snow as low as 300 metres for Canterbury and Otago. Heaviest snow above 500 metres. Get the details: https://t.co/qHyE5zhh6X ^CRN pic.twitter.com/iCtA8gVPrO

Snowfall for these areas is expected mostly throughout Saturday and into the evening, though this will last until Sunday morning for the Dunedin to Waitati Highway.

A heavy snow watch is also in place for North Canterbury and remaining parts of Otago.

Below the snowfall, a heavy rain watch has been issued.

Rainfall for all Aotearoa

Low pressure and a number of fronts will be moving across New Zealand, bringing heavy rain to many parts of the country.

Heavy rain is predicted for parts of Bay of Plenty and Gisborne, south Canterbury, North Otago and Dunedin.

For the North Island, the weekend will be more changeable, with gusty northwesterlies bringing showers and possible thunderstorms to most places.

But the low pressure system should move away by the beginning of next week, making it dry for most areas, except for Southland and Fiordland, which will see a wetter than average week.