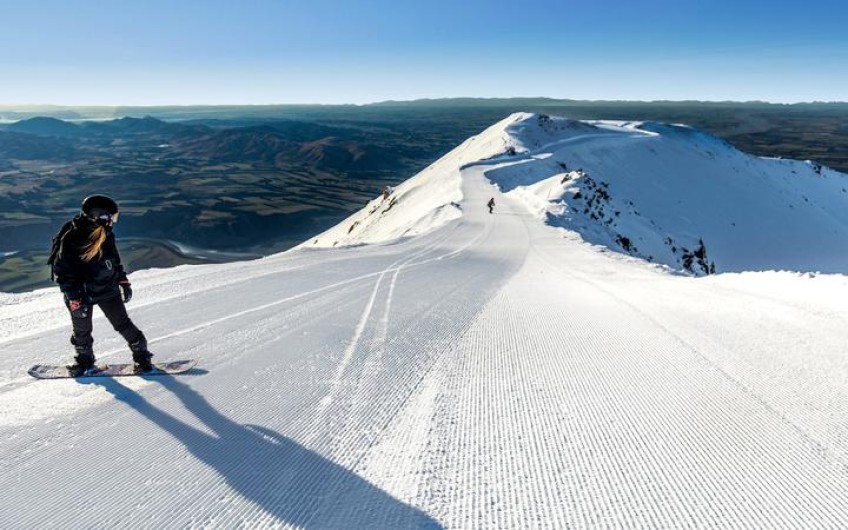 The tourism and hospitality sectors are disappointed but understanding of the decision to suspend the travel bubble.

Prime Minister Jacinda Ardern announced the decision yesterday afternoon, and said the suspension in quarantine-free travel would go on for at least eight weeks.

It comes at a particularly bad time for the ski sector, which was looking forward to welcoming Australians over the next couple of weeks.

Ski-based accommodation provider, Ski Time, at the foot of Mount Hutt ski field, is expecting to lose more than half of its bookings over the next two months due to the travel bubble suspension.

The manager, Pete Wood, said as a result, they may have to make some redundancies.

"It is going to be tough, we'll probably have to make some tough decisions over the next couple of weeks depending on how business travels along.

"We certainly don't want to lose any staff - we've got a great team here at the moment and they've all pitched in to survive the last 18 months together, and it would be a shame to lose a few of them."

He said 60 percent of all the business's August bookings were by Australians and they would now all be cancelled.

He hoped New Zealanders would be heading to the South Island for a ski holiday this August, to make up for the lack of Australians.

"We had a pretty chocka-block August coming up, but of course with these cancellations, there's going to be quite a few gaps here, which makes way for Kiwis to start travelling again, because they can't go to Australia."

Ski Time is not the only business to be losing out: one Queenstown operator said cancellations have been coming in thick and fast since the suspension of the trans-Tasman travel bubble.

Mark Quickfall owns Totally Tourism, and like many operators in the south, he said they were gearing up for a big winter season with visitors from Australia.

He said many businesses and employees will be feeling anxious after yesterday's announcement, especially if more staff have been brought in in anticipation of higher visitor numbers.

"We're only one leak from an outbreak. If you have a choice of opening up and ending up with a lockdown, or staying protected, I think we know what the answer is there.

"But it doesn't make it any easier."

The government has ruled out any specific support for tourism businesses hit by the suspension.

A financial cost to operators is coming though.

"There's been a huge number of cancellations just rushing in," Quickfall said. "Like everyone down here, we had strong bookings out of Australia, for our heli-ski businesses, helicopter operations, down at Milford.

The tourism industry body said it hopes the suspension of the trans-Tasman bubble will not go on any longer than eight weeks.

Tourism Industry Aotearoa chief executive Chris Roberts said while it is disappointing, it is the right decision to make.

He said operators will be looking forward to the next Australian school holidays, which begin in mid-September. If the bubble is up and running then, Roberts expects large numbers of visitors will be booking trips again.

"If the bubble's up and running again by September, then we can expect good numbers of Australian visitors coming over here for those school holidays in September.

"That's something we can look forward to in the end of what is hopefully only an eight-week suspension."

Roberts hopes domestic tourists will fill some of the gap in the meantime, and that the financial hit will not be too bad.

"There are relatively few Australian visitors currently in New Zealand.

"Those Australians who were planning to come to New Zealand in the next eight weeks which would have included some skiing holidays will now have to cancel those plans and that's reasonably unfortunate.

Meanwhile, the hospitality industry said the government needed to rethink its decision not to offer support to businesses hit by the suspension of the trans-Tasman bubble.

She said the hospitality and tourism sectors have borne the brunt of the economic impact of the lockdowns and border restrictions.

"Hospitality and tourism are the lost leaders when it comes to the cost of balancing the health risk. I think this is the time - we really need to have that robust conversation with the government."