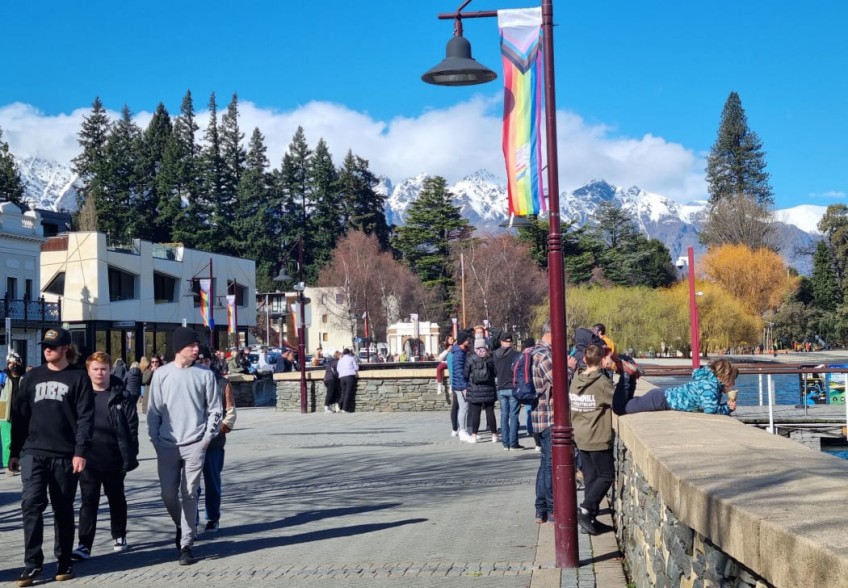 Queenstown businesses want New Zealand to attract high value tourists, but not at the expense of those on a budget.

Tourism Minister Stuart Nash has confirmed the country won't direct marketing efforts at budget visitors who "travel around our country on 10 dollars a day eating two-minute noodles", but said the welcome mat would be rolled out for all tourists.

That has been echoed in the latest global campaign from Tourism New Zealand.

Bert Haines arrived as a backpacker in New Zealand 20 years ago.

"I came here for six months, turned into a year, turned into two, turned into five, turned into residency, turned into now a business owner, family. I've got an incredible life now built here and super appreciative of that. That was because people welcomed me in."

Bert Haines is now a business owner and family man in Queenstown after arriving in the country with a backpack. Photo: RNZ / Tess Brunton

He said New Zealand needed stories like his now more than ever - that was why we couldn't lose sight of attracting budget travellers.

"Backpackers have been a major part of what we do and we've helped to enable a few of them to come, stay on and become residents in New Zealand here and build lives here.

"It's kind of devastating to almost say 'everyone's welcome but maybe not you guys as much'."

He believed there were a lot of misconceptions.

"Maybe they're sacrificing at the grocery store on a two minute noodle, but they're buying a $400 bungy jump or they're buying a luxury experience or they're going to pay $250 for a round of golf ... I think we're just missing the mark on that one."

"They are normally here the longest and they spend a lot of money on activities like these. I've worked in booking centres and that before and it's amazing.

"They've got their bucket list items they want to do when they come to New Zealand and they're going to spend money on it. They're just a bit probably wiser where they spend it."

He has backpackers on his books.

"Without having all these backpackers here, we don't have all the workers. We've been advertising for three months now trying to get frontline staff ... and cannot get them."

The tourism industry was built on the back of backpackers so they shouldn't be ignored, he said.