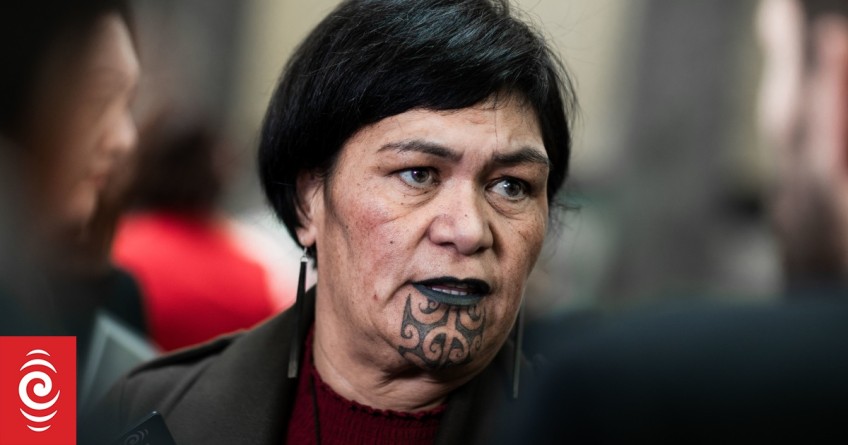 Three Waters blunder 'made as a team, fixed as a team'

Senior ministers are refusing to explain how a contentious Three Waters clause on privatisation got through caucus, insisting the mistake was made as a team and would be fixed as a team.

The minister at the centre of the controversy - Nanaia Mahuta - will not take any responsibility for the blunder, suggesting if her caucus colleagues had read what the Greens said in the relevant select committee report, they might have been more aware of what was happening.

Admitting a mistake was made, Labour has been forced to put the House back into committee stages to vote down an anti-privatisation clause as it breaches a fundamental constitutional convention.

Prime Minister Jacinda Ardern said "we're taking this as a team. We voted for it as a team, we're fixing it as a team".

This has upped the ante for National, with leader Christopher Luxon accusing her of being "economical with the truth".

"Is it incompetence or is it just arrogance and out of touch and not paying attention to the detail?", Luxon said.

Mahuta, the local government minister, also referred to MPs on the committee who considered the Three Waters legislation, whom she said would also have been familiar with the Greens' intentions.

She was asked if her caucus colleagues had enough detail about the vote that would be cast on their behalf: "To the extent that the select committee report identified what the Greens' position was, that was reflected in the minority report", was her response.

Cabinet had already decided against pursuing entrenchment, with the formal reason given that there was a lack of 75 percent support. However, there had also been strong advice presented by Attorney General David Parker warning of the constitutional pitfalls.

Parker confirmed he "wasn't aware of the detail of the supplementary order paper vote until it occurred" and said he had "always been against entrenchment of policy positions as opposed to constitutional positions".

Labour whip Duncan Webb cast the vote in the House, saying he did so "in accordance with caucus' intention ... so I'm very comfortable".

"It was adequately discussed in caucus and I cast the vote in accordance with caucus' wishes and expectations," he said.

Part of the political dynamic would have been Labour seeking to force the hand of ACT and National through an anti-privatisation vote, as part of the strategy to highlight National's willingness to keep the option open.

Chris Hipkins has written to those parties, asking them to commit to public ownership, saying they had a previous track record of selling public assets.

But Luxon has made what he said was a clear commitment a future National government would not privatise.

"We are not doing any privatisation of these assets. Let's be clear, this is a political stunt, because we don't buy the logic that there's four mega-entities that need to be created for these assets to be in there where there's even a possibility of privatisation. From day one we've said we want these assets back in local control and ownership, and we will not be privatising them. Period."

The third reading of the bill is scheduled for Thursday.

Main image (RNZ/Samuel Rillstone): If the Labour caucus had read what the Greens said in a select committee report, they might have been more aware of its privatisation stance, Nanaia Mahuta says.