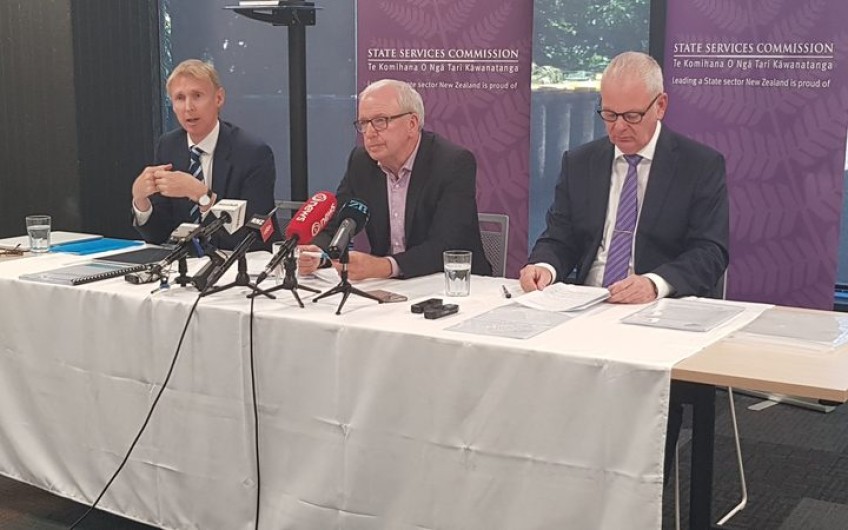 Multiple government departments have breached the State Services code of conduct according to an investigation into 131 departments and their use of external security consultants.

The findings of the investigation, lead by Doug Martin and Simon Mount QC, were released today.

Security company Thompson and Clark has been barred from doing any more work for the government after the investigation by the State Services Commission found it used an unlicensed private investigator and produced electronic recordings of closed meetings without the consent or knowledge of attendees.

From 13 March 2014, Thompson and Clark, working on behalf of Southern Response, the government's insurance agency working for claimants of the Canterbury earthquakes, attended and recorded several closed meetings of insurance claimants.

State Services Commissioner Peter Hughes has complained to the police about the recording of meetings and has lodged a formal complaint with the Private Security Personnel Licensing Authority in regard to using an unlicensed private investigator.

He has also recommended Thompson and Clark be removed from the government's procurement panel, which the chief executive of the Ministry of Business Innovation and Employment has done.

Southern Response had also had a complaint laid to the police against it.

The investigation also looked into Thompson and Clark's reporting to government agencies on "issue motivated groups" which treated these groups as a security threat.

Among the groups were Greenpeace, the Mana Movement and some iwi groups in Northland, the East Coast and Taranaki.

The entire Ministry of Business Innovation and Employment was also found to have breached the State Services Standards of Integrity and Conduct (code of conduct) by failing to maintain an appropriate level of objectivity and impartiality.

"MBIE's management of its regulatory responsibilities in the petroleum and minerals area through the creation of Operation Exploration, showed evidence of poor regulatory practice," the report said.

Mr Hughes has asked MBIE to consider whether Operation Exploration should be discontinued and requested that the chief executive review MBIE's internal policies to ensure they are consistent with the code.

Mr Hughes has also requested to the Minister of Transport that its current inquiry into the New Zealand Transport Agency be widened.

The investigation found NZTA's lack of oversight of authorised access to the motor vehicle register, before 2017, breached the code's requirement to treat information with the level of care expected by the public.

In March the Ministry for Primary Industries referred a matter to the Serious Fraud Office after the investigation uncovered two MPI employees undertook secondary employment with Thompson and Clark, which is a breach of the code.

Neither employee works at MPI anymore.

The Crown Law Office and the Ministry if Social Development was also found to have breached the code by asking a private investigator to look into alleged state abuse, without explicit controls to protect privacy interests.

Mr Hughes said the findings were not what he expected.

"New Zealanders need to have confidence that public servants work to the highest standards of integrity... And I expect the same of third parties who are an extension of government agencies."

He has given government departments until April next year to come up with robust policies to ensure transparency and which must include an effective complaints or review process.