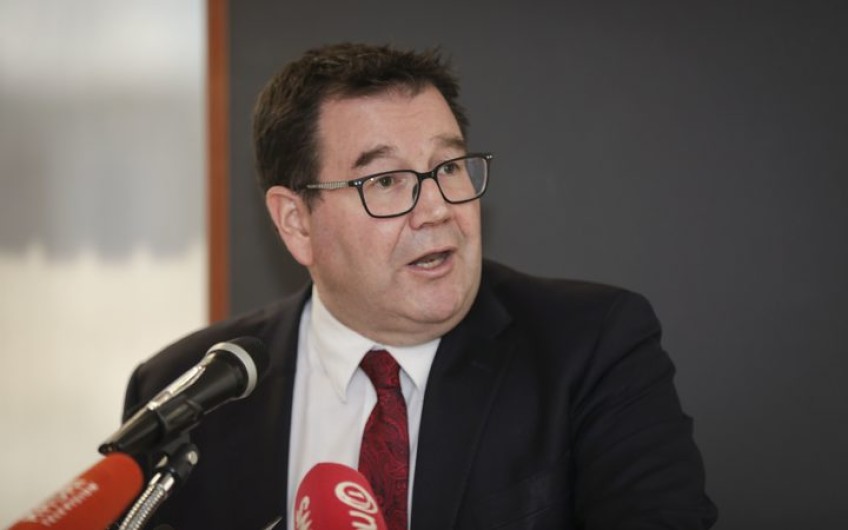 A capital gains tax is a tax on the profit from the sale of an asset.

Finance Minister Grant Robertson said the government would take a "measured approach" in its response to the recommendations. Photo: reb

Among its main recommendations are:

Tax the capital gain on sale of land, shares, business assets, intangible assets such as intellectual property. Tax to be imposed when the asset is sold, and levied at the seller's marginal tax rate. Assets to be valued from when the tax is imposed. The tax would NOT apply to the family home, and personal assets such as cars, paintings, jewellery, and household appliances. However, a holiday home WOULD be taxed on sale. The capital gain on shares in companies would be taxed but in some circumstances capital losses would also be able to be offset against other income. The capital gain on the sale of a business would be taxed, including the goodwill.

Exemptions from capital gains to be granted for some "life events" such as relationship breakup, death. A family farm passed on to a family member would be covered by a rollover and there would be no tax on the capital gain. But if the family member then sells to a third party the capital gain would be taxed. No changes to income tax rates, but a recommendation to raise the income threshold for low and middle income groups, i.e they would earn more at a low or lower tax rate. No change to GST and no exemptions for certain types of products, such as food and drink.

Environmental taxes: changes to the emissions trading scheme to be more like a carbon tax. Dirty taxes on solid waste to reduce volumes to landfills. Taxes on water pollution and water extraction. Tax deductions to encourage conservation. Taxation of fertiliser use. Consider congestion charges to tackle traffic issues. No changes to current taxation of Maori assets and incorporations. Recommends government take steps to encourage retirement saving for low and middle income groups through possible refunds of employer's super tax, reduce tax rate on some KiwiSaver investments. Review taxation of charities to ensure the income from commercial activities are being used for the charitable causes they are being raised for. Give Inland Revenue extra resources for administration and enforcement. Govt response does not reference capital gains tax

Finance Minister Grant Robertson said the government would take a "measured approach" in its response to the recommendations.

It would not be "throwing the baby out with the bathwater" as it looks at what recommendations it might adopt, he said.

The government would seek technical advice on addressing some of the elements of the tax system deemed to be unfair by the Tax Working Group, but Mr Robertson said it was "not bound" to accept the whole report.

"It was highly unlikely all recommendations will need to be implemented," he said in a statement released alongside the Tax Working Group's report.

But he does not directly address the recommended capital gains tax.

Mr Robertson would now discuss the recommendations with Labour's coalition and confidence and supply partners as they work to find "consensus on the best overall package".

He reiterated any changes as a result of this report would be passed this term; they would be legislated to come into effect on 1 April 2021, which would give New Zealanders a chance to vote on decisions made this term.

National would have the opportunity to repeal the legislation if it wins the election, however the changes will come in immediately if a Labour government is re-elected.

Mr Robertson said in a news conference after the release that New Zealand First and Winston Peters were engaging "very constructively" on the recommendations.

"We've got principles that we're applying here which is about how do we create the fairest and most balanced possible tax system and we'll look at the components of the packages in that light."

Mr Robertson said the working group had done the job asked of it which was to come up with a suite of recommendations.

Revenue Minister Stuart Nash said any law changes needed would not be done under urgency in Parliament.

When asked about New Zealanders attitudes towards a capital gains tax, Mr Nash said: "New Zealanders have an inherent sense of fairness and if they feel that something is unfair they look to the government to remedy that.

Working group not a 'glove puppet' of government - Cullen

In his opening remarks the chair of the group and former Labour Party MP and Cabinet Minister, Michael Cullen, directly addressed criticism that had been levelled at the group and its work.

He said it was quite wrong to infer the group was somehow a "glove puppet" of the coalition government, manipulated into delivering a pre-determined result.

It was a very diverse group of people, with diverse and strong opinions on the tax system, and their conclusions were not "some kind of jack up by the head office of the Labour Party".

During his time in public office, including his several years as Finance Minister, Sir Michael said no one would ever find a public comment from him endorsing a capital gains tax - he said people could read into that what they would.