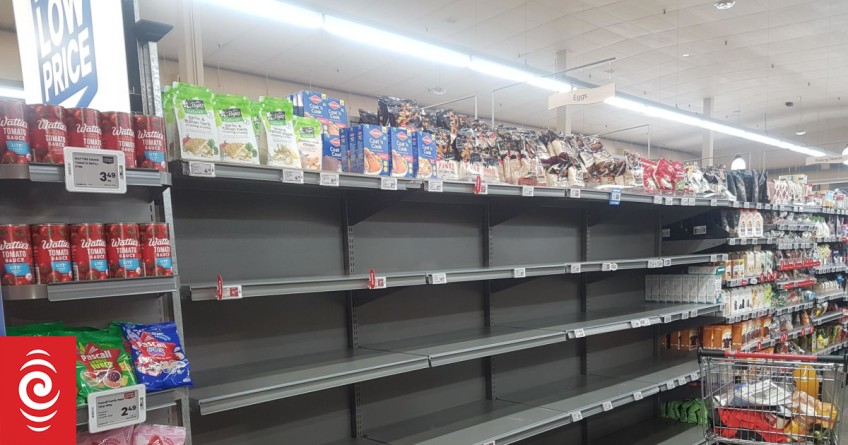 Supermarket shelves are bare of eggs while others are limiting the number of cartons customers can buy during a drop in supply.

At a Pak'NSave in Christchurch, customers were only allowed two cartons each, while shelves were empty at both New World and Countdown in Levin.

A ban on battery caged hens, announced back in 2012, comes into effect on Saturday and over the past few years the deadline has caused turmoil in the industry.

Egg Producers Federation executive director Michael Brooks said more than 75 percent of chicken farmers have had to change their farming methods or their career because of the ban.

"The supermarket's announcement to refuse colony cage eggs, the end of the cage system, plus Covid, plus the grain cost rising because of the Ukraine war have all come together," he said.

In 2012, 84 percent of all the country's eggs were from battery farms.

Brooks predicted egg prices would also rise as it has cost farmers millions to change their practices.

When the government announced the battery cage ban, it told farmers they would have to transition to colony, barn or free range farming.

But in 2019, both Foodstuffs and Countdown said they would no longer accept colony eggs from 2025 either, which Brooks described as a "bombshell".

"That put real confusion into the industry. A number of people - in fact a third of the industry - had already gone to colony eggs. But to go free range, they'd have to buy a whole new farm ... and the barn system was one we hardly knew in New Zealand, so a lot of farmers were really thrown."

Supermarkets in New Zealand sell over 50 percent of all eggs and when they added the extra ban, some farmers who had already switched to colony cages decided to leave the industry, he said.

Brooks said colony cages, which can house between 20 and 60 birds and have a scratching mat, roosts and a nesting area, were humane but this was disputed by animal rights activists.

"The demand for eggs is high at this special time of year, we eat more eggs for breakfast and brunch, we do more home baking - and we're whipping up more pavlovas," spokesperson Emma Wooster said.

But she also acknowledged the ban was the driving factor.

"It's a significant change for the egg supply industry and to help support the transition, and to make sure customers get a fair shake when they shop, some Foodstuffs stores have put temporary limits on eggs.

"As we phase-out caged eggs from our stores, we'll be working with the egg industry to increase our offer in colony, barn and free-range eggs and we're committed to working closely with government and New Zealand egg suppliers to meet our target to become fully cage-free by 2027."

A Countdown spokesperson said it was also experiencing the reduced supply.

"We have direct partnerships with our egg farmers and we appreciate our customer's understanding while we work closely with them to get more eggs on the shelf as soon as possible," they said.

But Brooks said it would take a minimum of five months to alleviate the shortage.