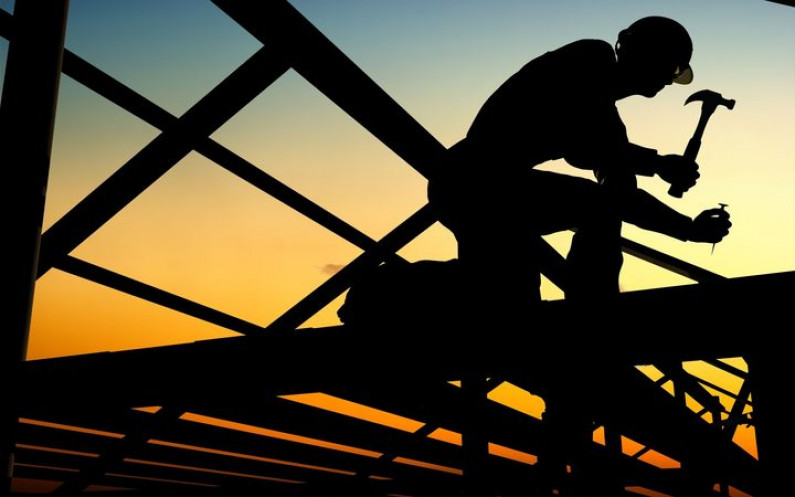 House builders are being deterred from offering fixed prices on jobs by escalating prices and critical shortages of materials.

Mortgage brokers are now finding escalation clauses cropping up in contracts to allow for material prices to rise; they say banks favour fixed price builds, so getting a mortgage could become harder.

"To me, it's uncharted territory - I haven't seen this before," Paulette Trotter, who's been in the finance industry for three decades, said.

The situation is exacerbated by the pandemic choking the supply chain north and south from Auckland, so severely some builders are having to down tools.

Mike Blackburn of Canterbury's CBS construction co-op is hearing of the pressures on their 600-plus tradie members.

"I had an email this morning from a builder who said by [Monday] afternoon, it'll be tools down for them, they simply don't have the building materials to carry on working," Blackburn said.

Demand was already sky-high as rocketing consents fuelled construction cost inflation of 4.5 percent annually as of June - before the lockdown hit and made it worse.

Blackburn says that presents an "enormous challenge" to quoting a fixed price - till now the standard approach for building new homes.

Stephen Voyle, a principal at Context Architects, said one approach was to fix the price of early work, say for foundations, or for only the early half of a project.

"We can't find anyone to give us a fixed price anymore," he told a recent construction webinar.

"Projects are two years long, and it's just impossible."

Master Builders chief executive David Kelly warned in the same webinar against "not being talked into" a fixed price job.

"Clients will want a fixed price, I understand that. Builders like to help people.

"But you have to preserve your margin, and be very, very wary."

Cushioned by its size and the fact it's both a developer and builder, it is still not immune.

"And then what's going to happen is banks are going to refuse to lend to these people.

"And we're going to see a real interesting sort of dance between the finance institutions and the construction industry and the clients, of how everything's gonna fit together."

Mortgage broker Bruce Patten helped with a fixed price contract just yesterday - they are still being offered, but at the same time he is seeing more escalation clauses.

"Most recently it was a case where they haven't started the build yet and they've already come back and said, 'the price increase is $25,000 on the original purchase price' on a modest Christchurch property."

That buyer had a clause allowing them to back out, Patten said.

Blackburn said such escalation clauses are the new go-to for builders to cope with very thin margins.

Trotter has also run into the price escalating - but without warning.

"I've definitely seen a few things in the last couple of months I've never seen before," she said.

"I've seen in a couple of instances where clients have signed fixed price contracts last year, and the builders have come back going, 'It's changed. You owe me another $65,000'.

"I've got them to take legal advice, but there's nothing they can do. They've had to pay the money."

In one case, provisional costs in the contract complicated the matter, but the other was a straight fixed price.

Trotter has a warning for hard-pressed buyers.

"If you've got somebody that just meets the [lending] criteria, and there's escalation clauses in there... I can guarantee the bank are going to decline that approval."

Patten says what's occurring could have a "huge impact".

"Banks generally won't allow anything to be done on anything other than a fixed price contract, unless you've got at least 35 percent deposit.

"And the majority of people, not just first home buyers ... aren't putting in a third of the purchase price."

Builders expected the choke on building materials to continue even after Auckland exits alert level 4. Hardcastle expected some firms won't cope with making changes to contracting.

"It is going to add significant complexity that most people won't be able to deal with," he said.

"We've got record consents at the moment, but I also think we're going to have record amounts of projects not going ahead.

"I would probably get three phone calls a day from people that were trying to do a development and have now given up and are trying to sell the land to me."

The government needed to do more about maintaining productivity, while combating Covid-19, he said.

The construction webinar heard that ways to manage the problems include involving a contractor early on in a build, or to lock in what products are specified for use, and the price, off finished drawings.