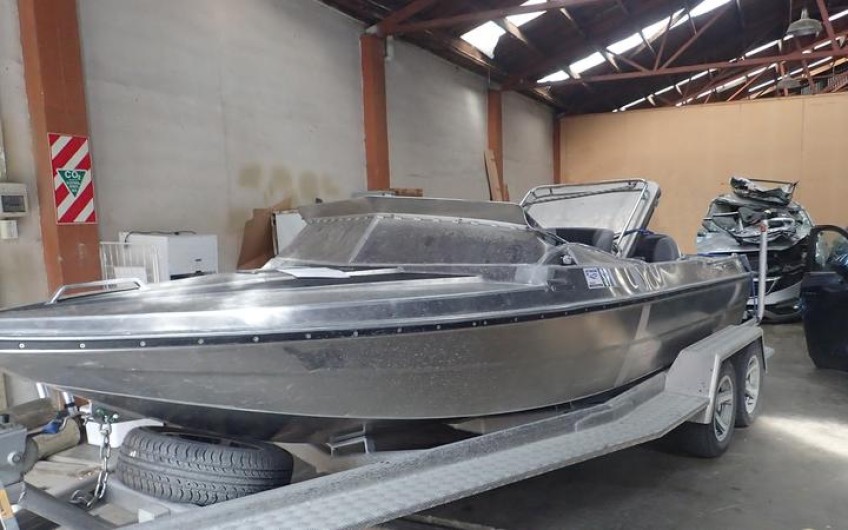 Speed and alcohol were factors in a fatal jet boat crash in Fiordland last year.

The Transport Accident Investigation Commission (TAIC) has today released its final report on the accident on the Hollyford River in March last year, and has prompted renewed calls for rules to prevent people in safety-critical roles being impaired by alcohol or drugs.

It said the boat, with four people on board, was travelling at 35 to 50km/h in fading evening light when it hit a rock in a shallow channel of the river. The driver lost control and the boat skidded along gravel and came to rest on a gravel bar in the middle of the river.

One passenger was killed and two others seriously injured in the accident, after which the driver of the jetboat was found with a blood alcohol concentration about three times the legal limit for driving a car.

Police said the driver of the jetboat had earlier admitted a charge of breaching the Maritime Transport Act, and was due to reappear in the Invercargill District Court for sentencing in July.

TAIC chief investigator of accidents Aaron Holman said it was made more likely by a combination of insufficient planning; insufficient daylight; and too much speed and alcohol.

"The commission's long-standing advice is that people in safety-critical roles should not be impaired by alcohol or drugs; it's a TAIC Watchlist item and the subject of numerous previous recommendations.

"The commission found it was virtually certain that the accident happened because alcohol consumption impaired the driver's ability to make good decisions and to operate the jet boat safely."

Holman said the jet boat's speed meant the driver had less time to make good driving decisions, and in the flat lighting conditions, rocks and other risk features were hard to see, further affecting the driver's ability to set a safe course.

He said skippers needed to plan their trip thoroughly, drive to the conditions, and recognise the limits of their ability.

In its recommendations, TAIC was now renewing its call for legislation to prohibit people in safety-critical roles being impaired by alcohol or drugs.

It was also calling for Maritime New Zealand to improve its database about fatal accidents and incidents involving alcohol impairment.