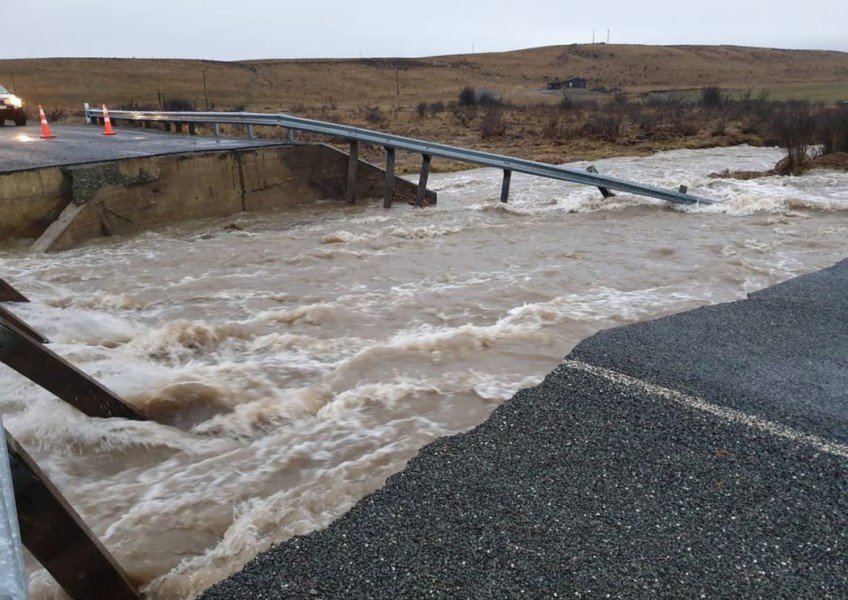 South Island floods: Clean-up ahead for parts of Otago, Canterbury

A massive clean-up is ahead for parts of Otago and Canterbury after a storm that flooded homes and farms, ripped up roads, cut off towns and sliced a bridge in half.

Many roads are still closed and as river levels and flood waters drop people are waiting to see the full extent of the damage.

In Omarama dozens of people had to flee the Top 10 Holiday Park and owner Irwin Beiboer said many of the units were still underwater.

"There's too much water flowing through there (to check the remaining units)," he said.

"We think some units have been hit the hardest because they're standing at the lowest place.

"The units we have checked, the carpet is soggy, the showers, the toilets, everything is just muddy and wet." 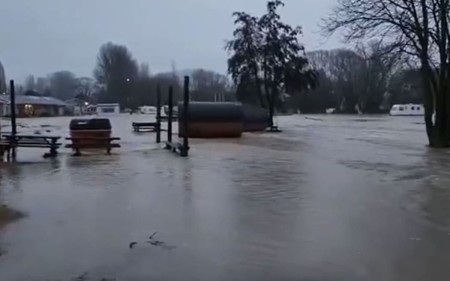 Further south in Otematata where several homes were flooded, locals are calling the storm the biggest in nearly half a century,

"There's still a bit of water around," he said.

"We evacuated about three homes to be fair and those people are happy now.

"We'll just continue the cleanup [today] and see what the day brings."

The only bridge into Lake Ōhau, near Twizel, has been washed out leaving more than 100 holidaymakers at the local lodge stranded.

Fixing it is a top priority for Waitaki District Council.

"It's a bit of a problem and we can't really get onto it until the waters receed," Waitaki mayor Gary Kircher said.

Kircher is working out how to make sure people stranded on one side the bridge don't run out of the essentials.

"They're okay for the time being but it is just a matter of making sure they've got food supplies and all the bits that they need to look after the people that are in there," he said.

"We're still working on the logistics around making sure those people are properly looked after."

The Waitaki River usually runs at 300-400 cumecs and is currently running at 1500 cumecs, he said.

"There's a heck of a lot of water running down to the coast. The ground, everything is just so sodden - that's caused a lot of the slips, a lot of the blockages on the roads."

Mount Cook Village has also been cut off after being hammered in the storm.

"I'm hoping they'll be able to shift that debris which is about 80 to 100 metres wide covering the road," he said.

Waka Kotahi expected to be able to tell people by midday when the road will re-open.

Timaru Civil Defence is monitoring river levels which remain high but are beginning to recede.

Heavy rainfall inland east of the Southern Alps that resulted in high river flows are still affecting some roads and low-lying areas.

A council spokesperson said river levels are dropping but some remain high.

Road closures will affect travel in some areas and people should check their route before leaving.

In Mid Canterbury, the Ashburton River burst its banks and flooded neighbouring farmland.

Rhys Roberts has farms south of the river in Mount Somers and Westerfield and said both parts of both properties were underwater.

He said the next few days would be assessing the scale of the damage.

"One of the farms is a dairy farm that's got cows calving down in the next five days," he said.

"For us it's quite important to get that farm back up on its feet so there'll be a lot of effort go into this farm.

"We're hoping it hasn't caused much scouring but we'll be re-assessing that."

Ashburton Mayor Neil Brown said the river peaked on Tuesday night without causing any more flooding and he was confident the worst was over.

Environment Canterbury rivers manager Leigh Griffiths told Morning Report the Ashburton River floodbanks had all been fixed before the flood.

However she said there was some erosion, partly because the vegetation hadn't had time to establish.

"There's still a huge amount of work to do on the river, we've done a lot."

Gravel extraction work had started since the floods last year but said it will cost millions of dollars to remove it all.

The gravel sits quite high up in the catchment and a lot of contractors didn't want to go that far up to remove it because of the transport costs, she said.

"Some of the issue with Ashburton is that the stopbanks are far too close to the river, it's a historic issue which we're trying to sort out so we're actively talking to central government and others about how we can get some funding to relocate stopbanks a bit further back from the river to give the river a bit more room to move."

Expect ice and snow on the roads

Haast and Lindis passes, State Highway Eight between Omaramara and Twizel, and the Aoraki Mount Cook highway were shut overnight due to damage, and crews would be working to clear them today.

"It's the worst it has been for a number of years."

Those looking for an alternative route from Queenstown to Christchurch could take SH85 but should expect pot holes, flood damage, ice and snow.

All vehicles initially trapped have been released and Waka Kotahi says the highway is now closed to all traffic while the slip is investigated.

A spokesperson says the only alternative route for people travelling from Christchurch to Nelson is via SH1 - which will add an hour to travel times.

Main image (Supplied/Bevan Rusbatch): A bridge washed out on Lake Ōhau Road near the SH8 turnoff on Tuesday.