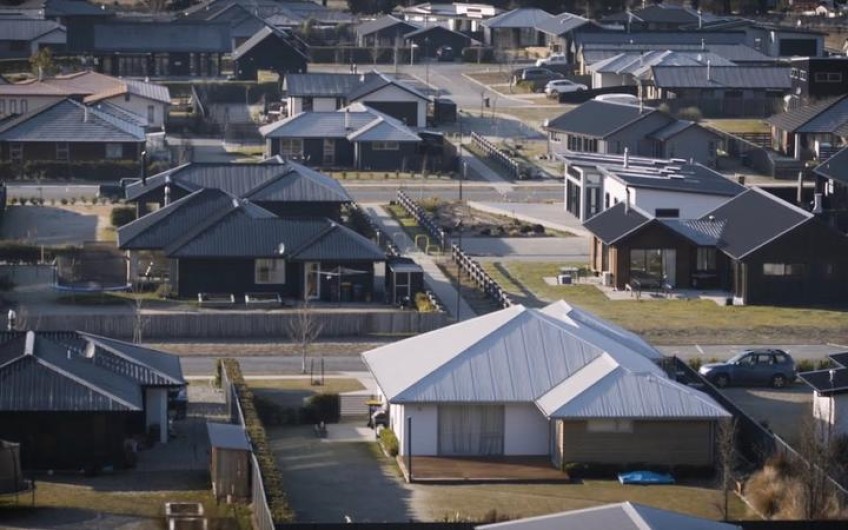 The need to view housing as a human right is long overdue - that's the view of a leading economist and a tenants advocate.

The latest data from realestate.co.nz showed the number of houses on the market hit a 14-year low last month. Photo: RNZ / YouTube

The Human Rights Commission has released its initial guidelines on what the right to a decent home means in Aotearoa, and that will inform an inquiry later this year.

The commission said successive governments shared responsibility for a massive human rights failure, with the goal of an affordable, healthy home now more remote than ever for many New Zealanders.

Economist Shamubeel Eaqub agreed it was time to recognise housing as a human right.

"We're not the only ones that are suffering these issues but in New Zealand we have seen massive issues with our housing market."

The latest data from realestate.co.nz showed the number of houses on the market hit a 14-year low last month.

Eaqub said that was just another symptom of the ongoing housing crisis.

The government needed to show the same political will to tackle the crisis that previous governments showed after World War II.

"New Zealand went through this in the past, so when we had the reforms after the Second World War it was off the back of massive housing shortages, massive problems with housing and that's why the big move to build more houses and those policies came through.

"I think we need to have that moment of crisis and solution again."

"We know what the road map is to get to justice and equality because we've done it before," he said.

"The Labour government did it in the 1940s. They built tens of thousands of houses a year, they put strict regulations on the amount of rent you could charge, they had really high standards for what new builds and what rentals had to be.

"They put in all these measures because they were seen, at the time, as common sense."

While unwinding four decades of neo-liberalism might not seem politically appealing, not doing so should be even more unpalatable, he said.

"It's really bad out there," Jacob said.

"The fact that masses of people are living in the awful conditions that we see on the news and people come to us describing it - it really should embarrass a government that sees itself to be social democratic and considers itself to be representing fairness and equality and justice. ...

"I'm glad that there are people talking about it as a human rights issue because it really is."

"All young people should have access to safe, stable and supported housing. We have been calling the housing crisis a human rights crisis for a while now, so to hear these words from our country's Human Rights Commissioner is very encouraging and bodes well for the future of our rangatahi," he said.

"Without a strategy to end youth homelessness, the basic human rights of young people will continue to be neglected, leaving some of our most vulnerable rangatahi vulnerable and at risk.

"We find it especially noteworthy that the guidelines are built on values of manaakitanga [kindness], the United Nations housing principles as well as Te Tiriti o Waitangi.

"If we want to end homelessness in Aotearoa, and keep our young people safe while we do it, we need to invest in solutions that will work for our rangatahi."

Wellingtonian Cavaan Wild said housing should be seen as a human right, and that should be housing which was warm, safe and affordable.

The 25-year-old was searching for his first home along with his partner and at present he was limited to accepting cold, old and mouldy stock or housing with serious structural flaws.

"I went to look at a house in Upper Hutt probably three weeks to a month ago and it was within our budget.

"It was small, it wasn't a cross-lease - which we were trying to avoid - it was ticking all our boxes and then we went through the council record on the place and it had subsided three or four times since the 80s. So it was occurring on an almost ten-year basis."

But the couple had accepted they would need to take what they could get if they wanted to get on the property ladder, he said.

Our plan is working - Housing Minister

Housing Minister Megan Woods said in a statement she was acutely aware of the challenges faced by many in finding affordable, warm, dry, long-term housing.

"This is a legacy problem that has been decades in the making; not enough new, affordable homes have been built, and previous governments have failed to do anything about it," the statement said.

"It is great to see the Human Rights Commission take an interest in housing and we are happy to work with them to highlight the urgent work the government is already undertaking to ensure all New Zealanders have safe, warm and dry homes.

"Right across government, there is a major programme of work underway aimed at increasing the supply of public housing, improving housing affordability and lifting incomes.

"You only have to look around Auckland and Porirua to get a sense of our major public house build. In fact under this government, more houses are being built now than at any time since the 1970s.

"We are also investing more than any government has done since the 1970s on infrastructure like pipes and roads to get more housing built. Meanwhile, significant changes to the Residential Tenancies Act are improving the quality and security of rental accommodation.