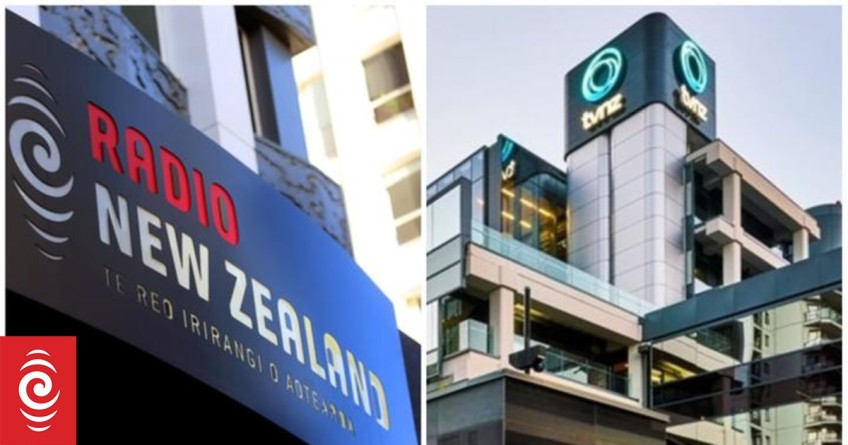 Contractors paid up to $8,900 per week for media merger

Private consultants working on the public media mega-merger are on contracts worth up to almost $9000 a week, and an average of almost $6000 a week.

The government has $40m to spend on the transition of two - RNZ and TVNZ - into one entity, and at least a quarter of that is going on contractors.

The bill for 17 of the largest contracts for individual jobs is almost $4m, on top of the $5m for the largest single contractor working on the transition, Deloitte.

An OIA response from the Ministry for Culture and Heritage shows the most costly weekly contract for a programme director is for $393,000 over 44 weeks, or $8900 a week.

A change management leader is on a $8000-a-week contract.

All 17 have been hired through recruitment firms.

TVNZ's staff average pay was about $2100 a week last year and RNZ's $1700 in 2020-21. These amounts were skewed upwards by high amounts earned by small numbers of staff.

Most of the merger contracts are running for 30-40 weeks up until next month; the ministry said some would likely be extended.

RNZ requested to know only about those contracts worth more than $100,000.

The ministry said it was about to let a new $100,000-plus contract to find executives to head the merged entity.

The new entity will be established legally in March 2023 and get its first government funding next July of $109m per year for three years.

With the addition of advertising income total revenue is expected to be about $400m a year.

"All contractors were sourced through the All of Government recruitment panel," the ministry said in the OIA.

The panel is designed to promote consistency in terms and conditions for contracts between 41 recruitment agencies and 179 government agencies, for common jobs in administration, IT and services.

How the panel runs is being overhauled.

But the switch from a percentage-based pricing model to a fixed-fee model sparked industry concerns about "unintended consequences", so officials called a pause, then issued a revised tender last month.

"One of the key changes is the proposed introduction of new, lower rates [for] contractors if they stay in a placement and move into a second year of work with the organisation they have been placed in by a recruiter," the Ministry of Business, Innovation and Employment said.

It also switched from putting an emphasis on the transaction, to more stress on value, "enabling transparency and consistency", it said.

The Ministry for Culture and Heritage specialist services were required to do this level of design and change.

"It is standard public service practice that contractors are utilised where the existing workforce do not have the capacity or specialist expertise to deliver major new initiatives," said policy and sector performance deputy chief executive Emily Fabling.

It had four major workstreams going on.

The ministry declined an interview.

Public media researcher Dr Peter Thompson said he was not aware that Deloitte had a track record in establishing public media entities, unlike its record on business, accounting and management.

"The government's employment of big consultancy firms often has as much to do with the desire to imbue public policy initiatives with some sort of corporate veneer of legitimacy as it does with delivering effective policy outcomes," Thompson said.

"Although it might well be prudent to consult these firms on the financial aspects of state enterprises, significant expertise on such issues already resides in Treasury and MBIE."

The government has had a spend-less-on-contractors order for several years, but in the last year it rocketed up.

Having dropped as a proportion of core public sector staff spending immediately before 2021-22, it leapt back up by 33 percent, or $300m to $1.2 billion.