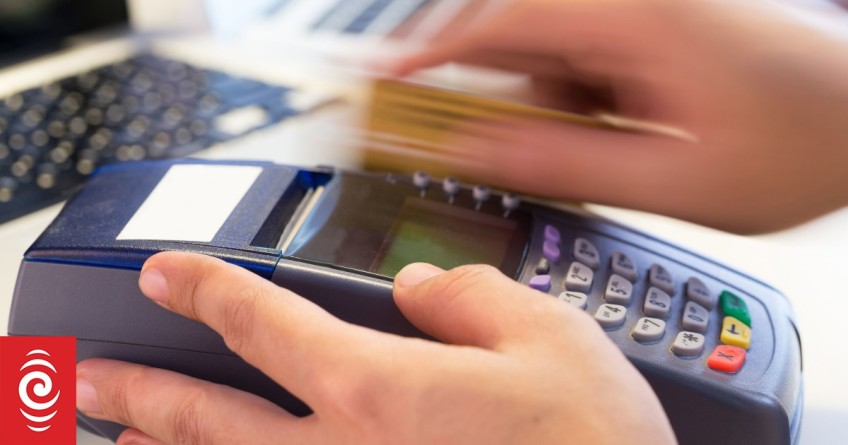 Boxing Day spending is up from last year, but experts say another shopping event could be the new black.

However, he said the sum was only about half of what was spent on Christmas Eve, and also did not reach Black Friday spend levels.

"The 24th traditionally is the busiest day of the year by far. This year it was spread out over two days - so the Friday and the Saturday, given that Christmas was on the Sunday - but both those days were very large in terms of Kiwis spending."

This year was only the second where Black Friday sales had outnumbered Boxing Day spend.

"So that may be a trend that we need to look out for," Proffit said.

"It certainly announces the start of the sale period, and what we tend to see now is that the sales start at Black Friday and don't seem to stop until Christmas. Christmas Eve though, for the last 30 years has been twice as big as the next day and we don't see that trend changing at all."

This could also explain why Boxing Day figures were not meeting other sales event levels, Proffit said.

"There has been some suggestion that there's a bit of buyers' fatigue, that the sales seem to continue for so long that when it comes to Boxing Day, people have already got the deals that they were chasing."

Regionally, Boxing Day spending increased the most in the West Coast - by 33 percent - while Wairarapa saw the biggest drop of 21 percent.

It had emerged in the New Zealand retail scene almost a decade ago, as local stores tried to compete with online sales offshore.

"There's huge customer demand for deals in that month or so out from Christmas. I expect we'll see that continuing to grow over time, and it's certainly, I think, taken a little bit of the shine off perhaps some of the Boxing Day numbers that we might have seen in the past."

While the Worldline data showed how much had been spent, it did not clearly indicate how much of that growth was due to increased costs.

"What I've been hearing really over the last month or so in the lead-up to Christmas is that people have been out shopping, it's been busy in stores, but customers have been spending a little bit less than they might have done," Harford said.

"That's either buying fewer products or it's buying cheaper products that do the same job."

However, Proffit said the spend appeared to have remained relatively stable when taking inflation into account.

The newly revealed trends have been reflected in one of the country's biggest online retailers.

Boxing Day shoppers were particularly interested in items listed under the outdoor and home and furniture catergories, and holiday entertainment, he said.

"Things to keep them occupied at home, like Lego for example is up quite a bit, outdoor toys and electronics, and things that they can play with at home."

It was difficult to compare Black Friday and Boxing Day spend, Wackrow said, with the former often lasting at least three days, and still growing annually.

"Black Friday, I think, people are getting in a bit early and getting their Christmas presents sorted," he said.

"Post-Christmas/Boxing Day sales I think it's more things for themselves rather than maybe for other people.

"It's hard to say as well because a lot of retailers have been stretching out Black Friday, some retailers are doing the whole month of November and things like that, so just Black Friday as a day sale is not quite a thing anymore."