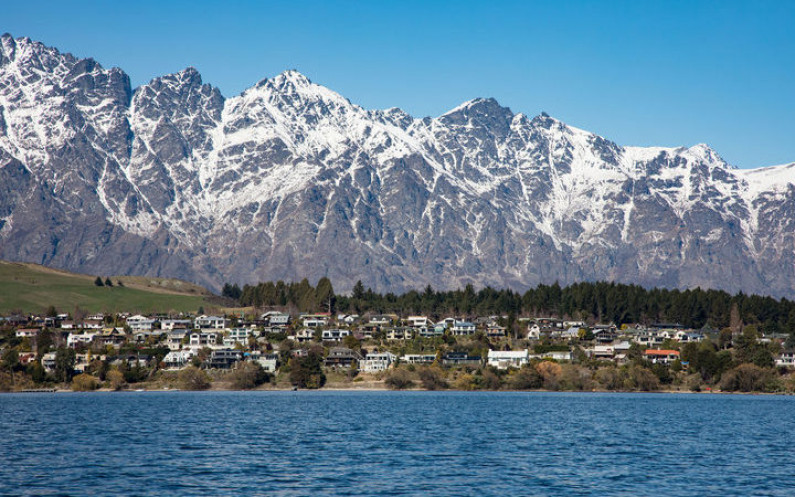 A homeless man living in his car in Queenstown has been told he's not allowed to park up in town anymore, due to freedom camping rules.

The Queenstown Lakes District Council issued Shane Neary with the letter in late June saying it won't grant him concessions anymore because it wants to be consistent with Freedom Camping rules.

This is despite Local Government New Zealand guidelines recommending councils avoid using the rule against people who are genuinely homeless. 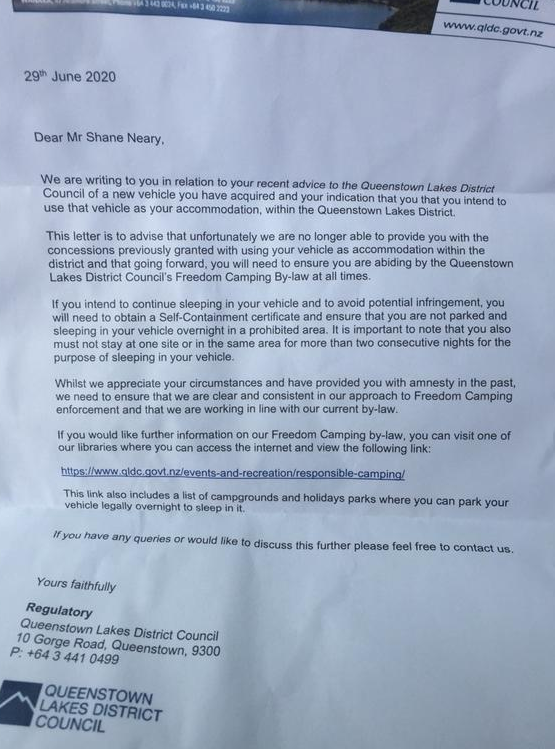 Shane Neary, 25, has been homeless since he was 15 years old.

He has lived with his dogs - Ralph who has cancer and Diesel - in his car in Queenstown for years.

Up until recently, the council let him.

But then he received a letter on 29 June saying that was all coming to an end.

He tried contacting the council, but said he couldn't get any information about why the letter was sent.

He said he's been told that if he were sleeping rough, it wouldn't be a problem - but so long as he has a car, the council is sending him fines and telling him to move along.

"They told me to sleep on the street if I want to be left alone, and I can't sleep in my car or the harassment will keep on coming," he said.

Sleeping on the streets did not appeal, when temperatures were dropping below zero, he said.

The council's by-laws were a response to tourists not respecting the environment they camped in.

The rules require someone to have a self-contained vehicle with a toilet, such as a campervan, and only stay a maximum of two consecutive nights in one spot.

Neary can't afford a campervan, and to park his car at a campsite could cost him between $100 and $320 a week.

"I'm on the benefit, struggling, and I'm a homeless person," he said.

"I'm not a freedom camper. I shouldn't be treated like that.

"I'm just trying to do the best I can and trying to survive and stay warm."

Neary said he has told all of this to the council, but felt like it had fallen on deaf ears.

"They know my situation - they know I have no money and am living on a benefit."

He said it's depressing the council suggested getting a self-contained vehicle or paying to stay at a campsite. 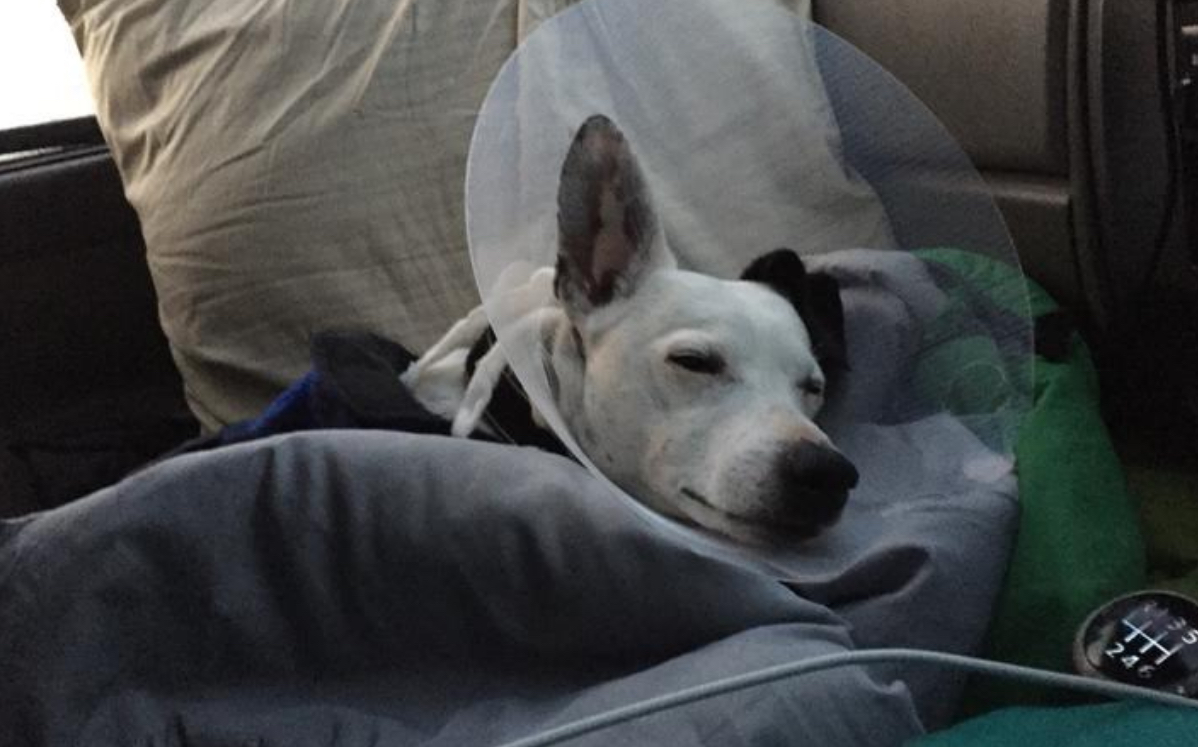 Shane's dog Ralph in the car they call home

The council had suggested he park out of town, he said, but that came with its own problems, including disgruntled residents and no toilets.

Latest figures for Southland show there were just over 400 people waiting for social housing.

But late yesterday after he spoke to RNZ, Neary said he received a phone call, out of the blue, from the Ministry of Social Development offering help.

Ultimately, Neary wants a home to live in, with his dogs.

But until that happens, he has a message for the council.

"Leave me alone. Let me live my life the best I can in my car. I shouldn't have to sleep on the street and be cold, to be left alone."

He said the experience is taking a toll on his mental health.

The council declined an interview.

In a statement, it said: "We are not officially aware of any homeless people sleeping in cars in Queenstown although we are aware of anecdotal comment that this may be happening".

This is despite sending a letter, on a council letterhead, to Neary about living in his car.

It also urged people in this position to contact services such as The Salvation Army or Work and Income for help.

"If it's a reality for more people, we again encourage them to seek assistance from the appropriate organisations in the district," it said.