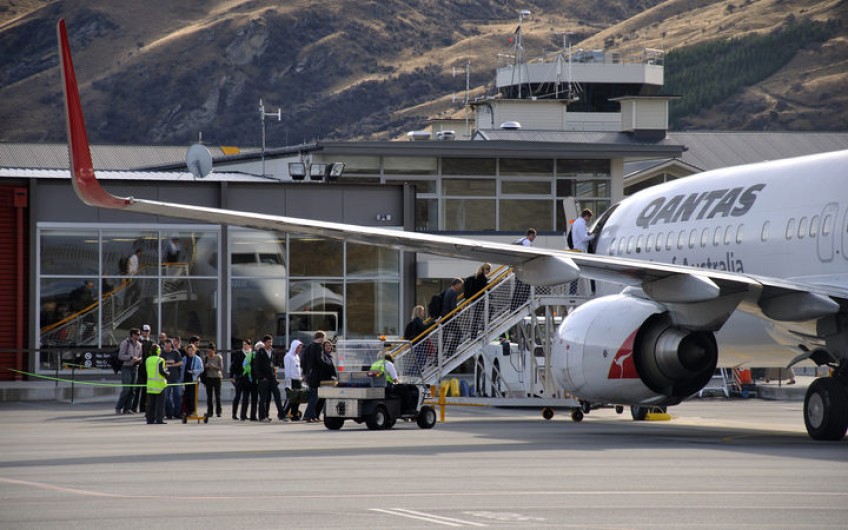 Queenstown Airport to be visited by millions by 2045

With more passengers converging on the lower South Island each year, the region is bracing for an onslaught of visitors arriving by air.

Queenstown Airport looks set to bare the brunt of the arrivals - 2.5 million passengers are anticipated to use the airport by 2045.

However, plans to double flights sparked outrage last month, with the community saying the area is struggling to handle existing visitor numbers - let alone adding more to the mix.

Instead residents began pointing to nearby regions to pick up the slack, including Invercargill, Dunedin and Wanaka.

Invercargill Airport general manager Nigel Finnerty said Southland already had a ready-made option - it had one of the longest runways in the country, diverted flights from Queenstown already land there and weather rarely effected flights.

"Unlike some of the other areas I think are being talked about - the Lumsden, Wanaka and maybe some of the Central Otago locations - we don't need a massive increase in infrastructure to take international flights," Mr Finnerty said.

"We've just got a new terminal down here and as part of the new terminal we factored in security and the need to potentially have that in the future."

Additional costs would be involved to prepare the airport, but it would cost significantly less than other options, including building a new Central Otago airport, he said.

Air New Zealand suggested the new airport in its submission to the Queenstown Airport expansion in September, which was welcomed by Central Otago Mayor Tim Cadogan at the time.

"It's always appealing to Southlanders, there's no doubt about that so I imagine the additional flights in and out of Invercargill would be very appealing to the travelling public and also create potential for new itineraries and new opportunities for visitors," Mr Canny said.

Dunedin Airport chief executive Richard Roberts said the airport had a significant amount of capacity to pick up more flights.

The lack of curfews, current terminal upgrades and runway length put the airport in a strong position, Mr Roberts said.

"We all want to attract more, but its kind of sharing the load as well. I think we can all be kind of quite selfish wanting a bigger piece of the pie that's the same size.

"What if we grew the size of the pie and we actually shared the tourists around and took load off the hot spots as well?"

The main issue would then become attracting airlines to boost their flights outside of Queenstown, he said.

Mr Roberts has thrown down the gauntlet to Regional Tourism Organisations in the lower South Island to work together to market the region as a whole.

Dunedin City Mayor Dave Cull said if there was an opportunity to host more flights, they would be welcomed.

"We're not about to try and steal Queenstown business, but we're conscious of the pressure on them," Mr Cull said.

But not everyone is embracing the prospect of more flights and tourists.

Last month, Queenstown Airport announced it was putting expansion plans on ice, saying it would focus on the Wanaka Airport master plan instead.

But Wanaka Community Board chairperson and ward councillor Quentin Smith said the community was concerned there wasn't enough information on the impact picking up flights could have on the town.

The Wanaka Airport master plan will go out for public consultation in September next year.