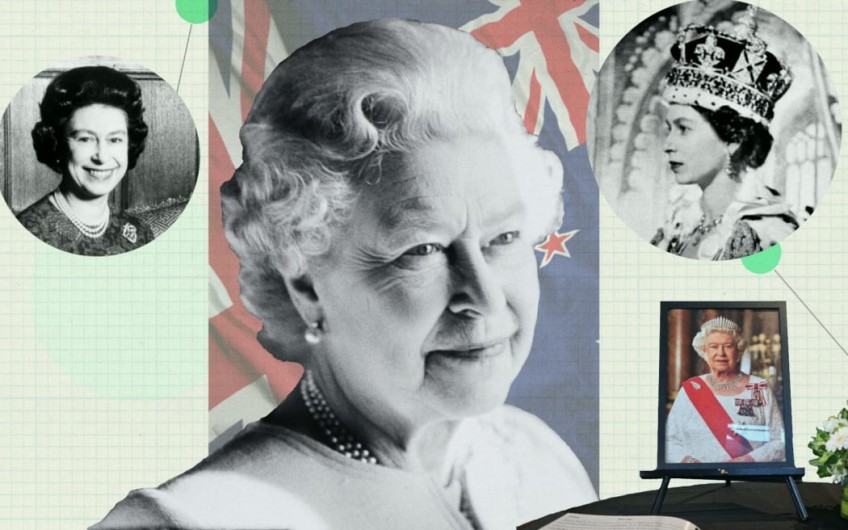 Queen Elizabeth II Memorial Day: What you need to know

Today is New Zealand's official Queen Elizabeth II Memorial Day public holiday, with a wide range of events planned and closures around the motu to honour Her Majesty. Here's what you need to know.

It's a public holiday, and many local council services will be closed or have reduced hours - and the cafes and shops are allowed to open, although some may choose to close.

What has happened so far?

Queen Elizabeth II died on 9 September after a 70-year-reign, the longest of any British monarch, and her son Charles has become King.

The Queen's lying in state and elaborate funeral a week ago in the UK drew hundreds of thousands to London to pay their respects.

A date for the coronation of King Charles III has not been set yet, but don't expect it before next year.

* In pictures: The funeral of Queen Elizabeth

What is New Zealand doing today?

Cabinet declared the one-off holiday shortly after the Queen's death.

The main event will be the official New Zealand Memorial Service at Wellington Cathedral of St Paul at 2pm, which RNZ will stream live.

Governor-General Dame Cindy Kiro will deliver an address, while Prime Minister Jacinda Ardern and a youth representative will give readings. Acting Dean of St Paul Reverend Katie Lawrence will lead the service.

There will be a nationwide minute of silence as the service starts at 2pm to honour the Queen.

Ardern will read an extract from the book The Royal Visit to New Zealand, which was published following the Queen's first visit here.

The Queen's Personal Flag for New Zealand will be paraded for the last time.

The service will be restricted to invited guests, but it will be online and broadcast on two large screens at Parliament grounds.

An Auckland service will also be held at Holy Trinity Cathedral, Parnell at 5pm. Many of Auckland's landmarks will light up in purple, including Vector Lights on Auckland Harbour Bridge, Auckland War Memorial Museum and the Sky Tower.

A service was held in Christchurch last night.

The chair of Monarchy New Zealand, Dr Sean Palmer, said people might reflect on the Queen's 70 years of service.

"All New Zealanders recognise the Queen in the way they feel most comfortable - for some this is a very personal occasion, they are particularly distressed that she's passed away.

"But there will be others that will just like to think about it for a moment as a turning the page, and that this is a moment of history."

Wellington Mayor Andy Foster said the event there will be a time for reflection.

"There's a sadness that we've all lost something.

"I think a lot of people in reflecting about the Queen's passing probably felt some degree surprised, that feeling, that sense of loss of somebody who's always been there, someone who's been a huge and diligent servant of the whole Commonwealth and our head of state for most of us, for more than our lives."

Foster said he very briefly shook hands with the Queen during her visit to Government House in the 1990s.

"I know many people will want the opportunity to pay their respects and the public holiday offers communities around the country the ability to come together and pay tribute at local events also," Prime Minister Jacinda Ardern said in announcing the holiday.

"I think ultimately though this is historic. We are not going to see in many people's lifetime a change in our head of state.

"This is one day, a one-off, and a chance for New Zealanders to just take pause and acknowledge the contribution."

Among other events, Timaru District Council will be hosting a special memorial at 1.30pm at West End Hall.

For other local services, check with local councils and organisations.

Parliament and libraries throughout Aotearoa have had condolence books open to the public. Condolence messages can also be sent to condolences@dia.govt.nz or made online at the Royal Family's website.

In most cities, council services such as libraries and facilities will be closed or operating with reduced hours. Other popular attractions such as Museum of New Zealand Te Papa Tongarewa in Wellington, Auckland War Memorial Museum and Hamilton Gardens will be open.

For a broader overview, look at what will be open and closed here.

It's a good idea to check with any venue you're heading to today first.

The South Canterbury Anniversary Day public holiday, which was originally scheduled for today, was moved to November so as not to clash with the new holiday.

What about the shops?

Despite today being a public holiday there are no trading restrictions.

Retail New Zealand chief executive Greg Harford said a survey of its members indicated about half are planning to stay closed - and this may be a new trend.

"We saw it with Matariki a couple of months ago as well. Normally most retail would be open on public holidays but we're finding now I think that costs of actually opening your store on a public holiday in terms of time and a half and a day in lieu you need to pay your staff are just increasingly difficult for retailers."

Harford said in the past most retailers had remained open, but that was increasingly difficult for retailers when costs are skyrocketing and customers weren't spending what they might like them to.

Anyone who wants to raise a glass in honour of the Queen's 70-year reign can still do so - as there won't be any restrictions on the sale of alcohol.