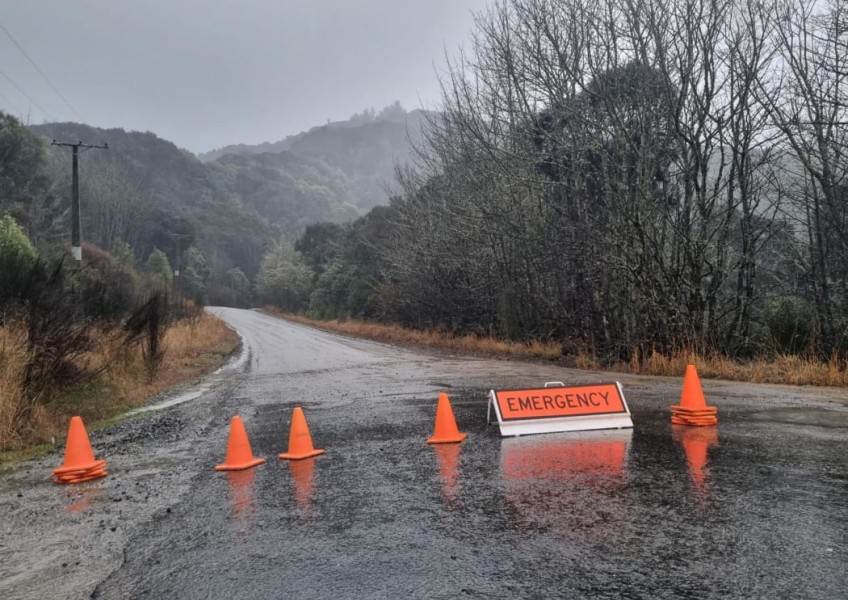 Police recover body after car swept away in Dunedin floodwaters

There is disbelief people tried to cross a swollen river near Dunedin, where one person has lost their life.

The car plunged into the Silver Stream river while trying to cross a ford off Silverstream Road at North Taieri last night.

Emergency services began the search after receiving an emergency call about 9.10pm.

One body was recovered this morning.

Two people who were in the vehicle were safe, a police spokesperson said.

Melanie Helm, who runs a scout camp nearby, said heavy rain had made the Silver Stream river high and swift.

"It's very sad to hear that but I can't believe people even tried to cross that river. Last night when I was out there it was very swift - you couldn't tell it was a ford."

Police continue to make inquiries on behalf of the coroner.

The road to the accident scene is blocked off as police inquiries continue. Photo: RNZ / Tess Brunton

Meanwhile, a man in a truck who got trapped in the Ohoka River in North Canterbury has been found.

Police dispatched a helicopter to search for him.

Another person was rescued from a car submerged in the Heathcote River in Christchurch about 8pm last night.