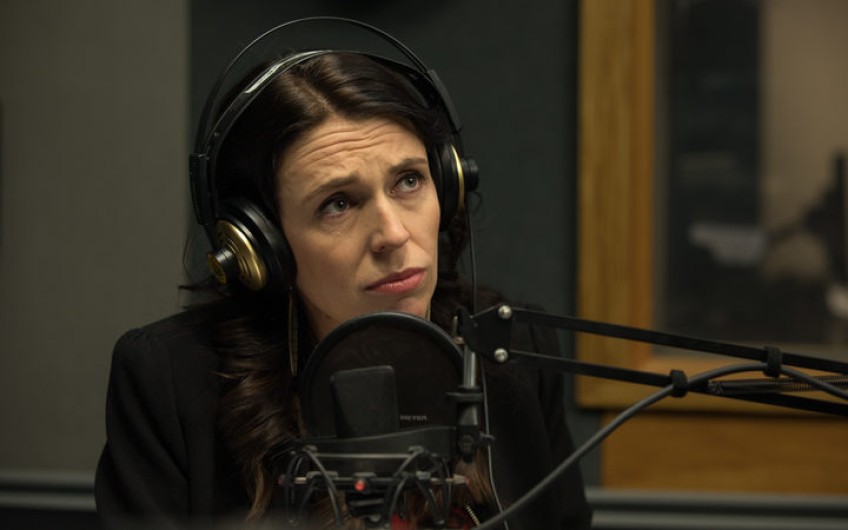 A 13-year-old Waikato girl has sent a letter to the Prime Minister criticising the government's decision to ban the rifles she used for sport shooting.

Maddy Millen-Turner says she competed in three gun and multi-gunning events under her father's gun licence, with an AR-15 rifle purchased for her 13th birthday.

She said it was something she had always wanted to do.

"I've always wanted to do competitions with my dad with shooting and then on the Sika Show in Taupō he got me my birthday present which was an AR-15 rifle," she said.

She said the AR-15 rifle, which is one of the kinds banned under the new gun laws, could be used for hunting or competition shooting.

"You can go hunting for like deer and stuff but, like, we don't do it for trophies we do it to provide food for the family on the table ... also we could do three-gun shooting which is you have a shotgun, a pistol and you can use another type of rifle and I would have used that one - the AR-15 - with it."

She said the ban had made her angry.

"Frustration and annoyance and just very upset. Me and my dad, we went to Waihi and handed in both of our ARs and also some other guns and parts. It was very tough. I did have an outburst of tears and I couldn't handle it. It was really bad.

"I was very angry and I wanted to let Jacinda know that because everyone was like, talking about it and saying 'I'm very angry, I want Jacinda to know', but I felt like no one really did anything about it ... so I decided to speak up on behalf of New Zealand shooters who thought the same way as me."

She said she did not understand why some guns had been banned and others had not.

"There's a variety left that still shoot and still can do the same thing, but she's not doing anything about those ones ... she could have made the gun laws harder but like, she didn't have to ban the guns and people's sport and passion."

Ms Ardern responded on Morning Report today, saying the government had to draw a line on what guns should be available for recreational hunting.

"I did hear Maddy's concerns, and she tried to point out we had to determine where to draw a line. We haven't banned all guns in New Zealand and for very good reason because there are legitimate uses.

"The question we had to ask ourselves is 'do you require a gun that can have 20- or 30-round magazines attached to them ... are they necessary to undertake hunting, for instance, and the answer for us was no."

"My understanding is that the AR-15 can use a 20- or 30-round detachable box magazine. It's those guns where you don't have to reload and you can fire continuously that can cause the amount of harm we saw on March 15."

She said the government had taken into account hunting and sporting competitions in its legislation.

"We in fact even took into account the most commonly used guns for the purposes of hunting and duck shooting.

"You can still hunt, you can still engage in sporting competitions. In fact, the advice we've received was that Commonwealth and Olympic sportspeople were not affected by the guns that we'd removed from circulation."

She also responded to Maddy's argument that the gun was light and easy to use.

"Some might argue that [for those] who wish to use it for the purposes of taking others' lives, that would also be the case. We have to draw the line somewhere."

'In her own words and unscripted and unprompted' - Maddy's father

Maddy's father Matt Turner said he was very proud of his daughter.

"And that letter ... the one she sent to Jacinda that was entirely in her own words and unscripted and unprompted.

"We went for a bit of a car journey and she tapped away on her phone and did the letter and sort of said 'If I print it out, dad, can you make sure this goes to Jacinda?' And I said 'yep, I'll email it to her and I'll email it to a few other people too."

He said the three-gun and multi-gun competitions were no longer viable in New Zealand.

"So on the three-gun shoot - which is what used to run in New Zealand and has run for several years - you'd start off at the beginning of the stage if you like with maybe some shotgun targets, and then that shotgun is made safe and put down into a dump bin. You'll pick up the rifle that you've already put there, engage in targets with the rifle, and then put that down and finish off the stage with the pistol.

"It's all on the move, it's all strictly controlled on the range, it doesn't happen in a situation that isn't controlled. There's a range officer right behind the shooter at all times ... the tools for that job is the AR-15 style rifle or a pump-action shotgun or a semi-automatic shotgun, all of which has now been banned by legislation.

"That whole branch of competition, it now completely just can't happen. The targets basically just don't fall down if you shoot them with a bullet .22, and internationally - which people go and do three-gun and multi-gun from New Zealand and round the world - the international discipline requires a centrefire semi-automatic rifle to compete at any sort of level. You just can't do it with anything else.

He said the type of rifle was useful for hunters too.

"No sensible hunter would go to the bush and spray bullets everywhere, because that's not sensible ethical hunting. The reason people choose an AR-15 rifle is because it's light, compact, has low recoil, it's easy for people to shoot in stressful situations like a hunt and they're safe and reliable."