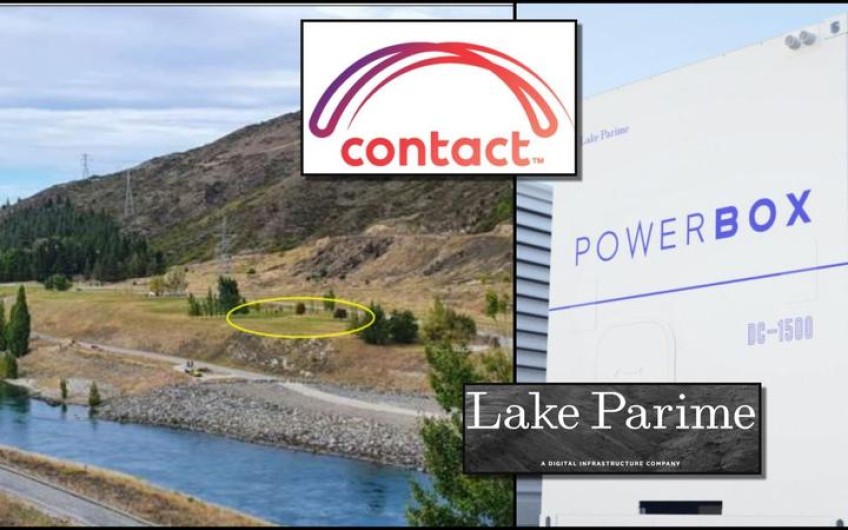 Lake Parime says it works with renewable energy operators to provide sustainable computing infrastructure for things like machine learning, modelling, data visualisations, block chain and cryptocurrency mining. It's that last one that have critics concerned, and question if this is the best option for New Zealand's renewable energy resources.

Contact Energy says a key condition of the agreement with Lake Parime was that it would offer a diverse range of data services. Kathryn speaks with Duncan Faulkner, chairman of Guardians of Lake Dunstan, Murray Dyer, general manager for Simply Energy, a subsidiary of Contact Energy and Sath Ganesarajah, founder and CEO of Lake Parime.

The planned data centre will be a drain on New Zealand's renewable energy resources with no benefit to the region, Guardians of Lake Dunstan chairman Duncan Faulkner says.

He said the community was suspicious of the proposal.

"This is a bit of a smoke and mirrors proposal," Faulkner told Nine to Noon.

"So when a new data centre, which is relatively foreign for most people, is proposed to be added to the existing infrastructure, people are rightly quite concerned and want to know in great detail what it's going to be used for and what the effects are going to be on their quiet historic township of Clyde."

Critics feared it would disproportionately be used for data mining for cryptocurrency and were sceptical about any job creation, he said.

"Given the huge void that Covid-19 has created within the region through a lack of tourism, a traditional data centre would be fantastic for the region. But the concern here is that they're not building a traditional data centre, they are in fact building a cryptocurrency mining facility which ultimately has little positive effect for the community. The concern is it's just going to increase demand and send its profits overseas."

The energy could instead be used to power thousands of homes, Faulkner said.

But Simply Energy, Contact's subsidiary managing the project, said it had listened to the community and used their feedback to hone the final proposal, including noise mitigation.

"Our data centres are designed so they can offer flexible demand which is going to massively support the renewables sector in general by being able to divert power away from data processing to other customers who may need that power at peak times.

"We are effectively building the infrastructure and software to offer this to energy companies and, on the other side, users of computer processing power who are carbon conscious and use significantly lower cost infrastructure because they're offering flexible demand," he told Nine to Noon.

Ganesarajah conceded that his company did target cryptocurrency mining clients, but also machine learning and visual effects studios on rendering or running simulations.

"Anything that requires massive processing and the user only cares about the output but not when they receive the output," he said.

The data centre would require several staff to operate it, though he conceded they would not be huge numbers.