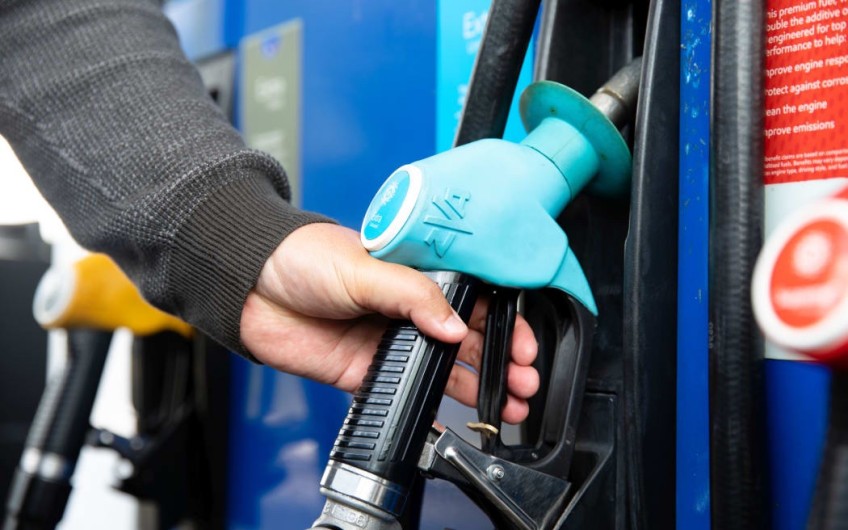 The pain at the pump is expected to worsen over coming months as petrol companies pass on price hikes from a cut in global oil production and sanctions on Russian marine oil tankers.

It's unwelcome news for households already snowed by the high cost of living and rising interest rates.

Those filling up at a petrol station in the Auckland suburb of Mt Albert know every litre counts.

Alma Urbiztondo said her household had noticed an increase in prices on the shelves and at the pump.

"We have sold one of our cars, at the moment the family only has this car. My sister opted to take public transport to cut off a certain portion of the budget."

George Baker said he spent $150 a week filling up his car with fuel and any price increase would put another dent in his budget.

"I'll probably have to take stuff out of my budget because I've got to get to work that's how I get my money."

Jennifer Martin said she would have less money for discretionary spending if the price of petrol rose.

The organisation for petroleum exporting countries, OPEC, will cut oil production by two million barrels a day or two percent of global demand - its deepest cuts since the pandemic began.

Given oil production has been falling short of its target, analysts say the real cut will likely be less.

Gull general manager Dave Bodger said any short supply would be felt at the pump.

"The product we're buying will go up in price and yes unfortunately we will need to pass that on to the motorist. We'll do everything we can to not do that but in the end you can only do so much," he said.

"When the cost of fuel goes up yes we do see a decrease but my gut feel is people don't go to the movies as much."

AA principal policy advisor Terry Collins said there were other headwinds hammering the price of petrol.

"Over the next few months it could be a bit dire. Coming up in December they're going to sanction marine shipments of oil out of Russia. That probably will take about 2 million barrels of oil production out of the market and that will have an impact on prices."

The fuel excise duty is to be re-instated at the end of January, when 25 cents a litre will be added back onto the cost.

Collins said steep price increases for fuel only have minor impacts on people's driving habits - but that could change.

"I'd suggest if you don't have to use the car on a fine day for those short trips, don't use it. The car won't get to its optimum operating temperature anyway, it's going to use more petrol and probably it's good to go for a walk and leave the car in the garage."