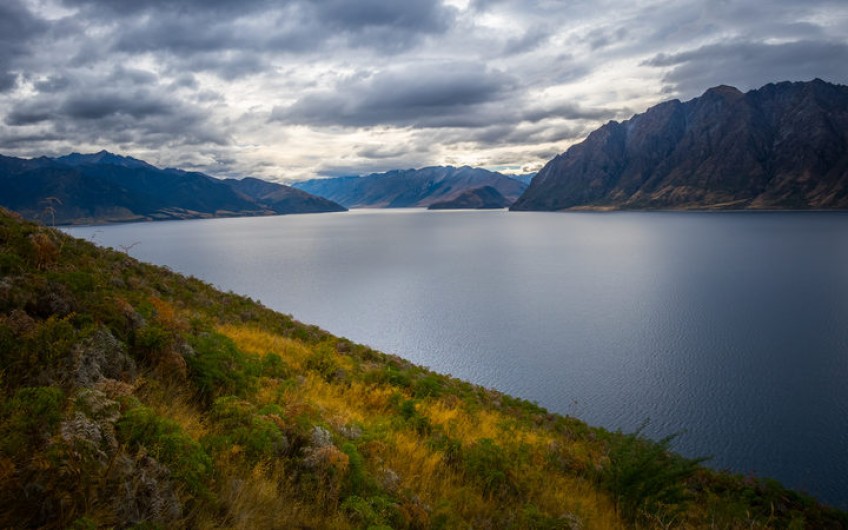 A wastewater treatment plant at Lake Hawea has been breaching its resource consent for seven years, polluting surrounding land with excess levels of nitrogen.

The breach has only come to light after the Hawea Community Association raised concerns with Otago Regional Council.

Otago regional councillor Michael Laws has accused his own organisation of deliberately burying its head in the sand over consent issues.

In a report released by the Queenstown Lakes District Council in December, the Hawea Wastewater Treatment Plant was found to be non-compliant.

It is in breach of four conditions of its resource consent.

It discharged too much effluent on four days last year, it overused a discharge trench, and harvests of vegetation did not happen often enough.

The other breach regarded the amount of nitrogen in wastewater discharged from the plant's oxidation pond.

Hawea Community Association chairwoman April MacKenzie said residents were concerned about what it all meant for local water ways.

"The consent order was presumably put in place for a reason, to try and protect the environment," Ms MacKenzie said.

"There's all this nitrogen going onto the land. They're exceeding their consents by not small amounts but by significant amounts; there are water aquifers in the area which people draw their water supply from and we're really concerned about the risk to the river, and polluting the river."

But during the most recent monitoring period, both of those levels were exceeded, and the report showed that has been the case since 2012.

Ms MacKenzie said both the district and regional councils have failed.

"Queenstown Lakes District Council is at fault for exceeding the consents, it's breaching it's resource consent," Ms MacKenzie said.

"ORC is at fault for doing absolutely, next to nothing, to enforce [the consent]."

That is a view shared by Otago regional councillor Michael Laws.

He said the regional council was quick to clamp down on farmers and other individuals who breached their consents, but had not bothered to check in on a fellow council.

He admitted that ORC had not been seeking them out either.

"ORC monitors literally thousands of resource consents, so we have a quite elaborate process of requiring information from consent holders and reviewing it," Mr Winder said.

"I'd be the first to say that in this instance, we have not met our expected standards in terms of follow up and we should have done better.

"There are a range of other wastewater treatment plants and many, many other consents that will require monitoring."

Asked if he was confident that the regional council was up to date with other wastewater plants and if they were meeting their consents, Mr Winder said he was not confident they were.

"That is not something that I have personally investigated since I've been on the job, since December of last year," he said.

"As I said, in this instance, certainly this does not meet our expectations."

The ORC has recently completed a reorganisation, and is seeking to improve its performance in the monitoring of consents and compliance when it comes to environmental rules.

Mr Laws said he did not have confidence the organisation, saying it just initiated a consents review but did not want to reveal it to the public.

He said that review did not look at compliance and monitoring.

"At the last meeting it refused, by a vote of six to five, to actually do a review of the compliance and monitoring," Mr Laws said.

"So that gives you a fair indication of why, maybe, council officers can get away with what they get away with."

In a statement, Queenstown Lakes District Council spokesman Campbell Weal said the Hawea treatment plant was built in 1987, but has been upgraded over the years.

He said Otago Regional Council had audited the plant on a number of occasions, and said the councils had been in talks about the long-term sustainability of the plant.

It plans to eventually pipe the wastewater from Hawea to Wanaka for treatment and disposal, and the project is currently in the design phase.