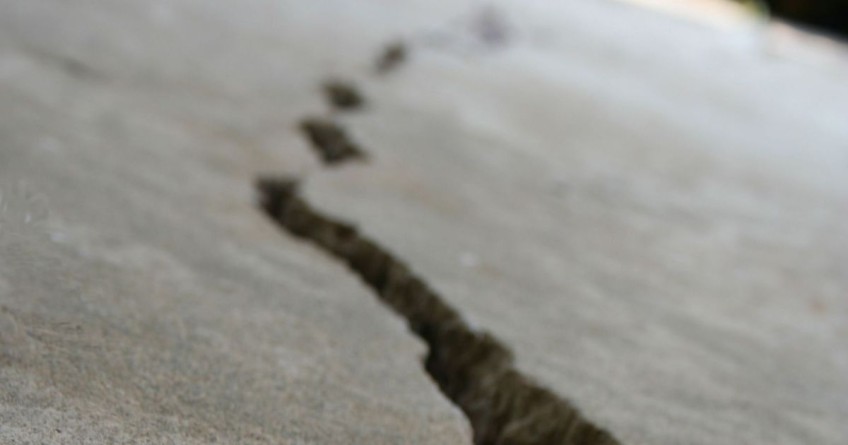 Research: earthquakes anticipated to be more violent than previously thought

The chances of the ground shaking more violently in a quake is much higher than previously thought for large parts of the country.

In some places it has doubled or even trebled.

A new national seismic hazard model has been released today that gives the most accurate forecasts yet of the shaking each town and city can expect, and what to build for.

The major threat from the Hikurangi subduction zone pushes up the hazard in the lower North Island by 1.5 to 2.5 times what it was before.

A few areas in low-risk Northland and Auckland, and high-risk Wairarapa, face triple the previous hazard as before, though that is rare, GNS said. 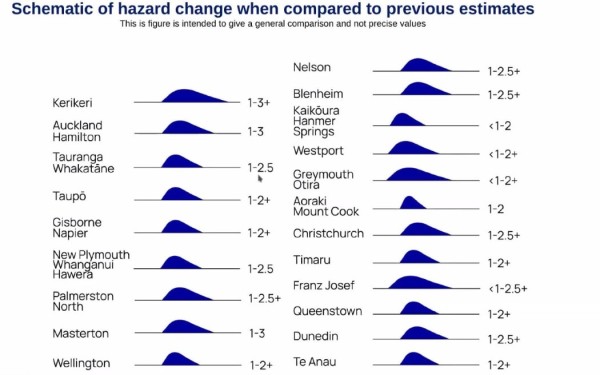 A 1 equals about the same hazard as before, 2 represents twice as much, and 3 treble the previous hazard, while < 1-2 means either the same or half the hazard - while the 'hillock' shows most of the time the hazard is in the middle of the two extremes (Image supplied/RNZ).

GNS seismologist Matt Gerstenberger said the rise in hazard was more a case of a greater range of shaking going on, than of anyone getting a whole lot more earthquakes.

"The shaking that we forecast to experience across any single location in New Zealand in the next decades is about half again as much or maybe twice as much as what we would have forecast 10 years ago," he said.

It's taken mindblowing maths to rate the likelihood of the type of shake, the severity and how often, from the sort of sharp thump of Christchurch 2011 through to the long slow shift that moved Wellington a whole 50cm over a period of 25 seconds in the 2016 quake.

"Overall the numbers of earthquakes is about the same as what we've said in the past," Gerstenberger said.

"It's for any particular earthquake, the range of possible shaking that can happen - that's increasing."

In a few areas on the West Coast - and surprisingly Kaikōura - the hazard comes in at the same or as little as half as before.

Mostly though the rate is up - sometimes sharply so, though by three times as much, "that's not common, that's rare", with a lot to do with a specific site's soil type, Gerstenberger said.

Thirty-one reports spell out the details.

The new model only captures what happens below the ground, not any impact above ground.

Nevertheless, Hawke's Bay Hospital, foreseeing the higher hazard there would be from the Hikurangi subduction, has got in early by working to relocate its new MRI scanning machine and scrutinise other clinical services buildings.

The Ministry of Business, Innovation and Employment is anticipating there will be more demands placed on building designs.

But its chief engineer Dr Ken Elwood can't yet say exactly what.

"It's told us about the likelihood of shaking," he said of the model.

"On its own, it doesn't tell us about the performance of buildings in that shaking.

"So that's why we're working right now with Engineering New Zealand to figure out exactly what changes need to be made in the design of new buildings."

More details of that will come next year.

The ministry has no plans to change the earthquake prone building regulatory system that sets out methods to assess buildings, and deadlines to fix or demolish them.

It is promising any change will take time and consultation.

The model "will not require earthquake-prone buildings that have been remediated to re-remediate", the ministry said earlier.

For new builds, the ministry has put out a seismic guide and engineers have issued a guide called 'Earthquake Design for Uncertainty'.

"We are new to this.

"We haven't been secretly holding the results," Gittings said.

"So it will take some time.

"The range of possibilities for any given particular site, there is a large variability, so how we put that into a regulatory setting is complex."

As for house and contents premiums, EQC said it, too, would take time for the new hazard ratings to be factored into insurance risk.

Gerstenberger said what the model did was combine the greatest volume of data ever on the latest and widest range of quakes, crunched with previously unachievable computing power.

"The national model produces a wide range of forecasts from many thousands of possible earthquakes. And depending on what a community or a user's own risk appetite is, will look at the relevant results for that."

Ground acceleration or the frequency of shaking is another vital factor because more rapid shakes are worse for liquefaction, and longer ones worse for higher buildings.