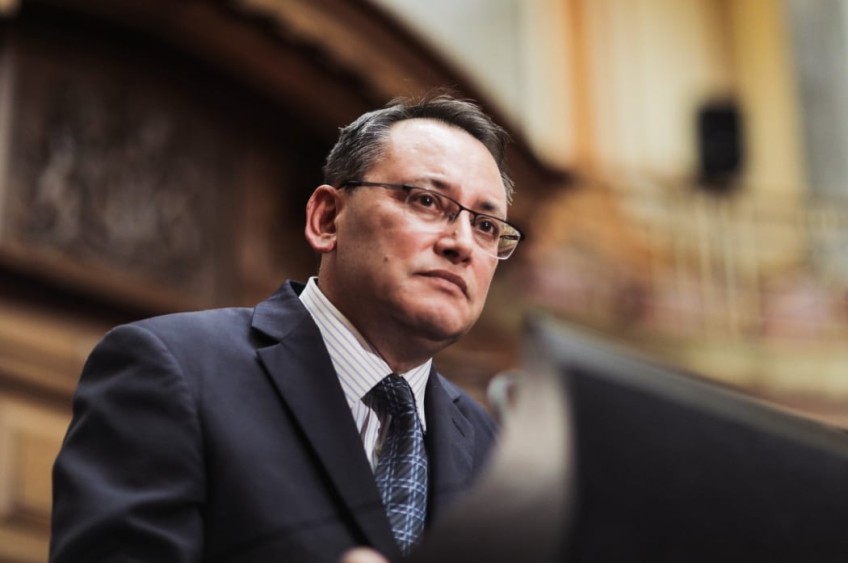 The new national health organisation is being accused of secrecy and spin - and keeping too much behind closed doors.

Before Te Whatu Ora was created in July, the 20 district health boards it replaced held monthly meetings, with open agendas, that anyone could attend.

But Te Whatu Ora releases only a brief summary of its board meeting agendas - and no media or public are allowed in.

The board was accountable for a huge slice of public spending, plus looking after the health of New Zealanders and that deserved scrutiny, he said.

There was nothing like turning up to a meeting to get the sense of what was really going on, he said.

He worried about an increasing cloud of secrecy so early in the piece for Te Whatu Ora/Health NZ, he said.

The senior doctors union, the Association of Salaried Medical Specialists, said it was a big change to close all that off.

Executive director Sarah Dalton said though it was fair to keep some sensitive information secret, the board should open its doors.

"It would be great in terms of the signals that Te Whatu Ora/Health New Zealand are giving to the wider public - that what they're doing is visible, up for debate and open," she said.

Senior leaders at Te Whatu Ora had been good at communicating with and responding to the union, and that openness should be extended, she said.

Te Whatu Ora's chair Rob Campbell said it was a deliberate decision, debated by the board, to keep the meetings away from the public.

It was the early stage of the set up and a lot of what they were talking about involved the appointment of staff, or sensitive cabinet information, he said.

"There's just a whole bundle of things that are going on in our meetings that are just not appropriate to discuss in the public realm," he said.

He and chief executive Fepulea'i Margie Apa hold a half-an-hour media briefing after every meeting to broadly outline what they had talked about and answer questions.

National's Shane Reti said that was not enough.

"I think that will be sanitised spin and that it will be different, I would suggest, from the source when it was first delivered to the table," he said.

Rob Campbell said he there would be no rinsing of information from him.

At their meeting on Friday, they agreed to release minutes, which would be public about a month after each meeting, he said.

Te Whatu Ora was a different type of organisation to the 20 DHBs, and was dealing with things at a different level, Campbell told Morning Report.

"We're discussing things that are highly sensitive all the time and it would be just highly inappropriate to have most of our discussions in a public forum," he said.

"It's not a matter of secrecy. We answer questions every day and we have a conference immediately following our board meeting, which I'm not sure any other Crown entities of our kind do,

we answer all the questions from journalists around the country .

"If we weren't answering questions, if we weren't providing information, I could understand the point. But the sheer fact that we don't hold meetings of this kind in public, when no-one else does in organisations of our kind, is really a bit of a non-issue as far as I'm concerned.

"We will continue to consider any issues about the business, but right at the moment getting on with the work is more important to us than providing occupational therapy for journalists."