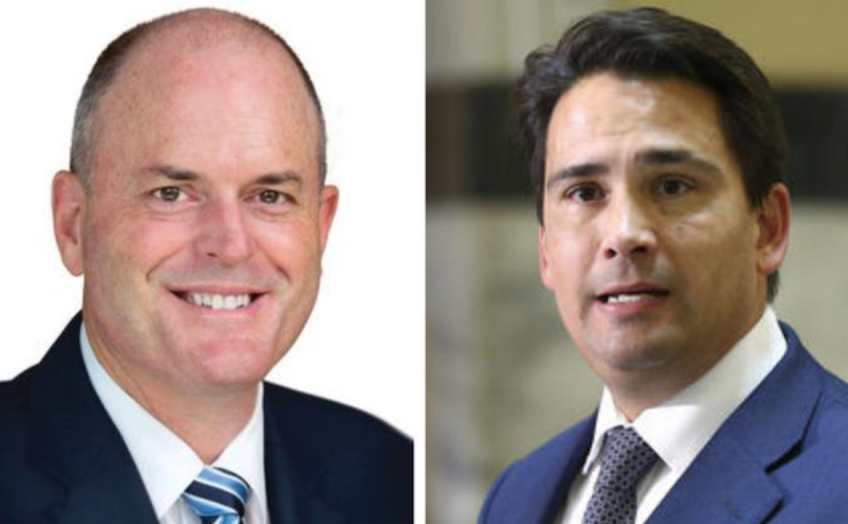 National's leadership vote to set the party's course for the election

At noon, National Party MPs will set the course for the September election and decide whether or not to install a new leadership team.

Simon Bridges called the bluff of would-be contenders Todd Muller and Nikki Kaye on Tuesday, forcing a vote on his position and deputy Paula Bennett after a disastrous poll the night before.

National MPs have been converging on the capital for an emergency caucus meeting, the first time they've come together in person since the lockdown.

This has been a swift and brutal process that's played out out more publicly than many MPs would have liked, and one that may work against Bridges, with some MPs annoyed by his tactic to force a vote and flush out his opponents ahead of the scheduled Tuesday caucus.

Until last night, the numbers looked to be evenly balanced with neither side willing to claim a majority but the 29 percent result seems to have pushed a group of undecided MPs towards the Muller camp, and potentially some who had been backing Bridges.

MPs talk about acting in the best interests of the party but what will be motivating many - namely list MPs and those in marginal seats - is self interest; with these poll numbers many would be out of Parliament. Even if the polls tighten in the next few months many are still eyeing an abrupt end to their political career and today's vote will in part be aimed at staunching any further loss of support.

Another result that will alarm MPs is the approval ratings, or in Bridges case disapproval, at -40. What this means is only 22 percent approved of the job he's doing as National Party leader, with 63 percent disapproving, up from 51 percent disapproving last October. MPs will be seriously questioning whether he has any chance of turning that around in time for the September election, and saving their political skin.

Of course the flip side is whether the unknown and untested Muller could do any better.

Bridges argues the extraordinary coverage Prime Minister Jacinda Ardern has received and the resultant political environment have driven the poll results, but the approval ratings show a correlation between his performance and the dive in the party vote. He did have the opportunity to at least hold the party vote to a level where National would not be decimated, but the lockdown has hardened the public attitude against him personally. The cover of strong party vote polling he's had throughout his leadership is gone.

The emergency caucus meeting will be convened at midday and, by all accounts, it will be head to head battle between Simon Bridges with deputy Paula Bennett, and Todd Muller and Nikki Kaye.

The only possible outlier (and highly unlikely) scenario is if for any reason Bridges does not contest the ballot, MP Mark Mitchell could step in against Muller, but only if Bridges was not in the race.

If it goes as expected, Bridges and Muller will have about five minutes each to address the caucus before a secret ballot. In order to win, one of them has to get a majority plus one out of the 55 strong caucus. Then the same process for the deputy; Bennett and Kaye would not be assured the position but in the past the caucus has voted for the preferred deputy of the chosen leader.

Physical distancing requirements mean the press gallery can't pile into the lobby on the third floor of Parliament to peer through the glass doors and see who emerges from the caucus room. The details were still being nailed down last night but the plan would be to have the chosen team come to the Legislative Council Chamber where past leadership victors (including Ardern and Bridges himself) have been revealed.

Now it all rests in the hands of the caucus.