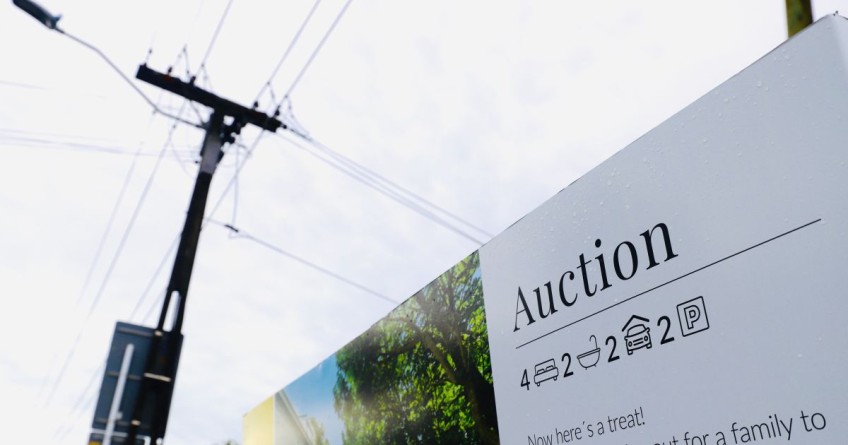 National average house price down for first time in decade

The national average home value has recorded its first annual drop in more than a decade.

"This market correction, as painful as it is for some, will hopefully afford others an opportunity to get into the market in the future," QV general manager David Nagel said.

National values were down in each of the past nine months, or 9.2 percent since the beginning of the year 2022.

"The Reserve Bank's decision last week to raise the official cash rate (OCR) by another 50 points all but ensures that the path we're on will continue for the foreseeable future," Nagel said.

"Plus there are still new houses coming onto the market up and down the country, putting further downward pressure on prices almost everywhere."

Nagel said the drop in values would be a concern for people looking to sell their home, particularly for those who bought at the peak of the market.

"Those areas that have been the most severely impacted are the ones that have had a phenomenal value increase over the last couple of years, those areas like Wellington, Manawatū and Hawke's Bay, they were cranking along 12 months ago around 30 percent gain year-on-year growth.

"They're the ones that have really been hit hard and they're now having this quite significant correction with values coming back, getting close to 20 percent just in the calendar year to date," he told Morning Report.

In the Auckland region, the average value dropped 5.8 percent over the past three months to $1,358,710, with falling annual growth dropping into negative territory at 2.4 percent.

Queenstown was alone with 0.2 percent growth in the quarter, while the Wellington region saw a drop of 9.6 percent.

"Of Aotearoa's largest cities, Christchurch's residential housing market continues to demonstrate a greater degree of resilience than either Auckland or Wellington," Nagel said, adding the Garden City's average home value was down 2.5 percent in the quarter to $764,150.

Contributing to the city's market resilience was the headstart it had in addressing housing scarcity following the Christchurch earthquakes, Nagel said.

"It was a little bit late getting to the party in terms of really having the values tronk along so [there's] the old addage that the higher you go the further you have to fall and Christchurch never had those big gains, so [it's] just a little bit delayed but still the same direction just less impetus on the declines."

Outside of the main centres, the number of towns and cities with net positive home value growth was shrinking every month, with none reporting double digit growth.

"The usual spring bounce in activity in the residential property market hasn't eventuated to the same degree as it has in previous years, but there are still plenty of active buyers out there, and deals are being done despite so much uncertainty," he said.

"Large volumes of listings are giving purchasers plenty of choice and negotiating power, but it certainly looks as though sellers may still be in for a rough ride yet."