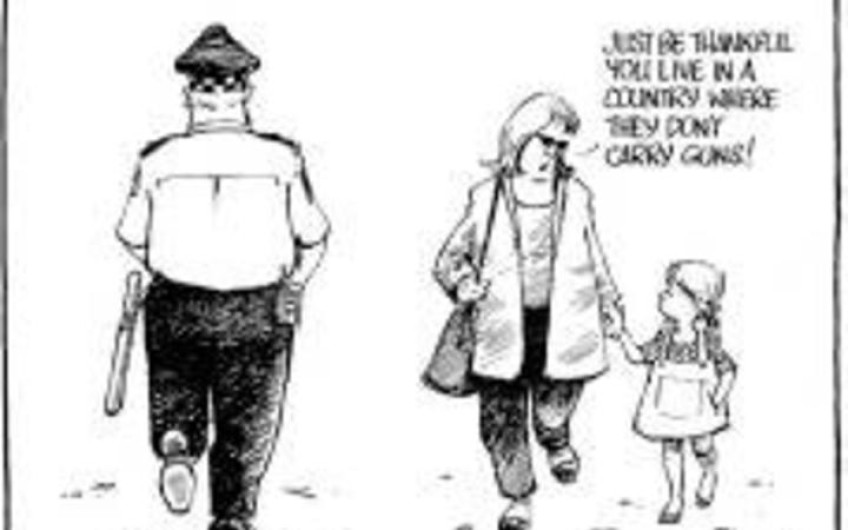 Sexual abuse survivor Louise Nicholas is demanding an apology from the Otago Daily Times and its cartoonist Garrick Tremain after revelations he made light of her rape case.

First Up was alerted to the 3 February 2004 cartoon by former employee Amy* who said its editor Barry Stewart laughed at her 15 years ago when she demanded the cartoon not be published.

It comes after Mr Stewart was forced to apologise on Tuesday after publishing a cartoon by Mr Tremain labelled by many as racist and insensitive which joked about Samoa's measles epidemic. The paper also announced it would no longer publish Mr Tremain's work while it carried out a review.

The outbreak of the disease has killed at least 62 people, most of them young children.

Mr Tremain told First Up on Wednesday he saw nothing wrong with the cartoon and he would not be apologising "to the entirety of the Samoan nation", but later published an apology on his website "to those offended".

Amy* said it showed nothing had changed.

The 3 February 2004 cartoon made reference to the Louise Nicholas rape case, just days after details of the rape were made public. It showed a mother and a young girl walking past a policeman with a baton hanging off his belt, and the mother telling the young girl to "be thankful you live in a country where they don't carry guns".

Amy said her job at the time was to process the cartoonist's drafts before showing them to the editor, who would give them a final sign off before publication. She said her "heart stopped" when she first saw the cartoon.

"It doesn't take a genius to put two and two together and realise that this was absolutely a direct reference to a particularly horrific detail of the Louise Nicholas case in which a teenager was pack-raped by New Zealand police," she said.

Ms Nicholas had not seen the cartoon before she was contacted by First Up, and said she was furious at Mr Tremain's "sick sense of humour".

"At that time I had just come through telling New Zealand about what had happened to me by members of the New Zealand police and that story broke January 30th 2004," said Ms Nicholas.

Ms Nicholas said there was no mistaking what the cartoon was suggesting.

"This guy Tremaine has got a pretty sick sense of humour and for the editors back then to allow that to be published, they're pretty sick as well," she said.

Amy also said the messaging of the cartoon was obvious.

"If you were a news-viewing citizen, if you were reading the news at the time, the Louise Nicholas case was extremely high profile. It was absolutely shocking for its time. It was sort of like the very first high-profile case of its kind like this and that detail of the case was particularly prominent because it was so shocking," said Amy.

"No, it didn't take a genius to put two and two together that that's exactly what this cartoon was alluding to."

Amy said she had tried to convince her editors the cartoon should not be published.

"I printed it out, which was my job, and I took it through to the editor at the time - Barry Stewart, who remains in the role - and I took the news editor with me who was on that night, and I said to both of them 'this is unacceptable, we can't publish this. It absolutely must not be published'.

"And they both just laughed in my face and I was told to put it through. So I processed it and it was published."

Ms Nicholas said she was not surprised Amy's concerns were dismissed.

"That's what it was like back in those days. That was the mentality of people's thinking around sexual violence, and for a person to put their hands up and say 'hey, actually, that's not appropriate considering what's going on' and for them to be laughed off or dismissed  - I can only say that I thank that person very much for their support - but again, I'm sickened by whoever allowed that to be printed."

Mr Stewart and cartoonist Garrick Tremain both declined requests for an interview, but in an email Mr Stewart said he had absolutely no memory of the cartoon so could not comment.

Ms Nicholas said people needed to realise the impact cartoons could have on those closely affected by their supposed jokes.

"The wrong thing about this is actually - for all the bad that is happening - to make a mockery of it. You know, not just my stuff but what's happening in Samoa and all these other cartoons," Ms Nicholas said.

"There's just no common decent thought around how this can affect and re-traumatise people. It's just incredible."

Amy was not convinced an apology would be enough.

"I don't know if he gets it. I just don't know. I mean, these cartoons have been published year in and year out that are offensive. If you don't get, you don't get it," said Amy.

"So surely only one offensive cartoon needs to be published before people realise they're causing hurt and harm and trauma. If you want to keep doing that, then there's something seriously wrong with you. I don't think his apology extends far enough.

"When's the next one, you know? When will there next be people crying in the street because they're so outraged about something like this. This was early in my career working in the media and that's when people like editors should be inspiring young aspiring media people, not disgusting them with their behaviour."

Ms Nicolas said she hoped this could be used as a learning experience.

"You can't go back and you can't change it. But you can ensure and make promises that need to be kept that you will never allow this sort of stuff to happen again for everybody's sake."

* Amy is not her real name