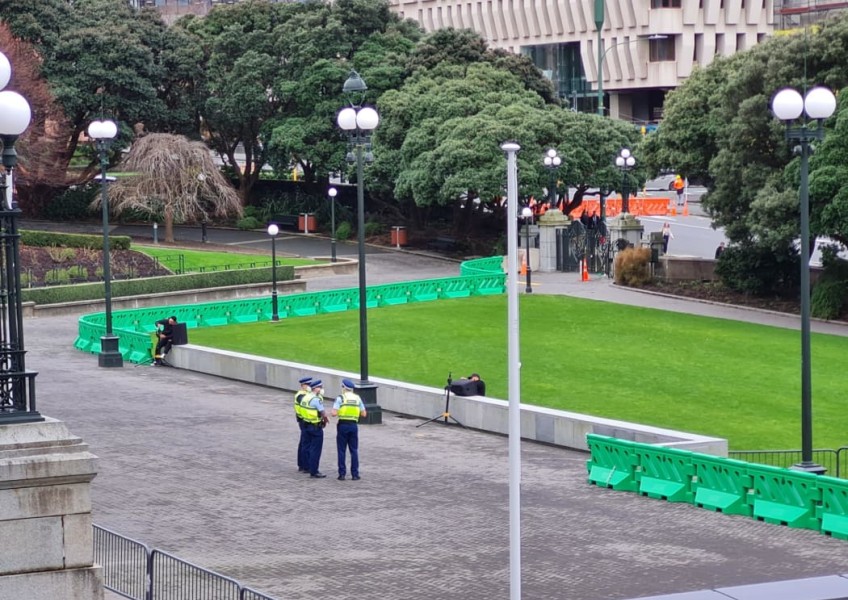 Some roads in central Wellington are closed and police will be out in force today as a large anti-government protest heads to Parliament.

Extra police have been called in from outside the Wellington police district.

Police had spoken to counter-protest groups and were expecting less than a hundred people at those demonstrations, he said. Both parties had said they intended to protest peacefully.

A traffic management plan is in place to restrict unauthorised vehicle movement and parking around Parliament until the protest ends, a police statement said.

The action is organised by a group associated with Destiny Church.

Its leader Brian Tamaki is expected to announce that he is forming a new party he hopes will draw votes from a number of anti-government groups, including those which are against Covid-19 public health measures and vaccine mandates.

Police said any behaviour deemed unlawful would not be tolerated.

"Trespass orders remain in place for some people who were trespassed from Parliament earlier this year and we will look to enforce those orders," police said.

Protesters will be allowed onto the grounds, but not onto Parliament's forecourt.

The main group will meet at Civic Square from 10am, and will march to Parliament at about 11am.

It is slated to finish up about 2pm.

A separate group has organised a counter protest.

Some roads are closed around Parliament which could cause delays so peoples should plan ahead.

Māori Wardens and Pacific Patrol will be walking the streets.

All the cafes and bars near Parliament spoken to by RNZ yesterday said they would be open todat - but are expecting a quiet day with many civil servants expected to work from home.

He said the occupation earlier this year drove away customers.

However, preparations have been made this time.

"If things happen we can call security, we've got a panic button there to use, or we can call the cops.

"Whatever happens we've got [it] covered."

Tommy asked protesters to be calm and peaceful, and once they had made their point - go home.

Another cafe manager, who did not want to be named, said business had been down this week.

The public - and protesters - were welcome today - but people must behave, he said.

"If you want to come in and have a coffee that's cool, [his cafe] is going to be a safe haven."

Regulars had told him they would be working from home tomorrow so he was expecting it to be very quiet, he said.

Meanwhile the nearby Courts (High, Appeal, Supreme), Victoria University of Wellington's downtown campus and the National Library all planned to stay open.

Main image (RNZ/Rosie Gordon): Police officers on Parliament's forecourt ahead of a planned protest on August 23, 2022.